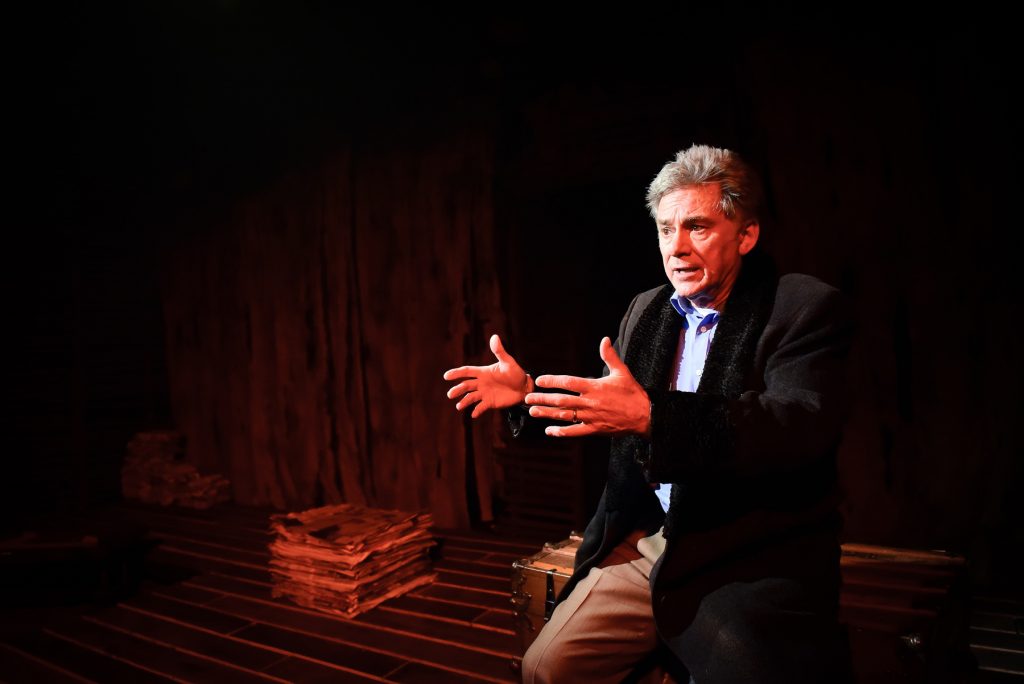 Lucky first- or second-generation Americans inherit a gold watch or Dresden china from their immigrant ancestors. Matty, the apparently semi-fictitious protagonist and narrator of Matty Selman’s “Uncle Philip’s Coat,” is not lucky. He is the reluctant beneficiary of the title garment, an ancient and tattered overcoat so pungent it makes a museum curator who is examining it gag. This tautly written, deeply felt and beautifully staged one-man show presents family history as a ragged, awkward thing that nobody really wants but which cannot be easily gotten rid of.

Greenhorn, eccentric, luftmensch—this is Uncle Philip, the immigrant who never quite adapted to the pragmatic opportunism of the New World. His coat contains his entire story, hiding him as a child during a Ukrainian pogrom and later protecting him from cold weather and indifference as he peddled odd wares on the Coney Island boardwalk, with the merchandise hanging on hooks sewn into the lining.

If the play has a flaw, it’s the framing story of Matty’s attempt to dispose of the coat. The chronology is iffy—if the story takes place in the present, as it seems to, then the chronically hungry and neglected Uncle Philip succumbs to hypothermia at the ripe old age of one-hundred-and-fifteen or so. Nor is it clear how the coat evolves from trash to treasure in Matty’s eyes, by the end symbolizing not just his past but also his own identity and destiny.

But as Uncle Philip would say, “It’s not the point, it’s not the point.” The real point is Uncle Philip’s meandering, tragicomic and just plain gorgeous end-of-life monologue, which is as much Beckett as Borscht Belt. “The more I talk the deeper I sink in mud,” declares the old man but from that muck he extracts sharp, gemlike insights. They lift this hardscrabble immigrant’s tale above the usual schmaltzy sentimentality and transform it into something deep and personal. (Hugh Iglarsh)