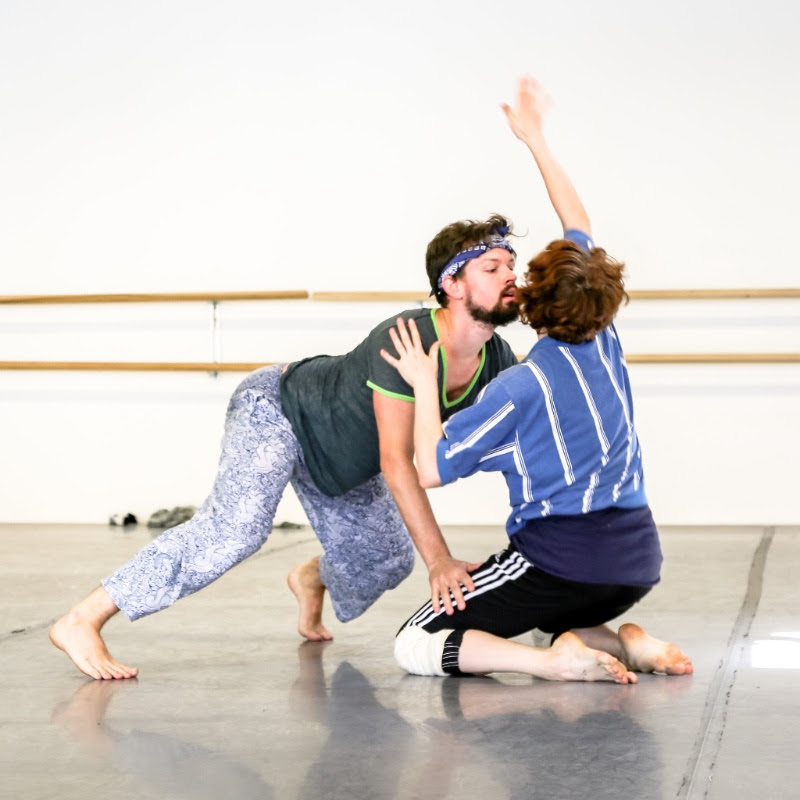 At the heart of “Honey,” the first production by Joanna Rosenthal Read’s Same Planet Performance Project (formerly Same Planet Different World), are the infinite possibilities of dance in the 1970s. Partly inspired by photographer Bill Bernstein, who covered for the Village Voice the antics and personalities of Studio 54 and the clubs and lofts where disco was born, the premiere weekend played to a small but full house. Transforming Dovetail’s front studio with the help of pipe and silver draping, a house fire of a fog machine, a corner installation of gold balloons by John Wilson, a record player and pile of broken LPs, the performance opens to the sound of cars swishing past in the first, damp snow of the year. It heats up quickly. The four dancers, Michelle Giordanelli, Kate Kislingbury, Christopher Knowlton and Michael O’Neill make their way through the audience, stripping down to the unbuttoned shirts and hip-huggers of Vin Reed’s costume design. Dissipating in the fog, the four dancers are shrouded in the hazy brass cloud of Joshua Paul Weckesser’s lighting, evoking the Solid Gold dancers of the era, executing the first section of the performance in a dense silence, leaving viewers to fill in their own memories of the music or imagine what it might have sounded like. The movement starts with O’Neill and spreads through the others like a virus, quiet but energetic until they break away for a duet by Giordanelli and Kislingbury that moves into impressive backbends. O’Neill re-enters, drawn in again by this display of flexibility, on his side like Burt Reynolds posing for Playgirl. Read’s choreography pushes and works the boundaries of conventional movement vocabulary, full of hip thrusts and sex, hunting for more than individual experiment. Knowlton faces the audience, his face that of a newcomer to the cultural moment, stricken with recognition of a safe space for open sexual expression that existed prior only in his own imagination. He dances half the show bare-chested, flaunting the chiseled muscles of a finely tuned dancer’s body that I wish he’d done more to demonstrate fine motor control over. But his expression of wonder ushers in the liberation that powers the whole effort: each subsequent sequence continues a narrative of reveling in the discovery of physical, sexual, appetitive selves—moving through pairings that evoke the exploration of open sexual excess in a culture awakening to itself. Gay and straight, men and women, they clamber for more in the amity of the public dance floor, up atop one another’s shoulders, piling in mock-orgiastic glee, legs pulling back, arms twirling, until they’re dripping sweat, going at it hard. Part catharsis, part desperate satiation of curiosity, Giordanelli gets the parting shot, angular features framed in a flounce of red hair, back to the audience facing into the field of stars simulated by the disco ball (was it always stars?), fading out in a revelry of self-infinite, uncontainable, introspective and sweet. (Michael Workman)