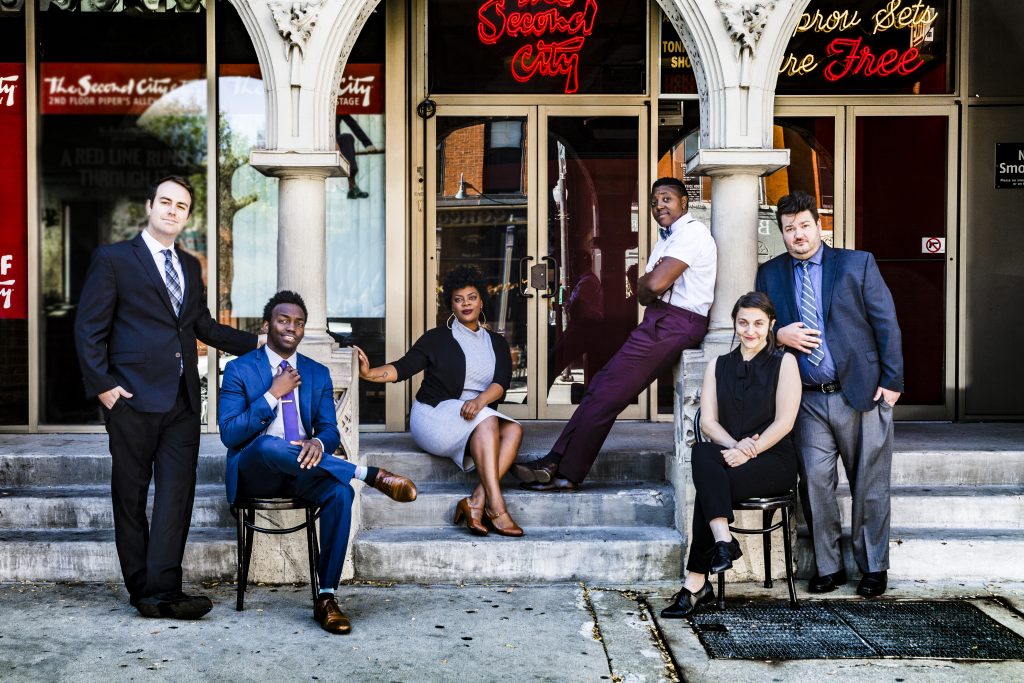 “At some point in 2016 America was broken,” intones a cast member in the opening minutes of The Second City’s latest mainstage production (its one-hundred-and-fifth, but who’s counting). Shortly thereafter this is amended slightly and rendered a bit more realistic: “America was broken but maybe it was never whole in the first place.”

This brokenness (or perhaps, as the title claims, discontent is a better word) is the underlying premise that permeates even the funniest sections of this two-hour revue that often goes to great lengths to pull some of our society’s most deep-seated ills out of the shadows, look them square in the face and find a way to laugh at them.

From the female experience in a professional setting (captured in a behind-the-scenes look at the filming of a sports drink commercial) to racial concerns (a “real talk” grandmother offering only cold comfort to her grandson on the results of the recent election) and class division (a mother and son smoke a joint in the driveway and examine the differences in their lives), the six-person cast (Shantira Jackson, Paul Jurewicz, Kelsey Kinney, Martin Morrow, Rashawn Nadine Scott and Jamison Webb) manages to take serious hot-button issues and overlay them with comedic structure without crossing too far into absurdity and abandoning their grounding in reality. Some scenes get a lot more real than audiences may expect, exchanging punchlines for emotional gut-punches.

There’s a trade-off with this approach to sketch comedy. For the most part director Anthony LeBlanc guides his cast through these serious moments, delivering the message-laden goods briefly before smoothly bouncing back into more familiar comic turf. However, a few scenes reminded me of something Leslie Jones told GQ in July: “People right now are so busy trying to teach shit when they’re doing comedy.”

These may all be worthwhile lessons but given the fact that they’re being delivered on the stage of a comedy venue, they still have to be embedded with humor. In this regard two performers stand out for their skill at blending emotional subtlety with laughs. Returning cast member Paul Jurewicz—now in his third mainstage revue—can capture existential despair in a fleeting gesture or expression, somehow allowing us to laugh at the pain of his characters. It’s a powerful skill for a comedian to have, especially since Jurewicz is equally comfortable with slapstick physical humor.

But it is newcomer Shantira Jackson—making her mainstage debut—who consistently demonstrates an uncanny ability to imbue a given moment with both deep angst and unbridled hope (and yes, laughter). Early on she gives a spoken word monologue about “Black Heaven” that manages to be incisive, insightful, inspirational and, perhaps most importantly, hilarious. If comedy is meant to guide us through these divided and uncertain times, Jackson is the kind of leader we should look to. (Zach Freeman)