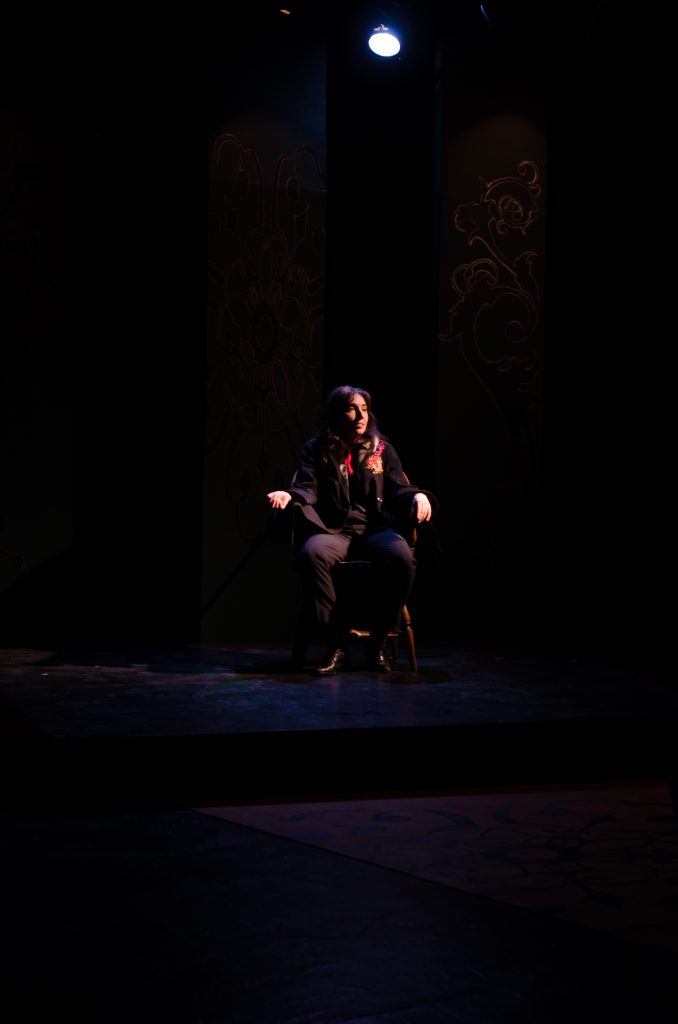 Oscar Wilde knew how beauty is ill-used in an insensitive world. His short stories for children warn of selfless nightingales bleeding themselves dry to turn white roses red for ungrateful lovers, sympathetic statues flaying themselves of their gilding to succor the poor before collapsing into anonymous piles of dust, ugly dwarves falling in love with princesses who humiliate them even after they are dead. His only novel describes a man who exploits his own beauty to commit immoral acts. Yet in Moisés Kaufman’s “Gross Indecency,” Wilde—as a man speaking the words of “The Picture of Dorian Gray” as if it narrated his own life—venerates beauty above all else, arguing that it is a law unto itself.

Kaufman’s 1997 play oscillates between fiction and reenactment, culling lines from memoirs, letters, reviews, court documents and Wilde’s literary works to create a collage that partly describes and partly enacts the tragic persecution of one of Victorian England’s most brilliant writers for the crime of homosexuality. As in any courtroom drama, the play threatens a certain pedantry in the dissection and discrimination of alleged facts. Yet where a judge ought to sit, there is Wilde (Jamie Bragg), more regal than a person has a right to be, confined to a chair on a platform, at first a throne and then a prison, for nearly the entire two hours of the play’s run.

Bragg is subtle and flamboyant all at once, delivering Wilde’s epigrams with ease, shimmering with tearful awareness of the mortality and injustice that all the brilliance and defiance in the world cannot keep at bay. Heather Smith’s Bosie is spoiled and petulant, the unworthy beauty Wilde stakes his life upon. Yet director Brian Pastor’s “gender-blind” casting seems an equivocation here, making the effeminate aesthete more palatable by packaging him in a feminine body.

Dorian Gray discovers his truth in the work of art. So does Kaufman’s Wilde, when he must live the words he had written, “It often happens that the real tragedies of life occur in such an inartistic manner that they hurt us by their crude violence, their absolute incoherence, their absurd want of meaning, their entire lack of style.” (Irene Hsiao)