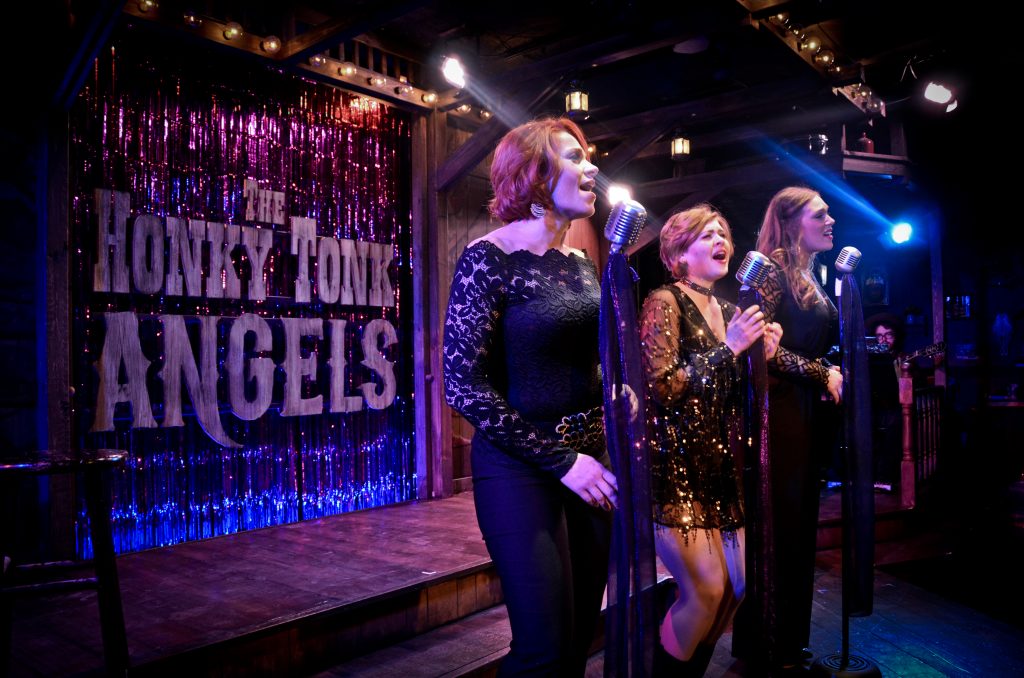 Cheesier and more wholesome than a tin of Garrett Popcorn, “Honky Tonk Angels” arrives as a non-Santa-oriented holiday treat. Written by Ted Swindley (creator of “Always…Patsy Cline”), this musical revue is partially dependent on the audience having some familiarity with the source material. To that end, “Honky Tonk Angels” offers a very impressive playlist of country gold, featuring everyone from Willie Nelson to Tammy Wynette and Bobbie Gentry. It is hard to imagine anyone, even a hipster from Rogers Park, not clapping along.

Singing these hits are the impressive Jacquelyn Jones, Colette Todd and Leryn Turlington who are backed by a very engaged and entertaining four-piece orchestra. All three actresses do well when belting out solos but they really shine when harmonizing together. Director Courtney Crouse keeps everything moving at a good pace while the minimalist stage setting and the intimate confines of the No Exit Café are used to good effect.

What “Honky Tonk Angels” needs, however, is a better story. As it is, the plot centers on three underappreciated women meeting on a bus headed to Nashville. Fast friends, they decide to sing together and in no time at all they become the star attraction at the neon lit Honky Tonk Angels Bar. Together they experience no hardships but spend most of their time on stage singing about heartache and betrayal. The limited dialogue is awkward at best and their transformation at the end is entirely unbelievable.

Make no mistake, the production does not pretend to be a fully fleshed-out musical. But it might have made sense to skip the story altogether and just allow the performers to do their thing. But until then this will have to do. (Noel Schecter)