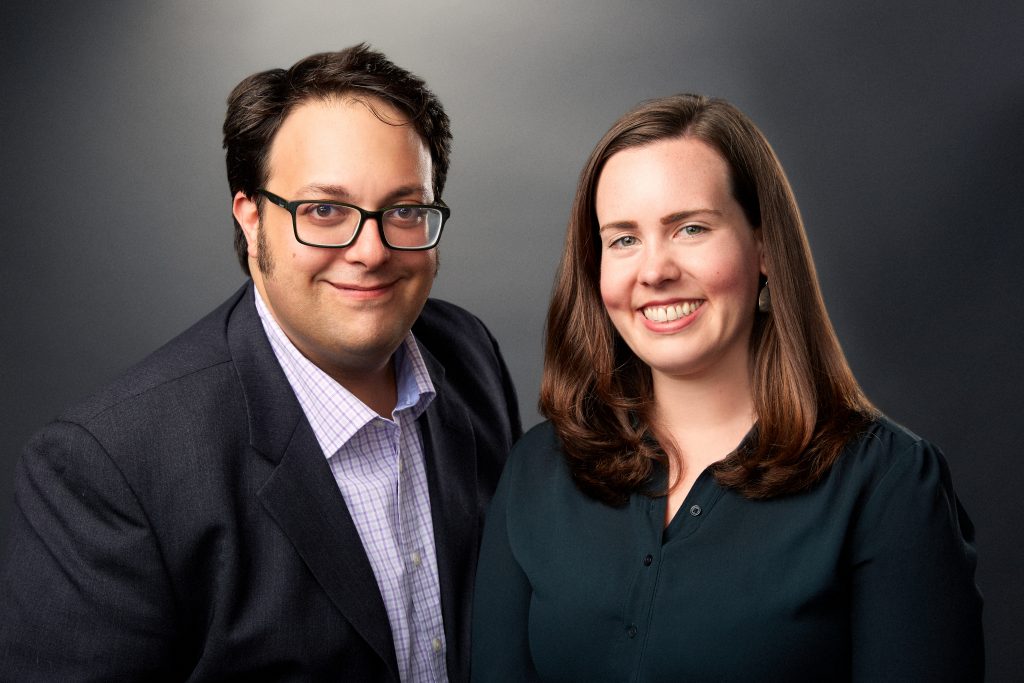 As far as artistic mediums and their ability to react to the world around them are concerned, theater is in the unenviable position of being tethered to corporeal realities. While music and imagery are easily transferred all over the world, performance is ephemeral and geographically specific. Instead of “pick up a guitar and write a song,” it’s more like “open up Excel and write a budget proposal.” Even the swiftest responses can feel sluggish compared to the immediacy of a photo, video, song or essay.

And yet, Jason A. Fleece, one half of the new artistic directing team at Stage Left Theatre, sees some advantage to being forced (in the words of the musical both he and his co-artistic director Amy Szerlong are obsessed with) to wait for it.

Fleece ardently believes that art and politics are inseparable. The three years of his MFA program at DePaul University roughly coincided with the end of the Bush era, during which time he had become interested in politics. It was shortly thereafter that he discovered Stage Left. He describes the first play he saw there, Mia McCullough’s “Spare Change,” as being “explicitly political but not a diatribe.” He continues, “And I thought ‘This is exactly what I want to be doing!’”

While Fleece speaks breathlessly on a wide range of topics, his artistic partner is more measured. “I’m the clown and she’s the straight man,” he jokes. Szerlong nods in reluctant agreement.

Currently in the midst of their thirty-fifth year of programming, Stage Left is still very much in the planning phase for their first season under the presidency of Donald J. Trump. And yet the issues that played out over the course of the election campaign were familiar to the company, which produces plays with subjects and themes that fall in morally, ethically and culturally underexplored areas. “The Bottle Tree,” which closed last month, concerned a family of gun owners torn apart by an act of violence.

Taking over artistic leadership of a company that has made it their explicit purpose to engage with and explore the types of narratives and subject matter that Stage Left does is a high stakes endeavor. And yet, I get the sense that these two have been in constant motion since the results of the election came in.

“I don’t think I’ve ever been more inspired and energized by anything,” says Szerlong.

For the leaders of the company, the opportunity to reflect and respond to the Trump administration represents a mix of anxiety and excitement. Fleece draws an analogy to music, citing the more inclusive Summer of Love sixties and the burn-it-all-down hardcore punk of the eighties as reactions to the political atmosphere of their respective eras.

“We have to figure out which one of those we want to be,” he says excitedly.

“And we want to know if we can be both,” adds Szerlong.

The way these two leaders balance each other will be vital as the company moves forward, if for no other reason than for the sense of uncertainty Trump brings with him.

“We don’t know what Trump art looks like,” observes Fleece. “’Hamilton’ is very much an Obama play. ‘American Idiot’ was very much a Bush play. We’re too close now to know what Trump plays are. Our hope is that we can help to define that and bring those to the forefront.”

Arguably their first work of “Trump Art,” in January Stage Left will open, in conjunction with Cor Theatre (an edgy young company lead by Tosha Fowler), María Irene Fornés’ “What of the Night?” a dystopian epic centered around one family’s desperate attempts to lift themselves out of the seemingly endless cycle of poverty. Previews begin less than two weeks before Inauguration Day.

Programming during an election year can seem like a catch-22. Do you distill the anxieties of your audience or do you attempt to offer them some respite from the overbearing negativity of the campaign trail? The key seems to be to find a play that will resonate no matter what the outcome.

“As sad as it is to say, this was going to be relevant regardless who won the election,” notes Fleece.

Co-productions are a form of theatrical fusion that seem to be in vogue in our city at the moment. They represent a chance for theaters to exchange ideas and best practices. Szerlong mentions these kinds of “intersections” as being not only an essential part of co-producing but of the broader purpose of theater.

“Our mission is to incite debate,” she says emphatically. “And while people could read that and think of it as a divisive thing, we really strive to bring people together. Debate can’t happen unless there are two sides of an argument.”

Though there is much anticipation and even more speculation about what the coming years will bring politically, socially and artistically, Fleece and Szerlong are eager to get started though they recognize the importance of balancing assertive action with thoughtful reflection.

“We feel tremendous responsibility to move forward in the most productive, collaborative and inclusive way possible,” concludes Szerlong. “We are very aware of the power we have. I feel lucky. We are excited and want to get to work.”