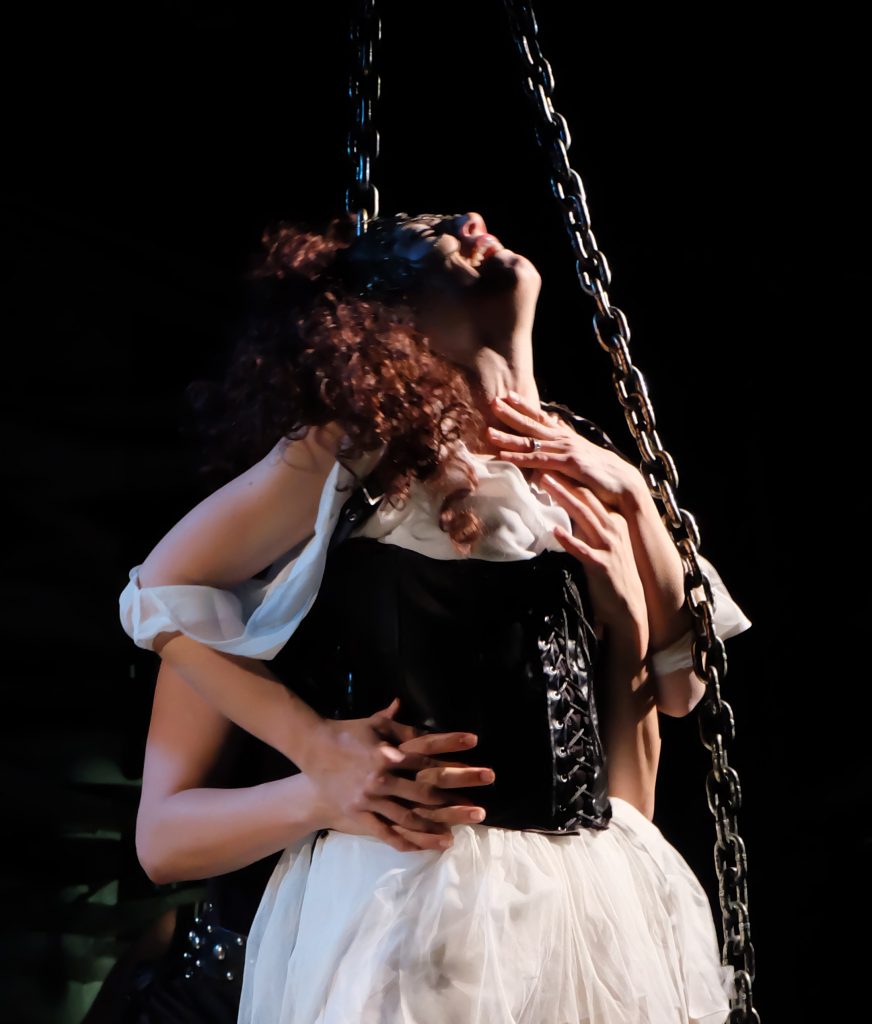 The tragedy of this “Phèdre” isn’t so much the internal conflicts within the noble but flawed characters as it is the even more dire clash between the play’s stately, somber spirit and director Nicole Wiesner’s busy, gaudy concept. Watching this effortful production, one senses something close to hostility on the part of the director toward the text as she attempts to wrestle the ancient, symbolically rich story into postmodern spectacle. Fortunately, the underlying narrative is a potent one and in the end the lessons of the Greek myth manage to hit home, despite the best efforts of all involved.

Jean Racine’s seventeenth-century masterpiece recounts the doom-laden and incest-tinged encounter of the title character, the queen of Athens and wife of the Minotaur-slaying hero Theseus, and her stepson Hippolytus, bastard son of a captive Amazon. Cursed by some vindictive god, Phèdre falls fatally in love with the priggish prince, who has no time for amorous pursuits, especially of the taboo variety. Hippolytus’ icy ways offend Aphrodite, goddess of love. Hubris leads predictably to nemesis, in the shape of his scorned and love-sick stepmother.

Freud himself couldn’t better capture the battle between raw desire and inhibition or show how this inner dialectic plays out as divinely orchestrated fate. But amid the histrionic delivery, the spasmodic gestures, overdone sound effects and the leather-and-lace Kit Kat Club atmosphere, the nuances are lost.

Dennis Bisto is a solid Hippolytus, at once staunch and vulnerable. Tiffany Bedwell acts her heart out—to a fault—as the imperious but self-loathing Phèdre, who declares that “love spreads like poison in our family.” But why is the dramatically dead butch character of Theramenes (John Kahara), Hippolytus’ friend and confidant, tarted up in fishnet stockings and mascara as thick as drywall? Whatever shock value this directorial choice might have comes at the expense of thematic coherence and integrity. And in a story as sad as this one, Phèdre’s dominatrix outfit, courtesy of costume designer Rachel Sypniewski, just adds insult to injury. (Hugh Iglarsh)