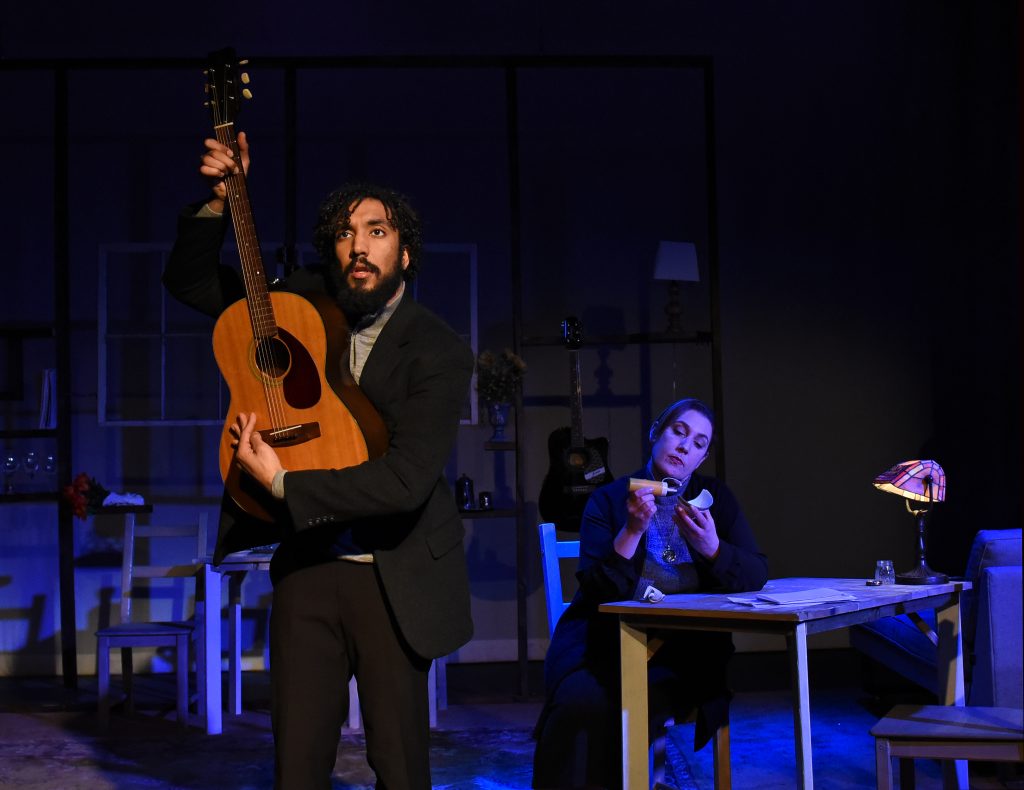 In another dimension, where all the dramas of the world play ever and always, Vanya is forever discharging his pistol at Serebryakov and forever missing his mark—again the humiliation of an insignificant man futzing the only moment he is given to make a difference, again the futile expression of the rage of a life barely lived, again the disgrace of existing in the debris of a decision better unconsidered. After the gunshot, what remains? After the curtain, who is Vanya, besides the man who failed?

Rasaka Theatre Company’s production of Lavina Jadhwani’s “VANYA (Or, ‘That’s Life!’)” begins at the departure of pompous old professor Alexander (Bill Chamberlain) and his young wife, Yelena (Tiffany Renee Johnson), after Vanya (Rom Barkhordar) doesn’t manage to shoot one or seduce the other. However, Jadhwani’s adaptation runs Chekhov’s scenes in reverse order, reopening the characters to an interpretation that does not rely on the cruelty of their fates by returning them to springtime and to lives not yet drained of their potential. Though something of a gimmick, the trick has value—if the story told in reverse can restore possibility to these deadened figures, by extension, isn’t the end of the story, now the beginning, also ripe with opportunity?

Rasaka’s production highlights the colonialist aspect of Alexander’s character, making Vanya’s cultural subjugation also a racial one. Alexander’s suffering daughter Sonya (Puja Mohindra) is practically an orphan, set aside in favor of the dangerously beautiful Yelena. As Vanya, Barkhordar is a man gone to seed, a grizzled figure yelping with frustration. His counterpart, the environmentally conscious doctor Astrov (Richard Costes), subdues his awareness of his feckless existence with alcohol.

As an ensemble piece, the play generally works. Yet the tone of the play seems to require more thorough probing. Chekhov’s “Uncle Vanya” has been famously ambiguous in genre, toeing the line between tragedy and comedy, realism and absurdism. Jadhwani’s “VANYA” attempts to occupy the same position but, with all the characters overtly aware of the future that awaits them, the archness of the play threatens to spoil the balance with farce. (Irene Hsiao)