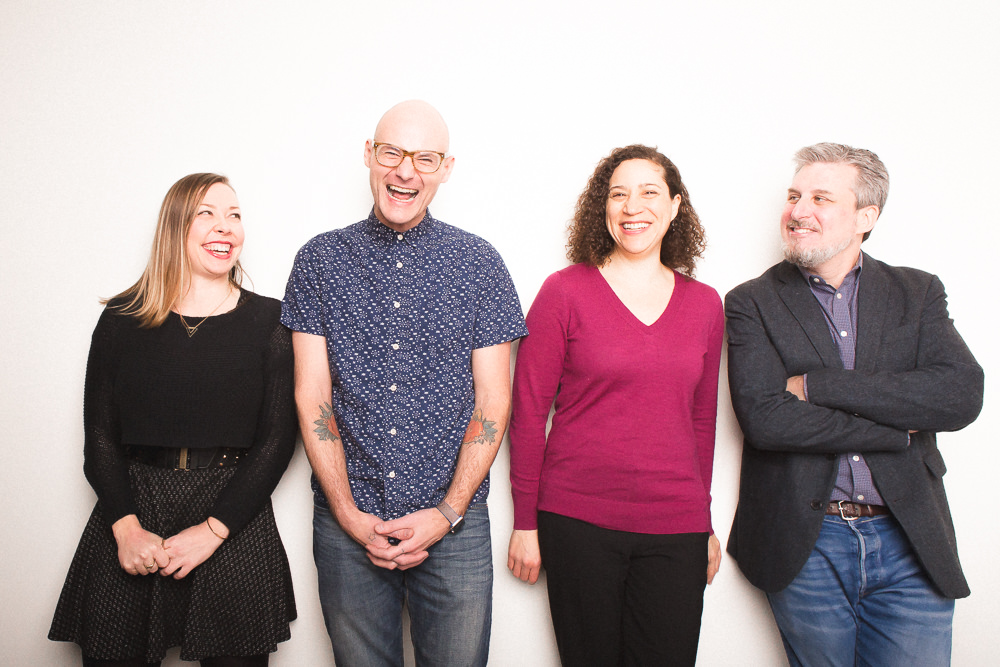 The last year has been an eye-opening one for many of us. Events transpired on the local and national level that were often dispiriting and frequently horrifying. Yet throughout the year, the arts community responded in a manner that was as edifying as it was unprecedented: An outpouring of support for diversity, celebrations of inclusion and the formation of an organized resistance to bigotry and intolerance. While many of these acts occurred on stage, many more happened out of the spotlight, in standing-room-only townhalls, cramped meeting rooms and unglamorous offices. In these spaces, plans were made, coalitions were formed and actions were taken by the artists and activists who help make our city a sanctuary of justice to those maligned by mongers of hate. And so it is with great pleasure and even greater honor that we introduce these doers of deeds and makers of change: The 2017 Players. (Kevin Greene)

1
Criss Henderson and Barbara Gaines
Executive director and artistic director, founder, Chicago Shakespeare Theater
It comes but once every one-hundred years and Chicago Shakespeare Theater made sure to make the most of it. The centennial of William Shakespeare’s death was celebrated everywhere from the symphony to the storefront and seemingly most places in between, such that the presence of Shakespeare’s immortal spirit was nearly ubiquitous in the city this past year. Not to be outdone by the bevy of cultural side dishes and memorable short runs from acclaimed international companies, Barbara Gaines also snuck in her two-part, half-day epic “Tug of War.” Ill content to rest on their laurels, executive director Criss Henderson and company are in the process of expanding CST’s domain by claiming an even greater chunk of Navy Pier. The Yard, the company’s in-the-works third stage, will feature a series of moveable towers allowing for a variety of staging configuration. Construction is expected to be completed by this time next year. With any luck, the expansion should keep patrons coming back for at least the next one hundred years. 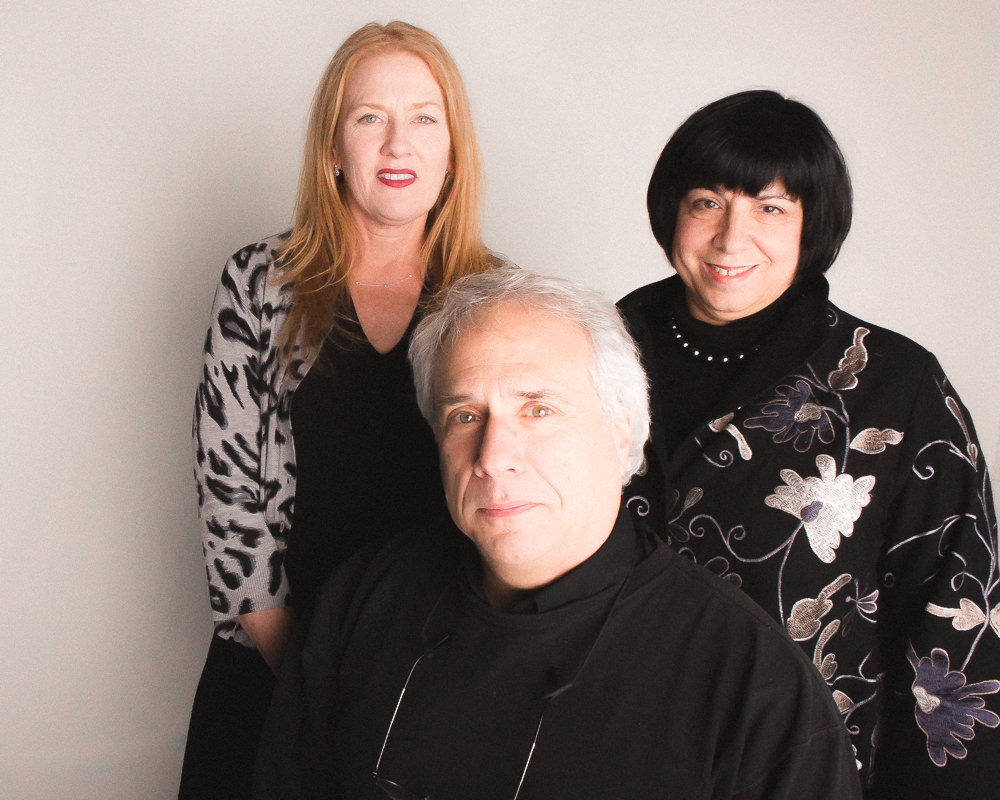 2
Lou Raizin, Suzanne Bizer and Eileen LaCario
President, vice president, vice president, Broadway In Chicago
In the midst of all the “Hamilton” hysteria, it was possible to overlook some of the other fine offerings from Broadway In Chicago this season. In particular the heartfelt coming-of-age musical “Fun Home” and the sensational “The Curious Incident of the Dog in the Night-Time,” both of which represented pinnacles of artistic achievement not just for BIC but Chicago as a whole. Taking a dramatic turn, the upcoming season features, amongst classics such as “The King and I” and “Les Misérables,” “Escape to Margaritaville,” a new musical based on the songs of Jimmy Buffett, which should serve to soften the blow for tourists who can’t score tickets to “Hamilton.” 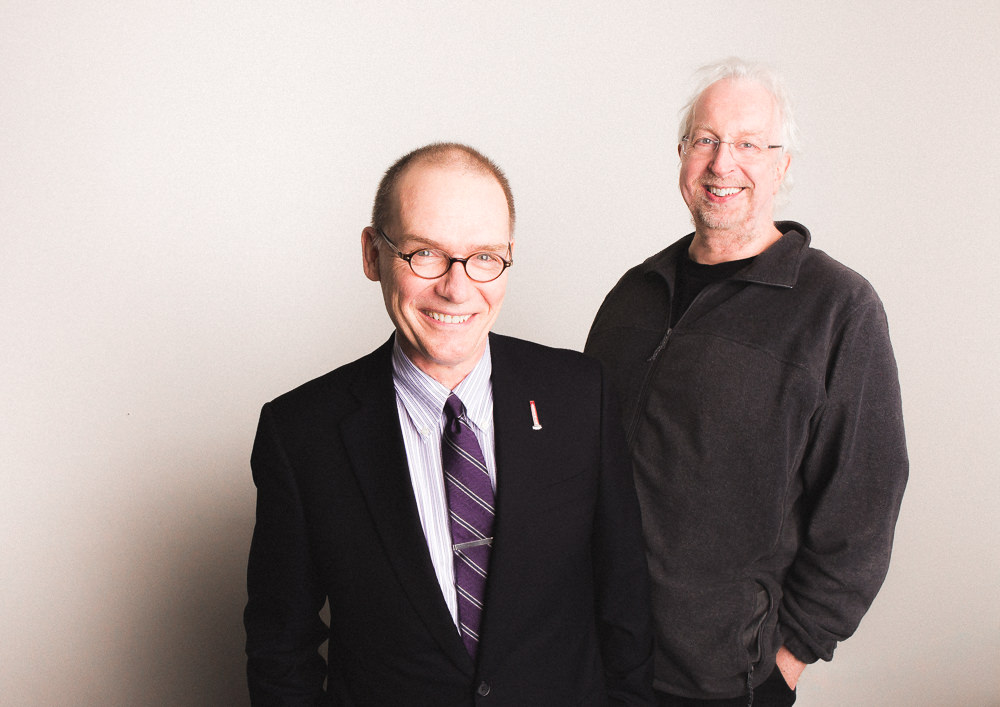 3
Roche Edward Schulfer and Robert Falls
Executive director and artistic director, Goodman Theatre
It’s been yet another banner year for the Goodman Theatre. Celebrating thirty years as artistic director, Robert Falls came out swinging in 2016, directing a five-and-a-half-hour adaptation of Roberto Bolaño’s nine-hundred-page opus “2666” with Seth Bockley. Not to be outdone, on the mainstage the Goodman produced Lorraine Hansberry’s stunning “The Sign in Sidney Brustein’s Window” and the Broadway-bound “War Paint,” which brought Christine Ebersole and Patti LuPone to Chicago, much to the delight of sold-out crowds. On the development side, the Goodman opened the Alice B. Rapoport Center for Education and Engagement (affectionately known as the Alice), a ten-thousand-square-foot facility equipped with performance venues, classrooms and rehearsal space, all designed to increase the Goodman’s reach into the community and enhance their ability to practice art as education. The 2016/17 season continues with works developed from the New Stages Festival (“Objects in the Mirror,” “King of the Yees,” “Lady in Denmark”) as well as freshly imagined classics (“Uncle Vanya” and “Ah, Wilderness!”). 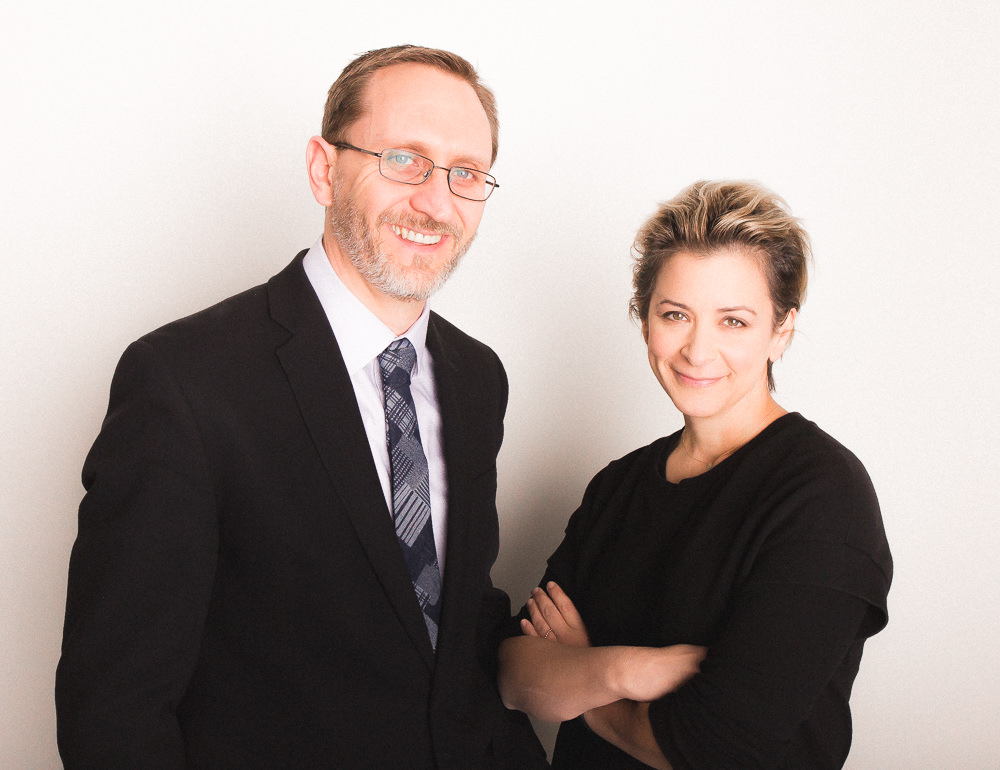 4
David Schmitz and Anna D. Shapiro
Managing director and artistic director, Steppenwolf Theatre Company
Given the departure of longtime artistic director Martha Lavey, it would have been reasonable to expect that Steppenwolf would take some time to regroup. Instead, the company, under the leadership of Anna D. Shapiro and David Schmitz, has chosen to charge forward in the fashion of the marathon juggler. Just this past year, the company expanded its season to six mainstage plays and opened a new performance space with a slick café and bar, which is quickly becoming a hub for a Lincoln Park crowd looking to retain their hipster credibility. Additionally, the company recently announced the Black Card, a flexible credit system aimed at drawing in spontaneous and financially mobile Gen Xers.With a slate of highly anticipated new work on their main stages and a busy schedule in the new performance space next door, Steppenwolf is wasting no time adapting to the evolution of tastes and preferences in entertainment. 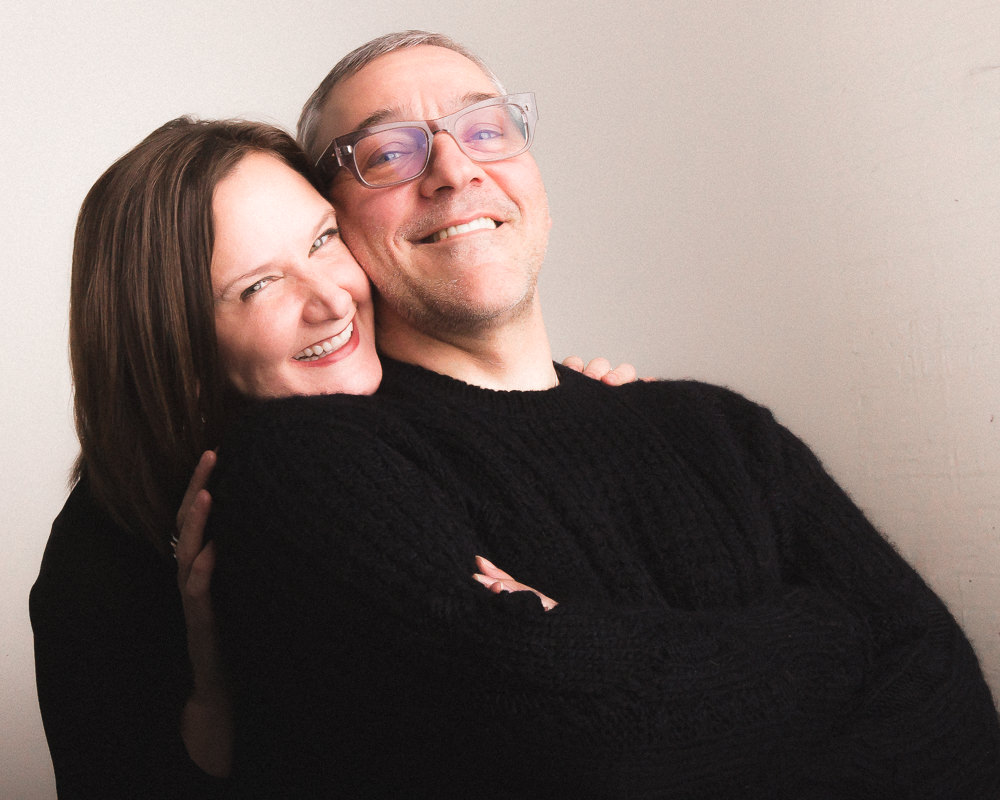 5
Kathryn M. Lipuma and Michael Halberstam
Executive director and artistic director, co-founder, Writers Theatre
There seem to be no signs of growing pains for Glencoe’s Writers Theatre. The move from the backroom of Books on Vernon (which has sadly shuttered since the company’s departure) into the state-of-the-art facility just around the corner has seemingly gone off without a hitch. In the transition, the company has lost none of its character, offering a more comfortable and durable version of their trademark intimacy in the smaller Gillian Theatre while being able to simultaneously support the demands of more technically demanding works such as “Arcadia,” “Julius Caesar” and “The Hunter and The Bear” in the larger Alexandra C. and John D. Nichols Theatre. In addition to advancing their artistic objectives, executive director Kathryn M. Lipuma has also made it her priority to keep her theater accessible. Incentivizing the carless, the company will reimburse the cost of the Metra for anyone who gets to Glencoe via public transportation. And while it is yet to be seen whether the company can draw in fickle, cash-strapped millennials or more liquid Gen Xers, their very visible developments suggest that these demographics and their respective concerns regarding the intersections of art, politics and commerce are being taken seriously.

6
Anthony Freud
General director, president, CEO­, Lyric Opera of Chicago­­­
Most opera companies have organization charts that would make your head spin. Chicago sports one of the world’s most important opera houses with a comparatively miniscule telephone directory. That’s in large part because of Anthony Freud. Freud was born to wear an impossible artistic mantle. He can fine tune an arts organization with stunning ease. His knowledge of repertoire and the world’s artists capable of delivering it is encyclopedic. He conducts all of Lyric Opera’s imperative business gatherings while travelling around the world to listen to operatic up-and-comers. There’s a little piece of paper in his pocket with his scribbled bucket list of productions. He’s always working to add the right singers, conductors, directors and designers to make his handwritten dreams come true, reveries that will one day sparkle in the air before melding into the audience’s consciousness, rousing Lyric patrons to their feet and making the world’s opera houses green with envy. Business acumen, a superior understanding of the art form and a pocketful of secret visions, that’s our Anthony Freud. Oh, and he’s an OBE, so Queen Elizabeth likes him, too. 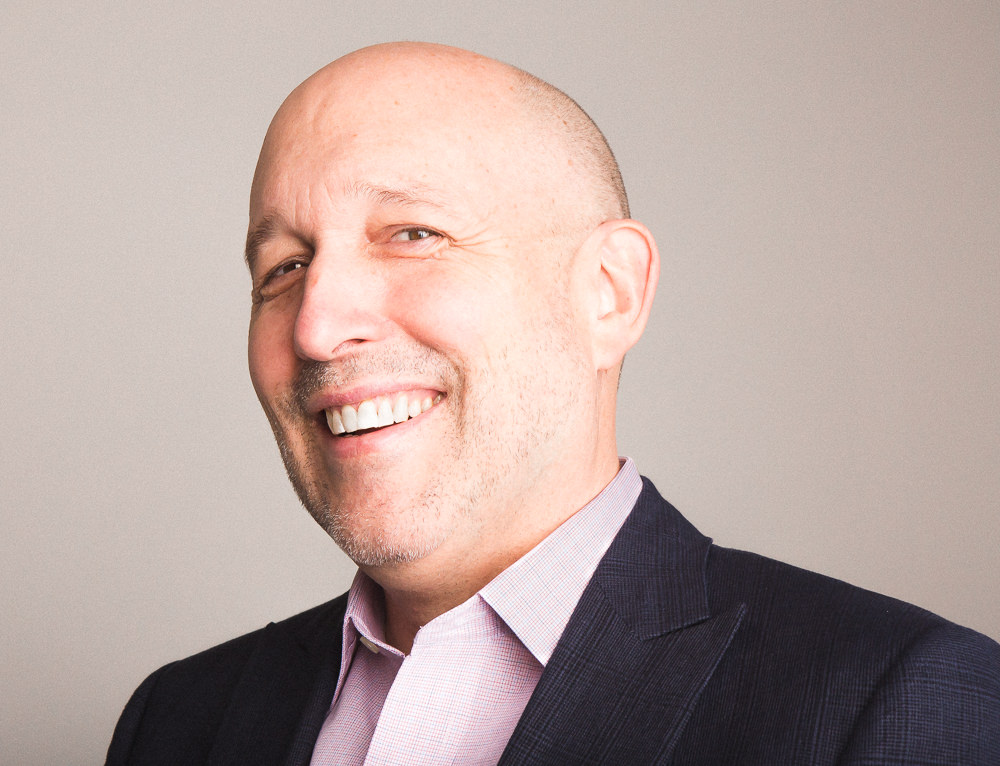 7
Greg Cameron and Ashley Wheater
Executive director and artistic director, Joffrey Ballet
The Joffrey Ballet had another powerhouse year, this one characterized by story ballets including Sir Frederick Ashton’s “Cinderella” and Krzysztof Pastor’s modernized vision of “Romeo and Juliet.” But of course the buzz centered around one story in particular: the world premiere of a dazzling new “Nutcracker,” set in Chicago at the time of the World’s Columbian Exposition and crafted by an international all-star creative dream team, including choreographer Christopher Wheeldon, Caldecott-winning children’s author Brian Selznick, many, many-time Tony Award-winning lighting designer Natasha Katz and puppeteer Basil Twist. And why not? Wheater’s decision to retire Robert Joffrey’s “Nutcracker” after almost thirty consecutive years of performances was big news and expectations were understandably high. The new production didn’t disappoint for spectacle, cinematic set design and a refreshing new take on the story that moved the Christmas Eve party from an affluent home to the modest house of an immigrant, working-class family. The Joffrey closed the year with packed Auditorium Theatre audiences on their feet.

8
Julia Stasch
President, MacArthur Foundation
Like Chicago’s fairy godmother, Julia Stasch has steered the entirety of the 2016 MacArthur Awards for Creative and Effective Institutions to arts organizations in Chicago. Stasch indicated that the tenuous position of arts organizations during Illinois’ budget crisis played a significant role in her decision. The prizes, which range from $200,000 to one-million dollars, were awarded to a variety of groups including A Red Orchid Theatre, Albany Park Theater Project, Chicago Opera Theater, Links Hall, Lucky Plush Productions, The Hypocrites, TimeLine Theatre Company and Lookingglass Theatre Company. In addition, MacArthur has announced that it will also be giving $750,000 to the Chicago Latino Theater Alliance. And while Stasch has implied that Chicago artists should not expect such a windfall every year, there is no doubt that these companies will be putting their newfound wealth to good use.

9
Andrew Alexander
CEO, executive producer, co-owner, The Second City
While many arts organizations get to choose when and where to have difficult conversations, the heated political climate came right to the doorstep of Second City CEO Andrew Alexander and proceeded to walk into his theater and take a seat. Prompted by the departure of half the cast of Second City e.t.c.’s revue “A Red Line Runs Through It” after incidents of audience members using hate speech against the performers and other patrons, Second City has now included both a written and verbal warning against any such usage. A controversial move for those who see political correctness suffocating freedoms of speech, Alexander nevertheless stands by his decision to offer his performers and audience a space to explore ideas in a constructive, respectful and highly entertaining manner. 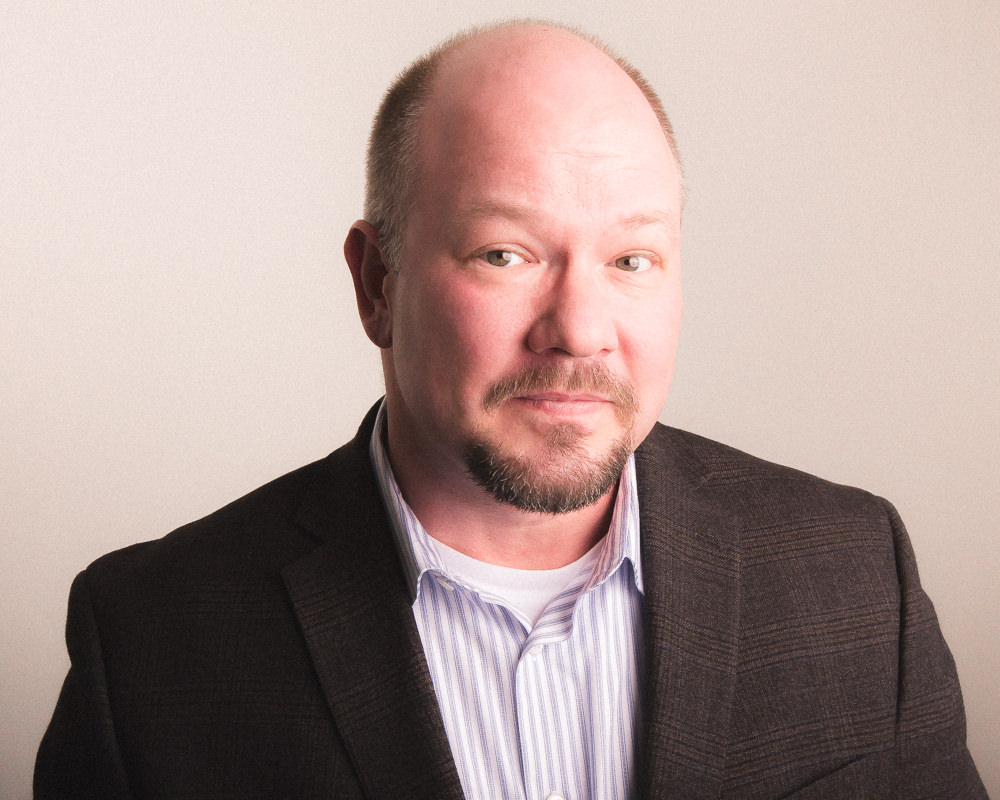 10
Tim Rater
President, CEO, Paramount Theatre
In June of this past year, the Aurora City Council endorsed a plan to spend $35 million on an arts center at the former Waubonsee Community College Aurora Campus building. Part of that building’s layout would be dedicated to rehearsal space and living accommodations for the performers working with Paramount Theatre, a promising development for a company that continues to draw savvy theatergoers beyond the city limits. In 2016 Paramount was awarded their second consecutive Equity Jeff Award for best musical, this time for their striking production of “West Side Story.” And while perhaps Paramount president Tim Rater meant nothing by it, the fact that the remainder of the season includes both “Sweeney Todd” and “Jesus Christ Superstar” seems all too appropriate for the year ahead.