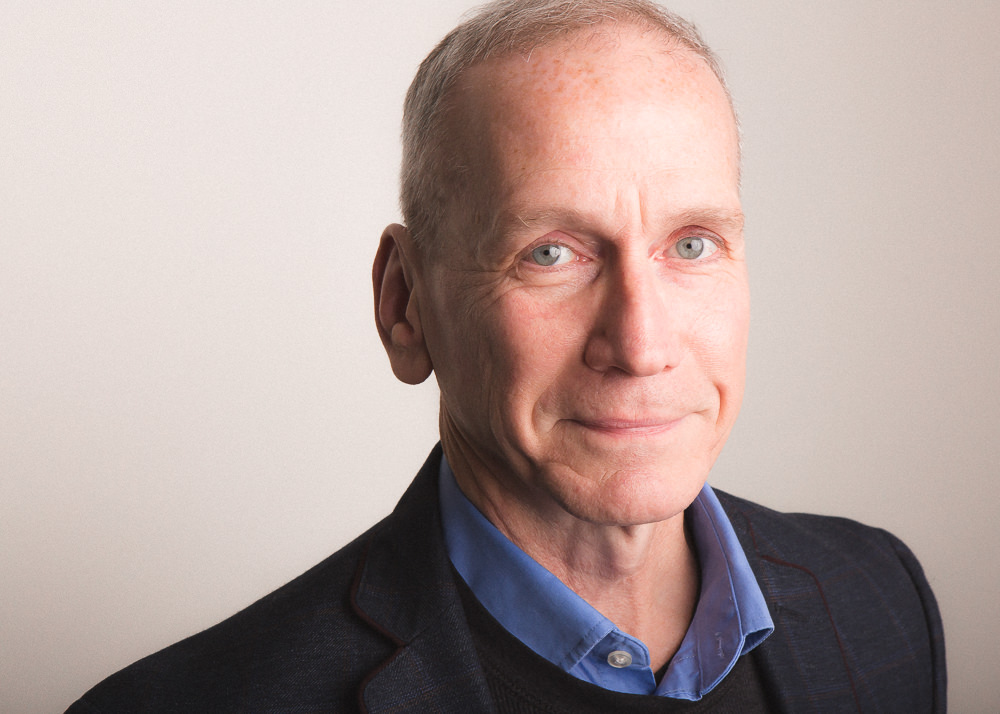 11
Jason D. Palmquist and Glenn Edgerton
Executive director and artistic director, Hubbard Street Dance Chicago
A few cities in the country can boast housing a world-class contemporary dance company; thanks to Hubbard Street Dance, Chicago is one of them. Between performances at the Harris Theater, the Art Institute and the Museum of Contemporary Art, Palmquist and Edgerton keep the nearly forty-year-old company busy touring nationally and internationally (including a run at Lincoln Center), with challenging repertory from some of the most talented choreographers making dance today. Hubbard Street’s fall series was a reminder of the heights this company has reached under Edgerton’s artistic direction, with pieces by resident choreographer Alejandro Cerrudo, the Harris Theater’s new resident choreographer Brian Brooks, and two dances by the incomparable Ji?í Kylián, artistic director of Nederlands Dans Theater, whose work was introduced to Chicago (and the U.S.) by Edgerton via this ensemble of dancers who prove year after year they can do pretty much anything with superhuman mastery of athleticism, physical intelligence and subtlety.

12
Deb Clapp
Executive director, League of Chicago Theatres
Chicago Theatre Week, one of the most successful appendages of the League of Chicago Theatres, is a week in name only. In 2015 CTW was expanded to eleven days. The following year, the citywide celebration of theater offered discounted tickets to one hundred and twenty-four productions, drawing in more than ten thousand visitors across forty states. In addition, the newly revamped Theatre Thursdays series encourages Chicagoans to go off the beaten path. This past year’s participants included The Gift Theatre, Jackalope Theatre Company, Teatro Vista and Northlight Theatre. 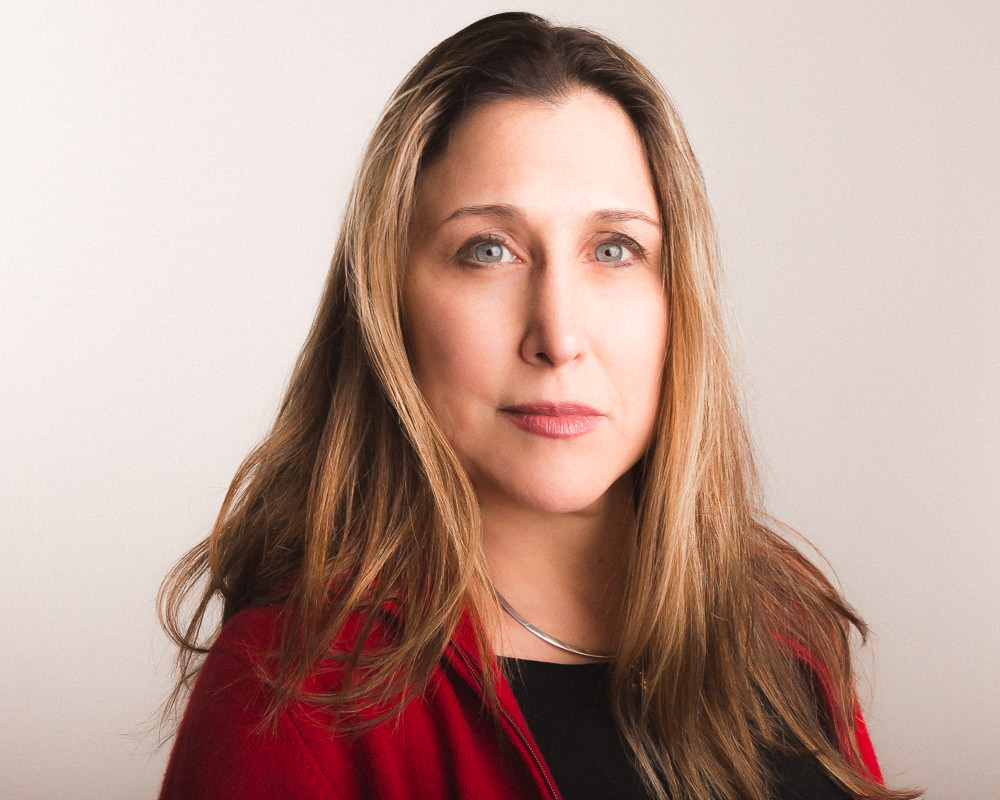 13
Erica Daniels and Chay Yew
Managing director and artistic director, Victory Gardens Theater
After her brief engagement with The Second City, during which time she spearheaded collaborations with Hubbard Street Dance and Slate, Erica Daniels lands at Victory Gardens at an opportune time. Having scored successive hits with “The House That Will Not Stand” and “Hand to God,” the company’s artistic star is on the rise. However, the vital position of managing director had been empty for several months, leaving the company’s administrative side strained as the ever-ambitious Chay Yew made plans to expand community-engagement efforts. What Daniels’ contribution to the organization will be is not yet known but she has clearly demonstrated a knack for the kinds of out-of-the-box thinking that can take an organization to the next level. 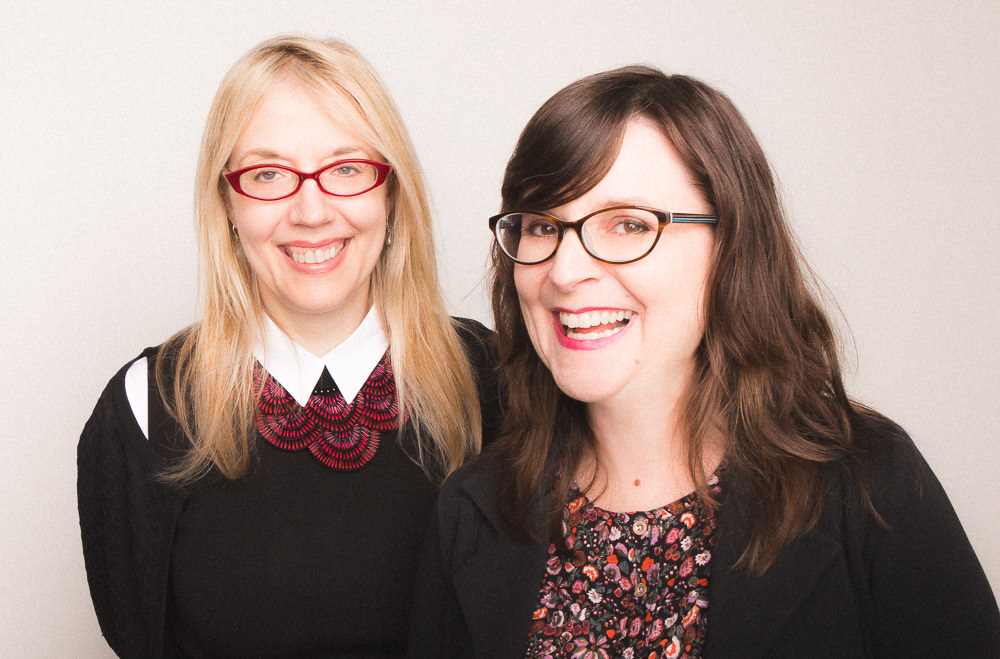 14
Rachel Kraft and Heidi Stillman
Executive director and artistic director, Lookingglass Theatre Company
Given their penchant for the spectacular it’s easy to overlook just how well Lookingglass Theatre does the little things. Back in the fall, with a Chicago Public Schools teacher strike looming, Lookingglass offered drama workshops for area students. Perhaps to the disappointment of young people looking to brush up their acrobatics rather than arithmetic, the strike was averted. Yet Lookingglass remains dedicated to accessibility, offering steeply discounted tickets for students as well as audio description and open captioning performances in addition to curating post-show discussions all designed to engage a wider, more diverse audience. And while these attributes perhaps aren’t as captivating as Captain Ahab in pursuit of Moby Dick (the show bearing that infamous whale’s name returns to Chicago this summer after a national tour), they are integral to the identity of this unmistakable company. 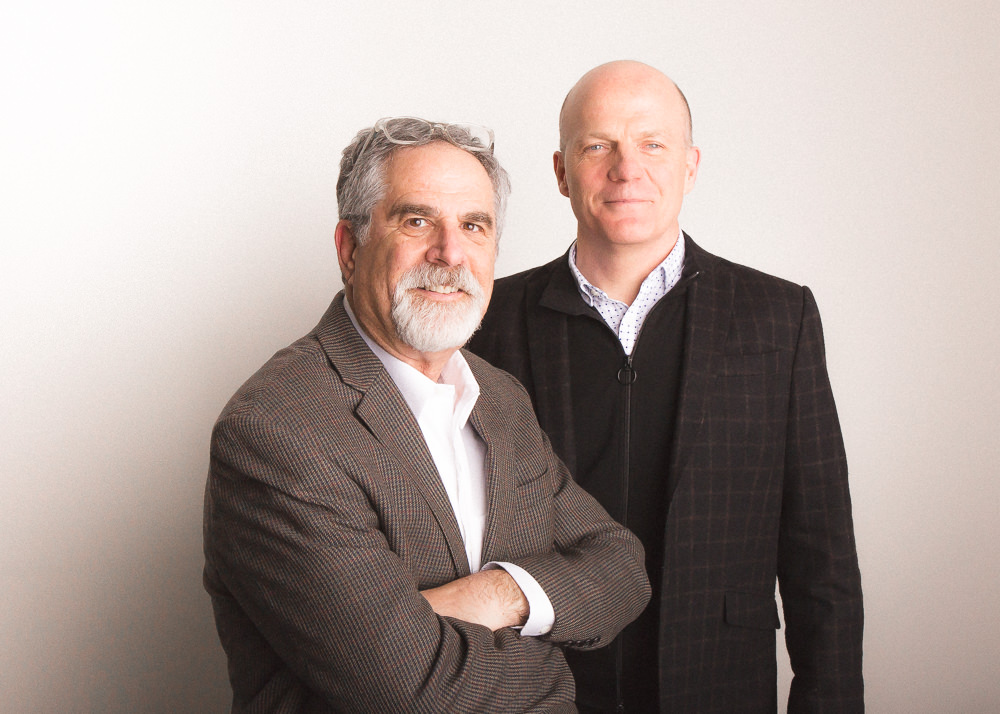 15
Stephen J. Albert and Charles Newell
Executive director and artistic director, Court Theatre
The high regard in which Court Theatre is held paradoxically illuminates the enormous geographic imbalance of theater in Chicago. Nestled in the University of Chicago campus, Court understands only too well that while some of their audience may have traveled a relatively significant distance to attend their productions, for others Court represents their only access to theater, a sad side effect of the discouraging and prohibitive nature of gentrification. Aiming to make everyone’s trip more fulfilling, Court programs myriad events, occasions and exhibits to coincide with their productions. For the upcoming “Blues for an Alabama Sky,” Court, in conjunction with Beverly Arts Center, DuSable Museum, Black Cinema House, South Side Projections and others, will explore the history and impact of the Harlem Renaissance. While Court may be one of the lone theatrical outposts on the South Side, Stephen J. Albert and Charles Newell go to great lengths to maximize their theater’s reach and impact. 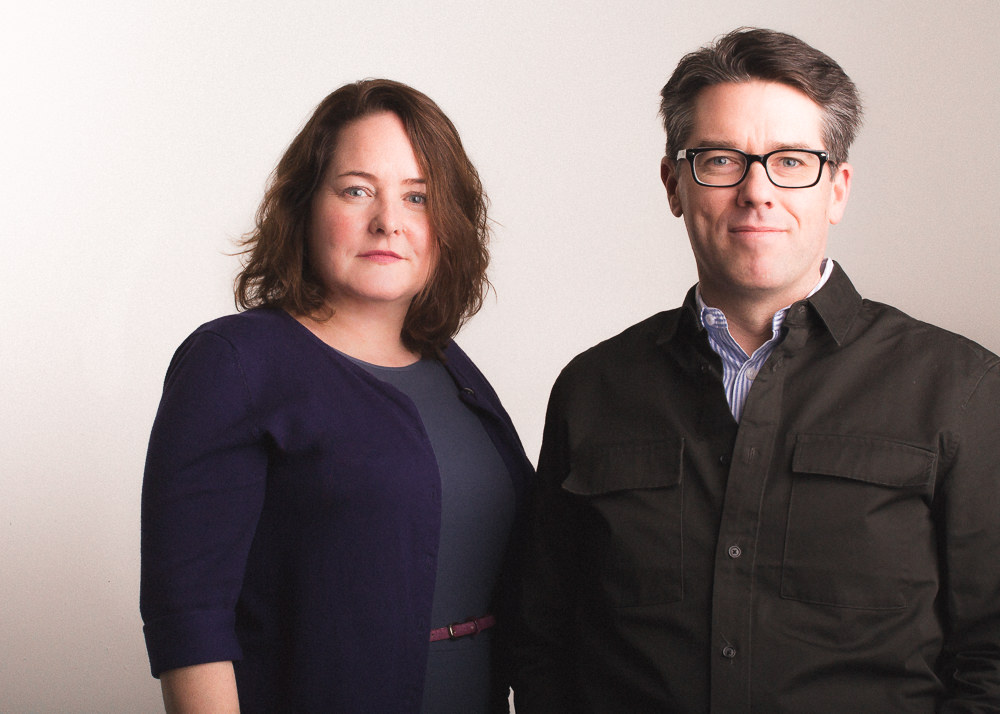 16
Elizabeth K. Auman and PJ Powers
Managing director and artistic director, TimeLine Theatre Company
The announcement earlier this year that TimeLine Theatre Company planned to relocate from their current home on Wellington Avenue into the Trumbull Elementary School in Andersonville (which closed in 2013) was met with excitement. Selected by the constituents of the 40th Ward, TimeLine’s reputation for groundbreaking theater seemed to have finally paid off. And yet when it was discovered that the company would not be able to make key renovations to the space, TimeLine wisely backed out. Back at square one, the company plans to start their search anew. In the meantime, they will surely continue to cement their reputation for thoughtful sociopolitical work. Their twentieth season continues with the rarely performed “A Disappearing Number” and “Paradise Blue,” the midwest premiere from Dominique Morisseau, the scribe of last season’s masterful “Sunset Baby.” 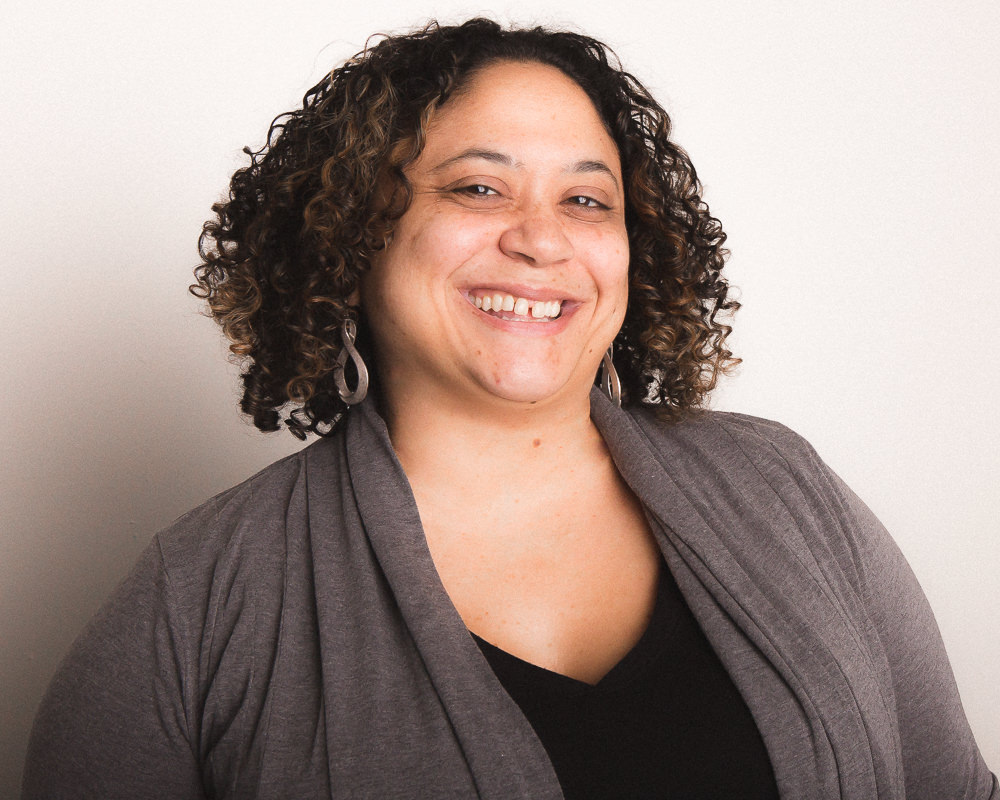 17
Meida Teresa McNeal
Executive director and artistic director, Honey Pot Performance, arts and culture manager, Chicago Park District
As the artistic director and house-music scholar of Honey Pot Performance, Meida McNeal is a force to be reckoned with in Chicago dance and performance art, and in defining the stakes of the city’s black arts movements of today. Her ranging ethnographic work fuses the seams of dance and performance art, pushing both endlessly further. At once a dancer, thinker and activist, McNeal serves as part-time faculty member at Columbia College’s Interdisciplinary Arts and Dance departments, the University of Illinois at Chicago’s College of Education and has worked for the Chicago Park District as arts and culture manager. All of this with shows, residencies and works-in-progress that have taken Honey Pot across an energetic variety of places and productions including the University of Chicago’s Performance Lab, the Jay Pritzker Pavilion, Links Hall and the Chicago Cultural Center to name a few. 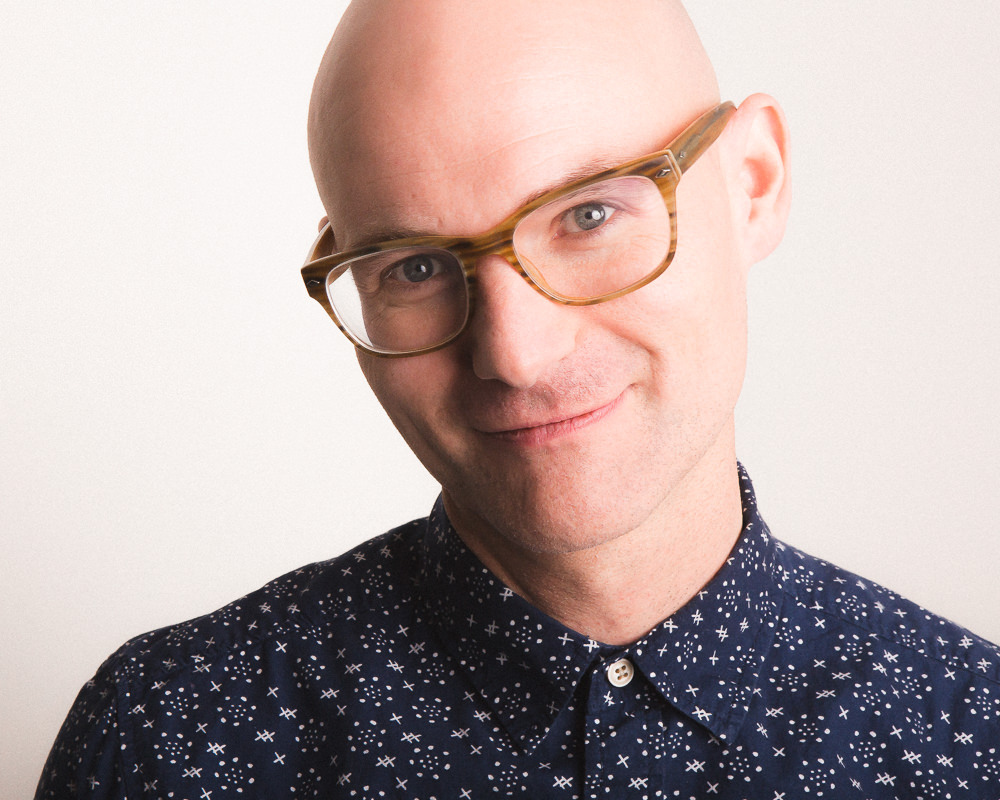 18
Sean Graney
Founder, artistic director, The Hypocrites
Sean Graney isn’t really one to take a breather. Jumping from project to project, he and The Hypocrites have remained a stable source of entertaining and humanitarian art. Despite fostering several delightful works of feminist theater (including the delightful “Cinderella at the Theater of Potatoes” and the meta comedy “You on the Moors Now”), the last two shows of The Hypocrites season will be cut short due to financial complications. But with Margaret Edson’s “Wit” opening this month and Graney already reassessing the company’s needs, The Hypocrites are likely to remain a beacon of joy for years to come.

19
Charna Halpern
Artistic director, co-founder, iO Theater
This past year may come to be seen as the year the levy of silence broke and the flood of accounts of sexual harassment and assault began in earnest, at least in the Chicago arts world. And while the most high-profile case was related to the theater, it is hardly surprising to learn that these sort of indelicate situations affect the comedy world as well. ImprovOlympic co-founder Charna Halpern found herself in hot water earlier this year after allegations arose that she brushed off a woman who came to her claiming that she had been sexually harassed by iO West artistic director James Grace. Despite her insistence that the woman had never attended iO, Halpern nevertheless fired Grace and has acknowledged the need for change: iO is in the process of completely reworking their procedures around sexual harassment. For some it may be too little, too late but for others it seems like an opportunity to strengthen the comedy community. 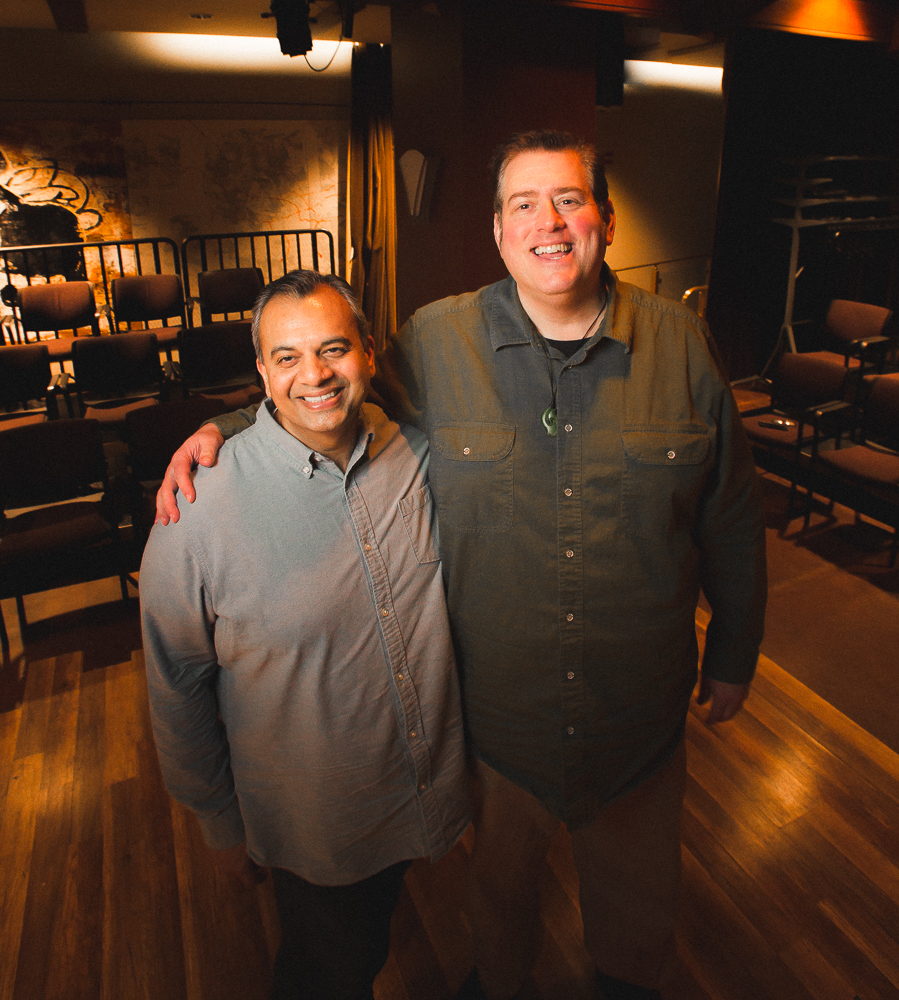 20
Malik Gillani and Jamil Khoury
Founders, executive director and artistic director, Silk Road Rising
Founded in the wake of 9/11, the work of Silk Road Rising has arguably never been more vital. The company, whose mission is to “advance a polycultural worldview” by telling the stories of underrepresented Asian American and Middle Eastern American voices, is poised to lead a counter-narrative against the Islamophobia and xenophobia of the President-elect and many of his most vocal supporters. With fifteen years of experience in community engagement through productions, readings, an online video library and in-school arts education programs, Silk Road Rising has laid the groundwork for the long fight ahead.