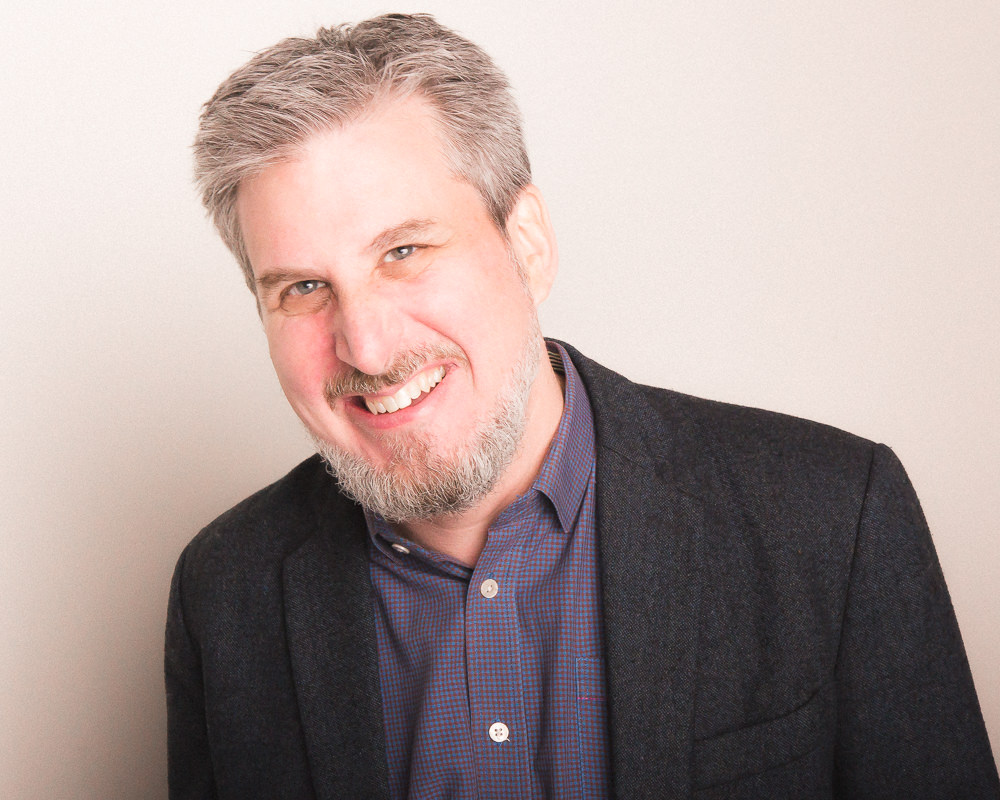 21
David Feiner
Producing artistic director, co-founder, Albany Park Theater Project
With “Learning Curve,” Albany Park Theater Project mounted the most ambitious and impressive theatrical experience of 2016. But behind the technical and artistic achievement of recreating, in surreal detail, a day in the life of Chicago Public School students, APTP was doing something even more important: increasing the visibility of young people from the kinds of ethnic backgrounds that have experienced increasing and brazen incidents of hostility this year. The fact that “Learning Curve” was about as tough a ticket to secure as “Hamilton” speaks to the volume of interest in the experiences of these young artists. But APTP does not stop at art-making; David Feiner and his dedicated company also press their participants to become engaged in social justice. 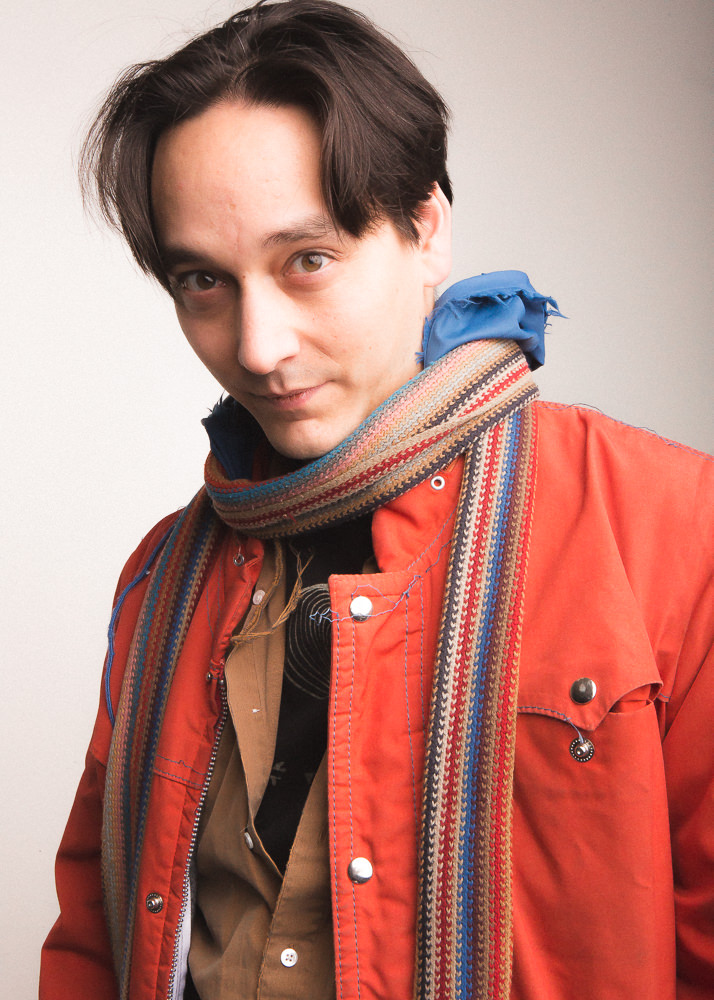 22
Kurt Chiang
Artistic director, The Neo-Futurists
After losing rights to their landmark show, “Too Much Light Makes The Baby Go Blind,” there was a short window when nobody knew what the Neo-Futurists would do. Would they fold? Not under Kurt Chiang. In addition to the expansion of “The Arrow,” his collage performance essay series with ensemble member Lily Mooney, as well as upcoming primetime shows, Chiang and company are already working on a replacement to fill the TML slot, which will be funded in part through a massive fundraising effort. Beyond that, The Neo’s emphasis on accessibility and education promise that they remain on the activist end of the avant-garde.

23
Aimee Levitt and Christopher Piatt
Journalists, Chicago Reader
In celebrating the work of investigative journalists we are confronted with a paradox: while their dedication is frequently inspirational, what they uncover tends to throw our world out of order. Such was the case with Aimee Levitt and Christopher Piatt and their Chicago Reader cover story on Darrell W. Cox, artistic director of the since-closed Profiles Theatre. Documenting a history of alleged abuse, intimidation and suppression from both Cox and his company, Levitt and Piatt’s story shook the Chicago theater world and its publication has had significant impact. It was the catalyst not only for the closure of Profiles but it jumpstarted the launch of Not In Our House, a group endeavoring to provide safe spaces for theater makers to talk openly about experiences of abuse as well as create a set of opt-in guidelines for Non-Equity theaters to better protect their artists. In a year that has seen its fair share of controversy, Levitt and Piatt’s piece resonated across the city and out into the world by offering an example of change through diligence and bravery. 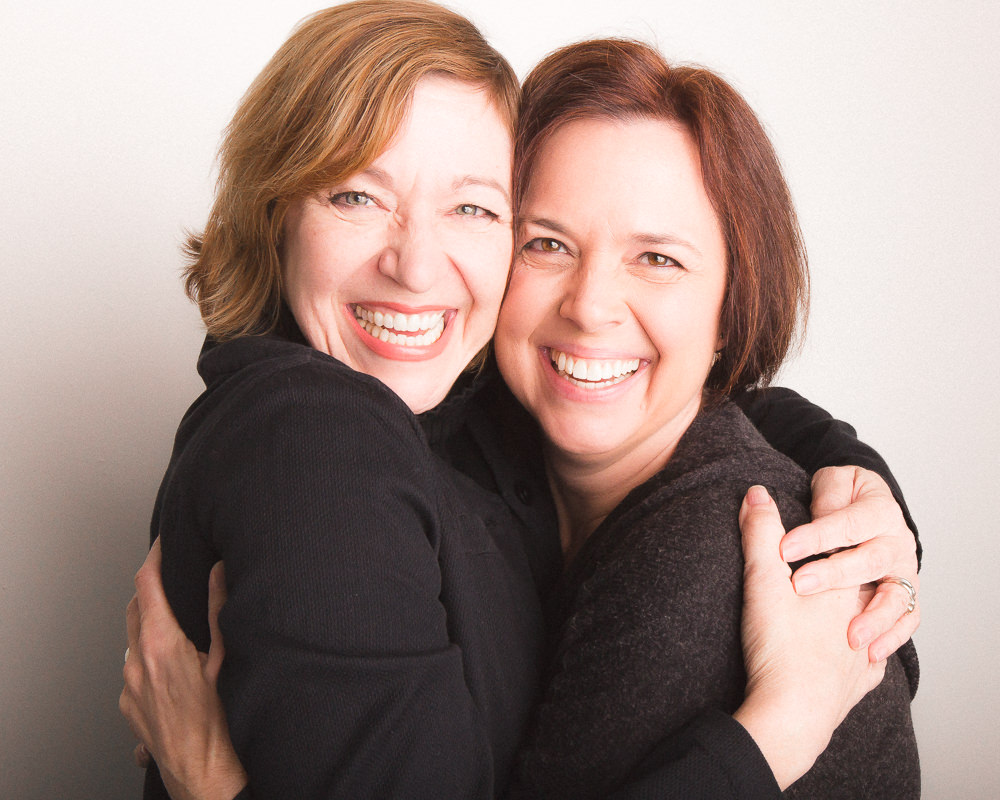 24
Lori Myers and Laura T. Fisher
Co-founders, Not In Our House
For some, the events recorded in the Chicago Reader story exposé on Darrell W. Cox and Profiles Theatre represented one of the most well-known secrets in the Chicago theater community. Lori Myers was one such person. After years of hearing second- and third-hand accounts of physical and emotional abuse, Myers took to Facebook. In a post from January 2015, she related her distress and asked a simple, pointed question: What would you do if this was happening to someone you knew? From that innocuous beginning evolved Not In Our House, an organization dedicated to providing resources for young theater artists and creating a space where serious issues such as abuse and harassment can be addressed. NIOH is also in the process of developing a Code of Conduct: an opt-in set of policies designed to create uniformity in the conditions of Non-Equity theaters. The Code of Conduct, which is currently running a pilot program with a handful of Chicago storefront theaters, is spearheaded in large part by Laura T. Fisher, who joined Myers shortly after NIOH’s creation. Along with an ever-expanding group of Chicago theater makers, Myers and Fisher are determined to make their art safe and sustainable. 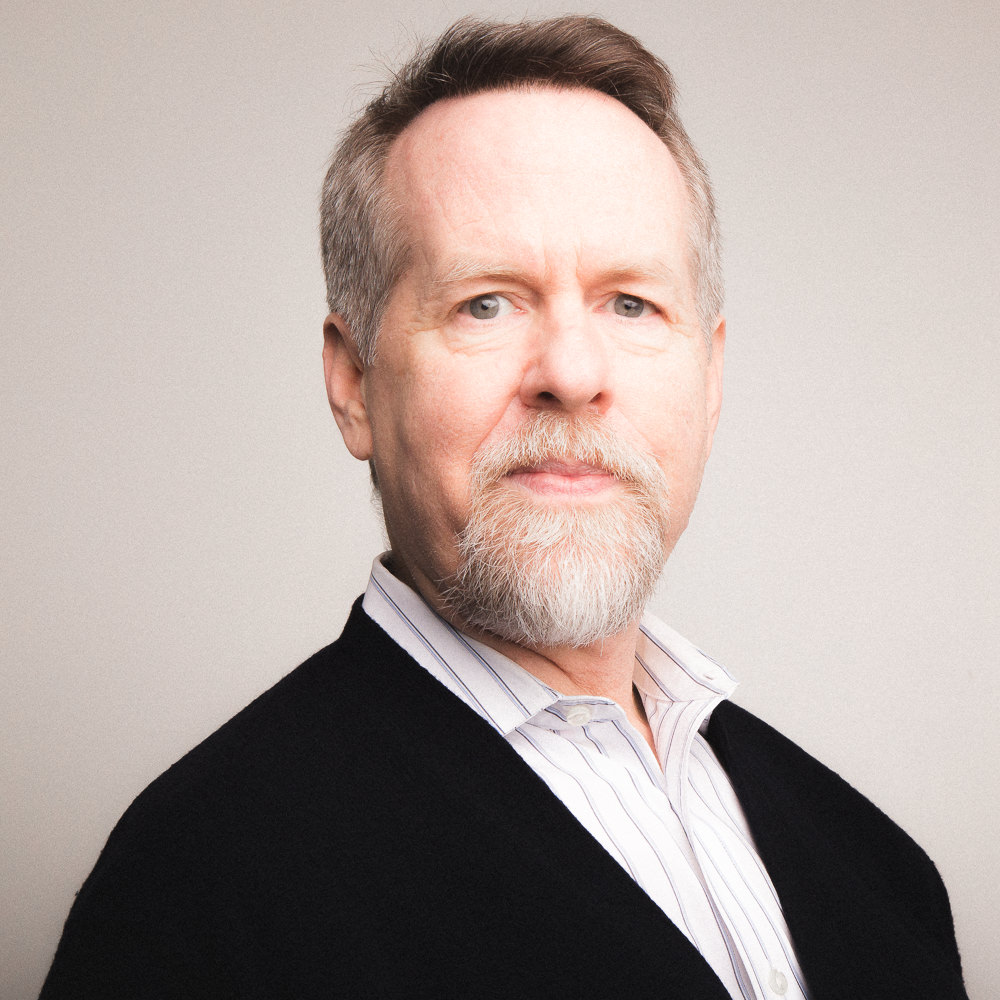 25
Lane Alexander
Co-founder and artistic director, Chicago Human Rhythm Project
For Lane Alexander, percussion and dance are more than modes of creative expression, they’re means of conversing across cultures—arts that contain in their fabric the common beat of the human heart. Interviews with Alexander about performances or projects indubitably end with how rhythmic dance sparks excitement and cross-pollination of ideas across lines of difference and how striking the ground with our feet can be a uniting force in a divisive world. CHRP’s “Stomping Grounds” series, launched two years ago and now an annual event, embodies that vision with free performances by Chicago companies from various cultural backgrounds, each hosting one another at their home bases on North, South and Northwest Sides. This is on top of CHRP’s annual “Rhythm World” festival, which pulls dancers and drummers from around the world for a week of workshops, classes and performances, the oldest and biggest American tap festival in the world. 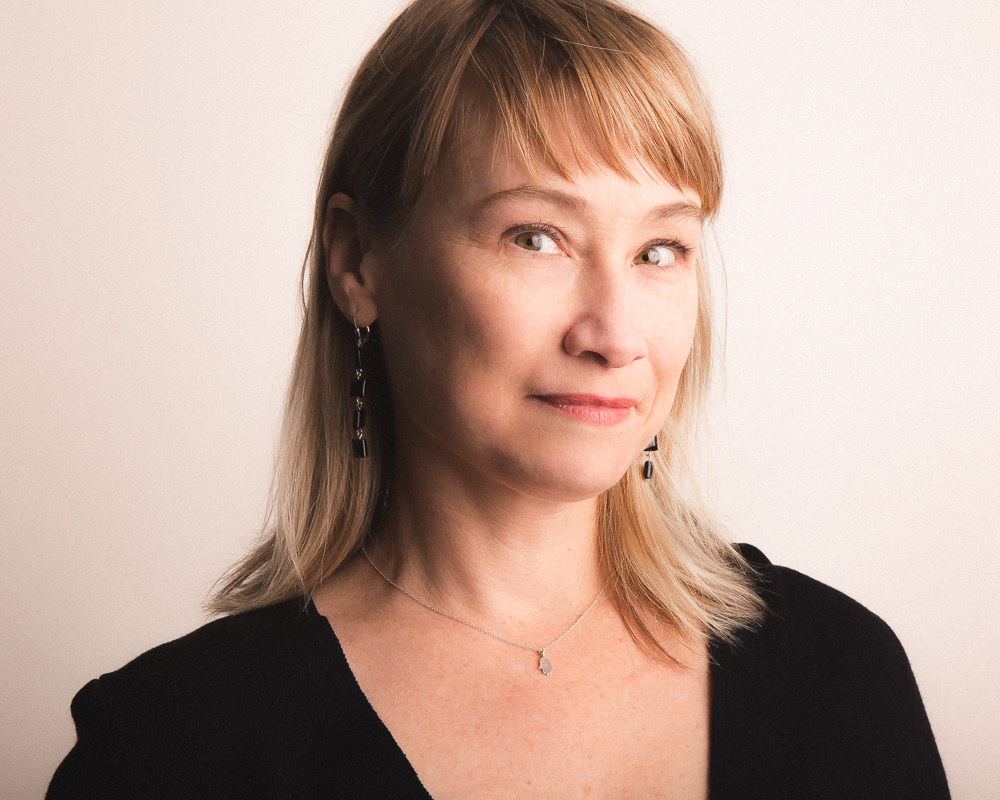 26
Meghan Beals
Artistic director, Chicago Dramatists
Meghan Beals has expanded on the legacy of her predecessor, Russ Tutterow who passed away in 2015. Under Beal’s leadership, Chicago Dramatists has been rebranded as the “The Center for New Play Development.” With this change, their focus has shifted from producing plays to developing initiatives that nurture both its resident playwrights and those wishing to further cultivate their skills. These include the Grafting Project, which will offer space to local theater companies that partner with one of the company’s resident playwrights, as well as the Tutterow Fellows Program, a pilot program designed to give two years of intense developmental support and training for playwrights with exceptional promise and dedication to the craft. Audiences can get a sneak peak of works in progress from the first group of Tutterow Fellows on January 28 as part of Chicago Dramatists’ Saturday Series of public readings. 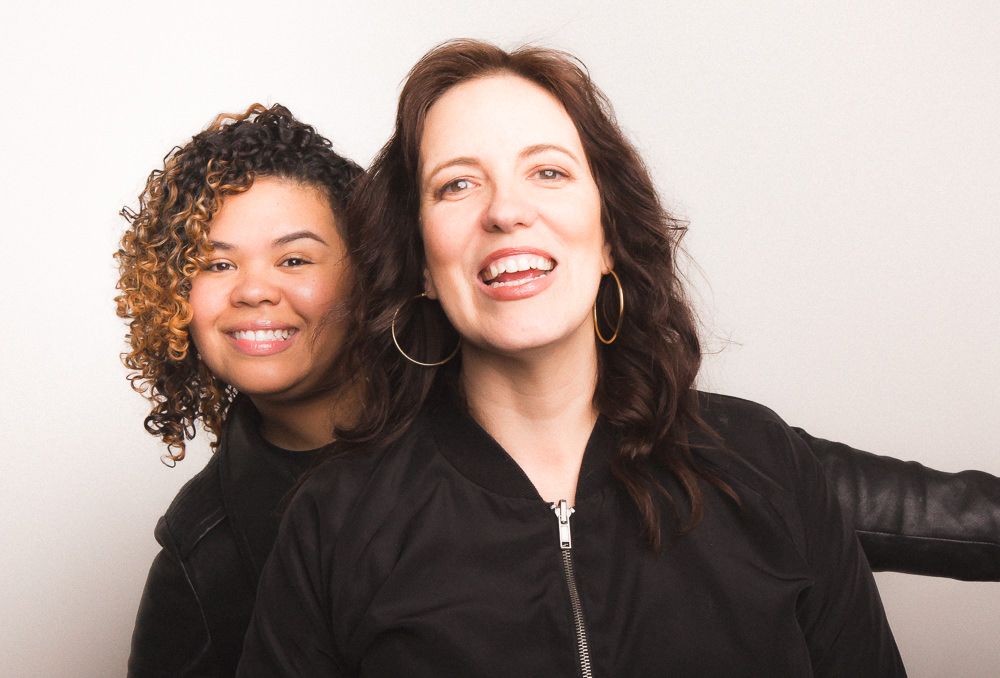 27
Melissa DuPrey and Coya Paz
General manager and artistic director, Free Street Theater
One of the only young women of color in a general manager role, Melissa DuPrey’s rise through the theatrical ranks is “brown girl magic.” A self-proclaimed artivist, DuPrey is committed to continuing Free Street Theater’s longstanding mission to defy segregation. Under her leadership, Free Street received the Joyce Award to produce “Meet Juan(ito) Doe,” an ensemble-created piece that explores what it means to be part of Chicago’s sprawling Mexican-American community. Alongside DuPrey is Coya Paz, one of the biggest artistic activists in the Chicago theater scene, whose work is not only about diversifying the folks on stage but those in the audience as well. In 2017, she will continue to do more of the same. She will be working on a project called “The Miracles/Los Milagros,” which is a modern-day pageant play about everyday miracles and resilience. She’s also writing a book with Chloe Johnston, released this year,  called “Ensemble Made Chicago,” which looks at the history and practice of co-created performance in Chicago. 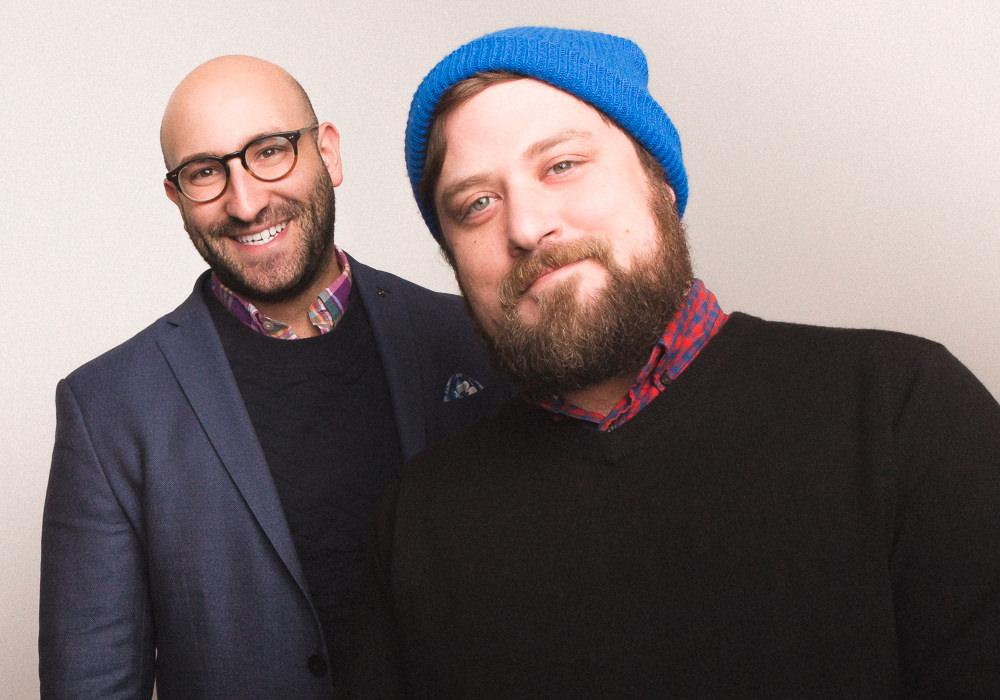 28
Nate Silver and Gus Menary
Managing director and artistic director, Jackalope Theatre
Currently in the midst of their ninth season, Jackalope Theatre has grown up quickly. With their hip aesthetic and reputation for originality, the company is like the Chicago storefront world’s cool older brother. Embracing their identity as artistic nurturers, Jackalope has been using their secondary location, The Frontier, as a space to further cultivate new voices and work through their Pioneer Series, which offers artistic and administrative support for selected companies. Recently they’ve assisted with productions from Red Theater, The Jades, Cor Theatre and The Yard. These collaborations, in addition to staples like the annual Living Newspaper Festival and the monthly late-night talk show “Good Evening with Pat Whalen,” allow Jackalope to expand its impact on the theater community by identifying and fostering talent. 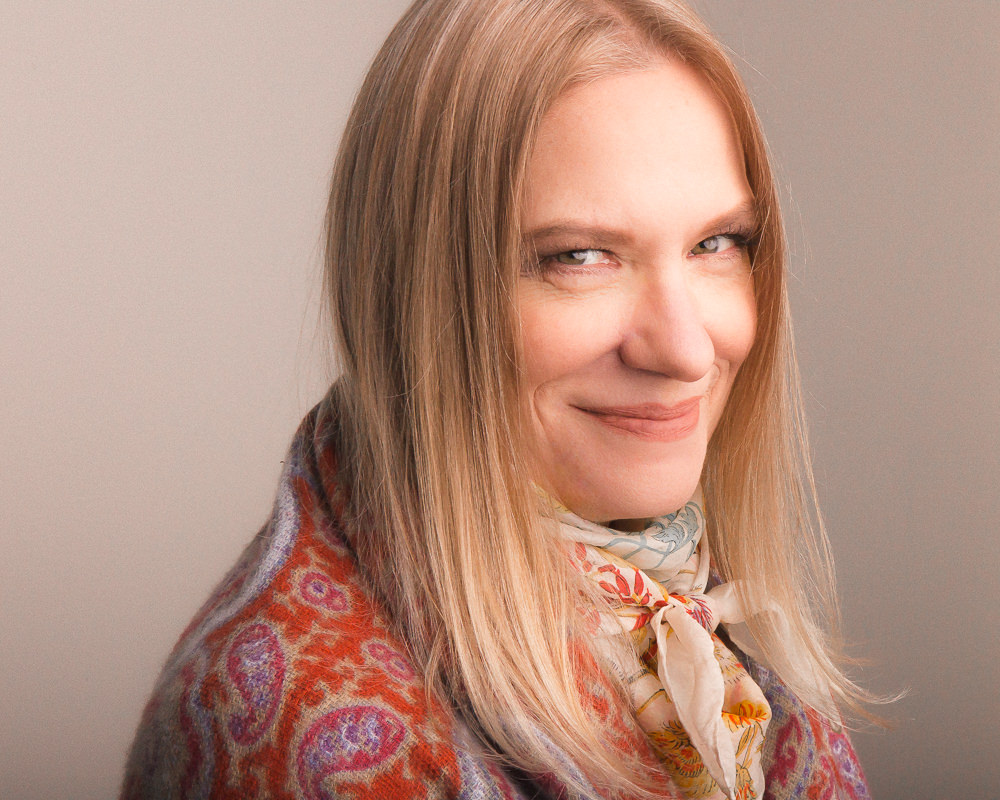 29
Jacqueline Russell
Artistic director, co-founder, Chicago Children’s Theatre
The young artists on stage for Chicago Children’s Theatre’s production of “Moon Shot” weren’t the only ones preparing to take a giant leap. After ten itinerant years, CCT will at long last be moving into a permanent space, one that is ripe with meaning for a company dedicated to affecting the lives of young people across the city: a converted police station in the West Loop. Under the leadership of Jacqueline Russell, CCT endeavors to be more than a site of entertainment. In addition to the 149- seat theater, the new location will house five classrooms as well as a space dedicated to year-round programming for children on the autism spectrum. The company has already launched the first of several planned community engagement projects and will stage its inaugural production this month in collaboration with Manual Cinema. And they show no signs of slowing down: there are already plans for an expansion in the works. Onward and upward! 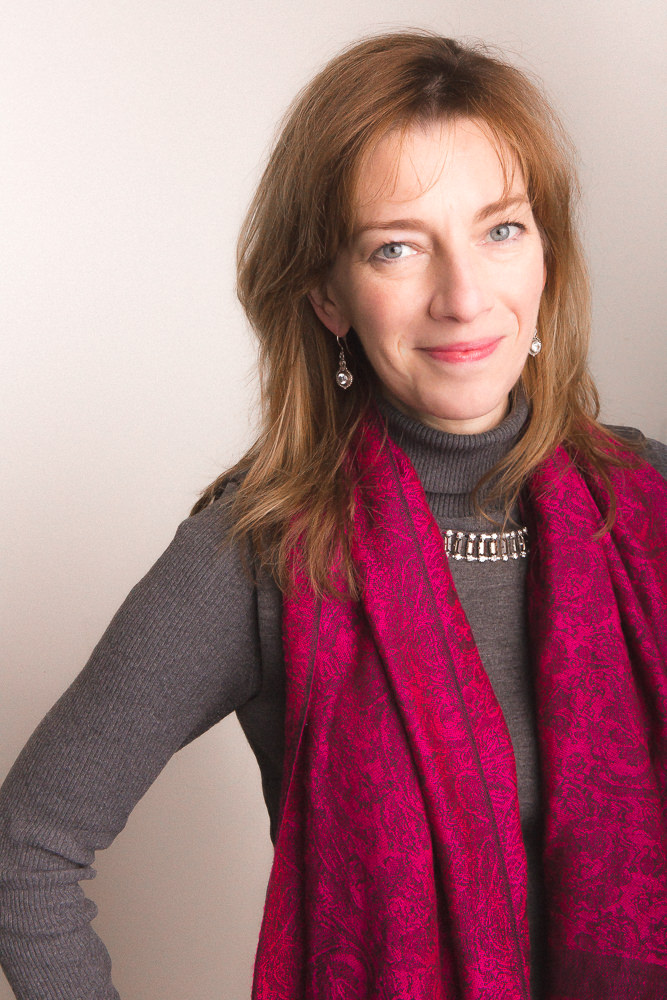 30
Heather Hartley
Executive director, Audience Architects
Heather Hartley’s nonprofit organization has, over the last decade, evolved from the promotional website SeeChicagoDance.com to a major dance advocacy force, hosting artist panel discussions, coordinating dance community convenings, nominating and promoting April as Chicago Dance Month, and offering hot deals on performance tickets and dance classes online. A major grant from the MacArthur Foundation in 2016 will provide funding for Audience Architects (along with Arts & Business Council of Chicago and Chicago Cultural Alliance) over the next three years, supporting back-end operations and the continued growth of an ever-more-valuable resource to Chicago dancers, choreographers and fans.