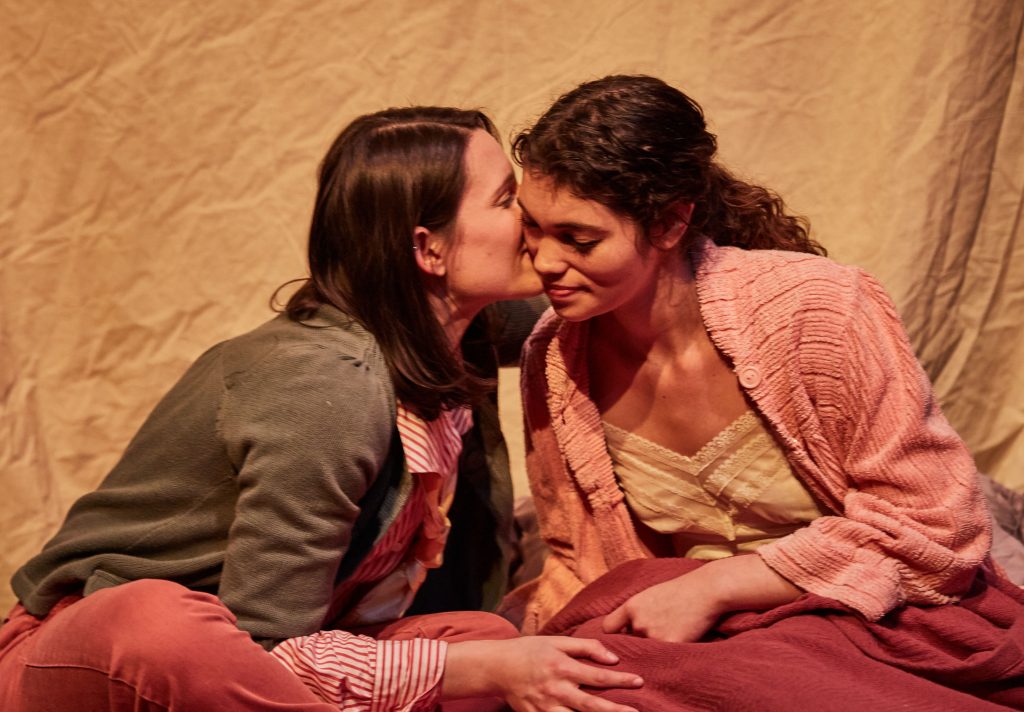 María Irene Fornés’ four-cycle play begins with “Nadine,” the name of a mother caring for her family. Then comes “Springtime,” featuring a couple in love and conflict, followed by “Lust,” which marks the ascent to a throne of money. It all ends with “Hunger,” the paring down of dignities and leaving only animal shells of people. By its conclusion, “What of the Night?” has spanned eighty-some-odd years and moved from economic disaster to economic apocalypse.

Fornés’ script, written as the 1980s trailed away, is a devastating takedown of greed and its reframing, distorting and devaluing of love in Western society. You can see the decay of love in the specificity of the act titles. The play is affectionate, brutal and disgusting. It attacks empty language and capitalism with pinpoint rhetoric that will make you sick of truth. And as we see the patriarchy grip its tiny orange fingers around our culture again, Fornés’ script is both clairvoyant and haunting.

Director Carlos Murillo’s production doesn’t explore any of this very much. Despite his very capable cast there’s too much material clogging: a set that can neither frame action nor be used reliably, transitions that slow carnal energy to molasses by creating a need for chairs. On a simpler level, the onstage movement fails to tell a specific story and eventually becomes didactic and awkward instead of challenging and grotesque.

The cast is a saving grace. Allyce Torres’ deteriorating (but ever hopeful) romance in “Springtime” portends the shattering of love in the next two cycles. As Helena, Kate Black-Spence is a love-spent wife who is repeatedly denied worth by the men in her life and who picks apart the meaning of phrases like “likewise,” an uncomfortable reminder that a loveless relationship can be a form of abuse.

This is a hard show to completely disavow. The messages are there within the distressing script. But the production just can’t stand up to the demands of Fornés’ writing. (Jay Van Ort)