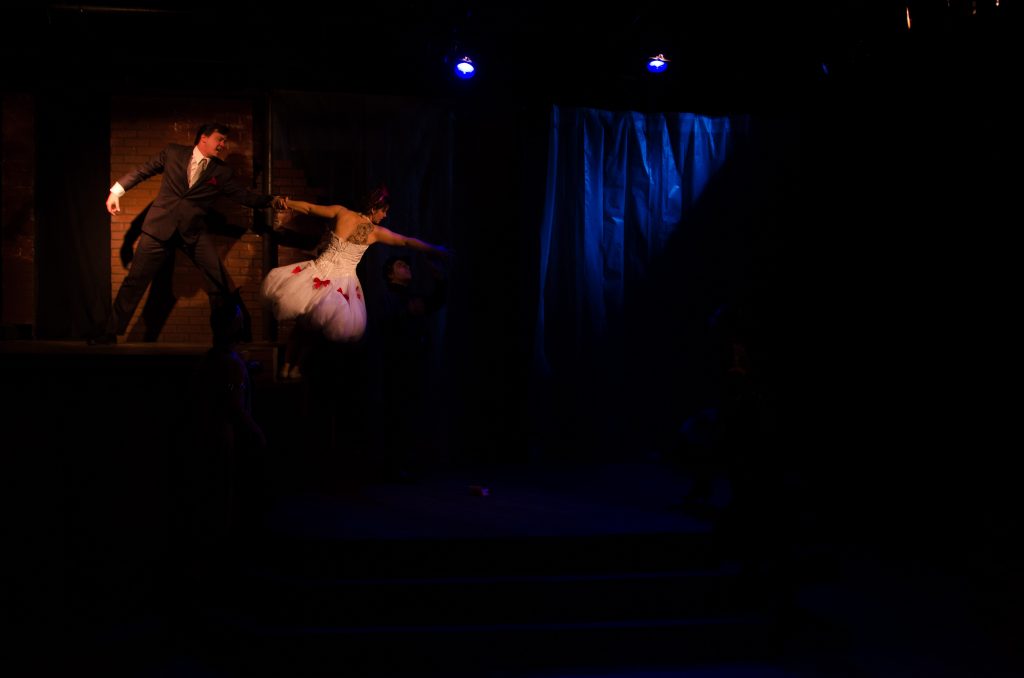 Orpheus was the greatest lover of all time, braving the underworld to retrieve his dead wife; so moved by grief, his songs made the stones weep. But who was his beloved? Eurydice was only a nymph and though nymphs were objects of many a god’s desire, is there really a difference between a Daphne or a Syrinx? Laurel tree or river reed or eternity in the underworld—that’s the story of a nymph. Goethe’s “The Sorrows of Young Werther” asserted that love alone makes us indispensable. Sarah Ruhl’s “Eurydice” argues otherwise, in a play that places the nymph’s life and afterlife beyond one man or god’s desire for her, wonderfully rendered by Promethean Theatre Ensemble.

Eurydice (Janeane Bowlware) is the first to speak and she speaks about her lover’s music, mutely played on a guitar. It’s actually not the greatest music in the world and her description of it is not a poem. Eurydice and Orpheus (Jordan Golding), unlike other canonical lovers, are not more beautiful than the rest of us simply because their love has come to fame—in fact, they are ordinary. It’s okay, because this scene is made to be forgotten, except by the ones who loved in it.

Eurydice is drawn away from her wedding party by slimy bloke Nasty/Interesting Man (Jared Dennis), who promises a letter from her long-deceased father if she’ll just come up to see the view from his flat. “A wedding is for daughters and fathers,” she says. How can she refuse Nasty/Interesting Man? To his credit, he really does have the letter, penned by the only dead man who wasn’t properly dipped in the river that makes you forget and therefore kept his literacy, among other memories.

Better than the letter is the Father himself (Sandy Elias), a builder, storyteller and poet, staunchly holding his love above the stentorian injunctions of the Stones (Meghann Tabor, Susie Griffith and Brendan Hutt) that guard and rebuke the dead. You know how it ends but the telling, simple and strange, pierces where it aches. (Irene Hsiao)