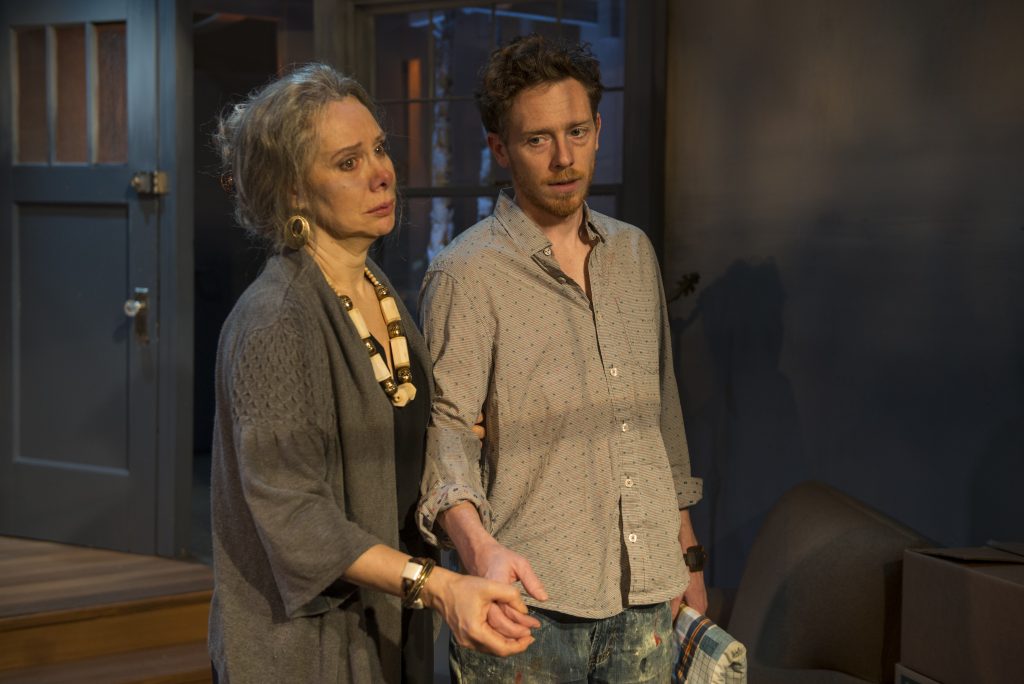 There is a very palpable terror at feeling your faculties and abilities slip away. Whether from forces outside of your control or mere lack of practice, questions of identity arise when the things you’ve assigned as your most prominent characteristics begin to diminish. In many ways, the most frightening part of this journey is not the conclusion but the beginning. It is this moment of recognition that Julie Jensen’s “ Winter,” a National New Play Network Rolling World Premiere at Rivendell Theatre Ensemble, attempts to explore though her desire for understanding is thwarted by her affection for her protagonist.

“Winter” has the burden of being marketed as an “important” play, a tag that tends to have the unfortunate side effect of its dramatic material being treated with kid gloves by its artistic team so as not to appear insensitive. Such is the case in the dramatically scant “Winter.” In eighty-five minutes, we almost never see more than two characters in a scene—accommodating any more than that on the cluttered, cramped stage would have been challenging. Who these characters are never rises much beyond thin archetypes: the protective, sensitive younger brother (Steve Haggard); the controlling, condescending older brother (Sean Cooper); the self-deluding, Willy Loman-esque father (Dan Flannery); and the free-spirited granddaughter (Martasia Jones), whose mother’s death is a contentious subject of debate in the family even while the play thickly alludes to suicide, the subject at center of “Winter.”

Then there is Annis: the matriarch and focus of Jensen’s play. For all her gifts, Barbara E. Robertson cannot bring her character’s slow unraveling to life. Moments of striking sound and light design, reminiscent of “Marjorie Prime,” distract rather than deepen our understanding of our Annis’ distress. The big decision that the play has been not so subtly setting up is made with a puzzling lack of intention and Annis’ many contradictions are left largely underexplored.

Moving forward, Jensen has a couple of options. The first is to more fully embrace the theatrical possibilities of Annis’ untrustworthy subjectivity, making her mind the world of the play à la Lauren Yee’s “In A Word.” There is also an alternative route, familiar to families living with those whose minds are disintegrating, which would involve a more clinical approach, one that would take emphasis off of Annis and refocus the drama on those around her. Whichever direction “Winter” goes in, what we really need is just more. (Kevin Greene)