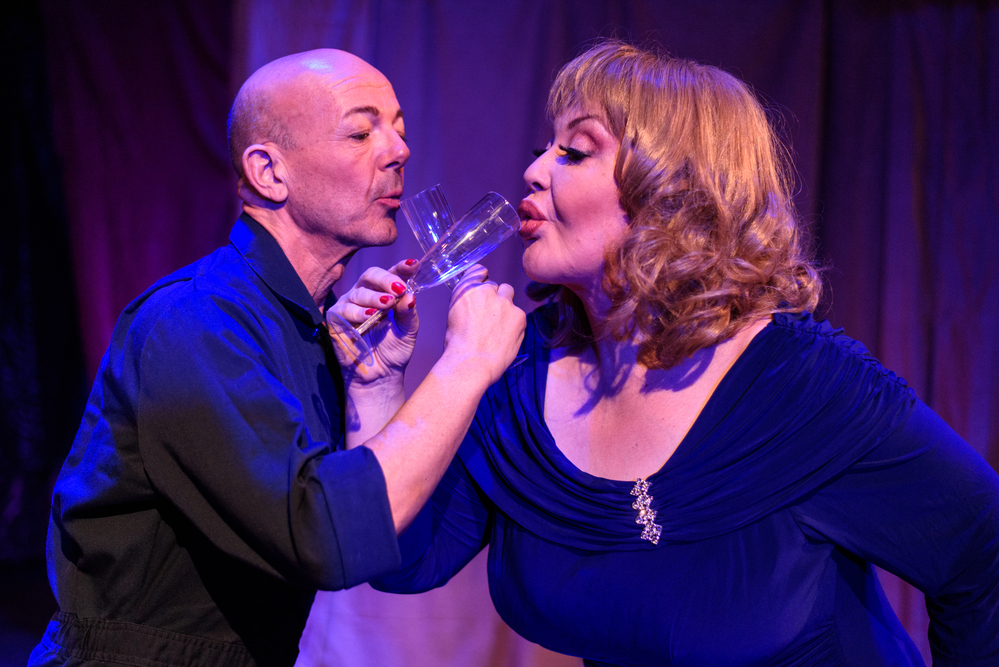 Let’s start with three adages: 1) The stage version of a movie musical is never as good as the original; 2) Don’t put anything bigger than your elbow in your ear; 3) Invite The Gays; they’ll burn a little sage and shove a peacock feather up your auntie’s old shoe and your property values will soar!

“Priscilla, Queen of the Desert,” Pride Films and Plays’ inaugural production at their new Pride Arts Center, answers these axioms with a sparkling show that cleanses and renews the address of 4139 North Broadway, former home of Profiles Theatre. While the 1994 film will always be one of the five things many of us would take to that solitary desert island, the stage version proves the first proverb false, having enjoyed a respectable Broadway run and continuing to sashay the world over. PFP gives the heave-ho to the second aphorism by successfully opening the huge heart of the piece in a space that leaves the audience gloriously doused in sequins. And I, for one, walked out of a theater venue that once reminded Chicago audiences of maleficence, humming a tune and wondering just how many pairs of panty hose it would take to cover these varicose veins.

The ensemble carrying the huge headdresses of this piece amaze, all of them triple threats who switch characters and genders in an instant while belting their faces and dancing their asses off. Robert Ollis’ musical direction is impeccable and Jon Martinez’s choreography joyous. John Nasca’s costumes invite us into a night at The Gay Follies, staged in a bus that set designer Jeremy Hollis somehow hides on a nickel behind a beaded curtain.

The girth of Luke Meierdiercks’ (Adam/Felicia) talent tool belt is preposterous; what a clutch full of finery! Honey West is a transgender actress playing a transgender character at a time when the battle for transgender rights is on the firing line. Her Bernadette wears the halo of calm dignity that is only earned by embattled survival. West is the show’s anchor and the room goes dry whenever she stops singing. (Aaron Hunt)