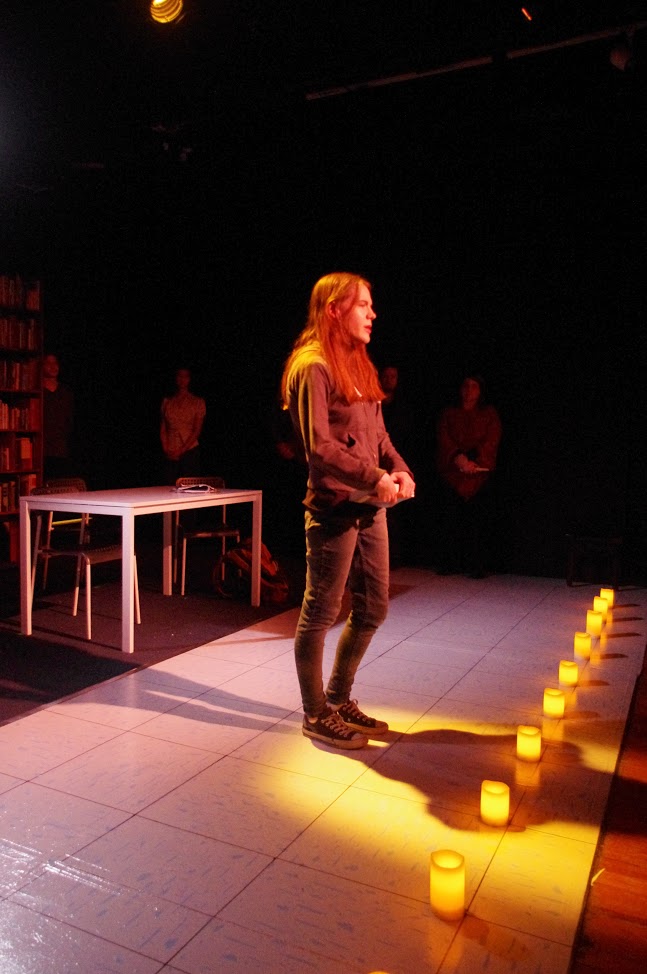 Caitlin Gabriel (Lindsey Markham) has no semblance of a life anymore, suffering public humiliation and isolation after surviving a school shooting. Her parents’ marriage is collapsing. Everybody believes she’s a liar. She’s been in and out of surgery for the better part of two years. And on top of all this, a victim’s mother is both grieving and monetizing her pain, turning out book deals and optioning movie rights.

Level 11’s “The Library” suffers from a lack of clarity. Much of the action onstage is overly generalized and based in melodramatic expressions. The subject matter is grim. The show veers away from gun-control politics, setting eyes instead on familial grief and how trauma can throw life into complete chaos.

It’s difficult to invest in a story with characters who are so unaware of themselves. Coping affects folks on different levels but everybody in “The Library” deals with their issues so selfishly that it’s hard to wish them success. As an audience, we perform some weird trial of empathy.

Nothing in the show is specific. The set, a slowly revealed series of bookcases, does not have a clear metaphorical mirror. The dialogue is overly expository and downright awkward sometimes. The story does not flow easily and there are scenes that could have been cut altogether. Chemistry onstage doesn’t exist: all the actors seem to be existing independently of each other.

What does this play want? Why is it here? The conversation on gun violence in this country doesn’t need a demand for mourning. Mourning is supported. At the worst, “The Library” feels like a wasted ninety minutes. At best, it’s a middling show about the emotional tolls of media and an inability to lead a private life in the twenty-first century. (Jay Van Ort)