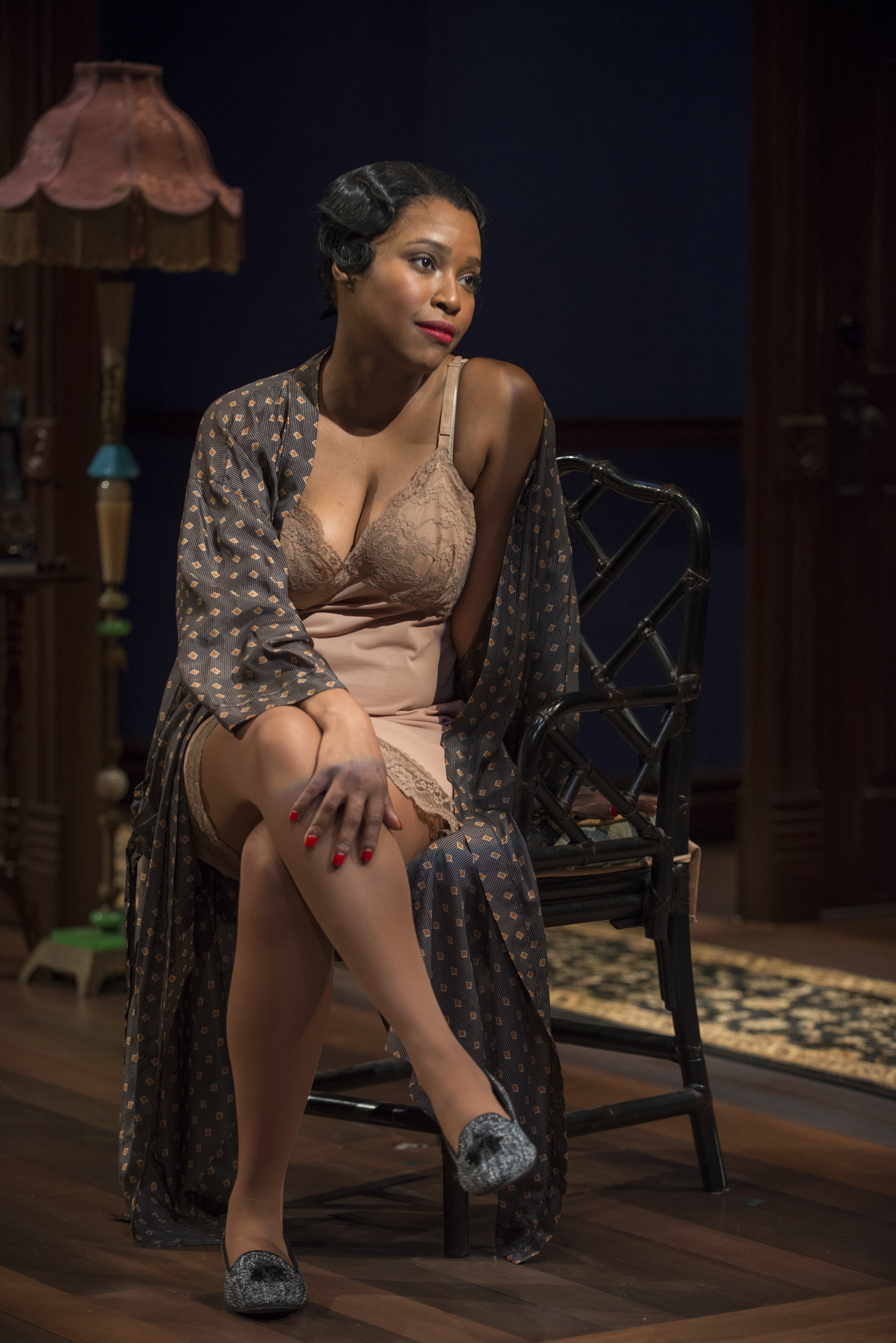 It’s hard to imagine Pearl Cleage’s “Blues for an Alabama Sky” being more relevant when it was first produced in 1995 than it is now. Tracking the dreams and heartbreaks of a group of black men and women as the Great Depression began to take its toll on the promise of the Harlem Renaissance, “Blues” unfolds like an elegant sheet of satin with sparkling wit, intellectual ambition and emotionally acuity.

Between “Blues,” “East Texas Hot Links” and “Sunset Baby,” Ron OJ Parson has been on one of the hottest streaks of any director in town this past year. In casting “Blues,” he goes young, plucking ripe talent that promises to ferment potently. Celeste M. Cooper plays the darling Delia, the awkward yet passionate advocate for family planning, a subject whose controversial nature has reached a swelling point yet again in our country. Sean Parris glides gracefully across every inch of Linda Buchanan’s stage, out, loud and proud. Geno Walker perfectly embodies the uncomfortable archetype of bumbling country boy and aggressive, God-fearing man.

Then there is Toya Turner. I mean no disrespect when I say that the rest of this cast (which includes the colossal talent of James Vincent Meredith) has to work hard to keep up with her. Turner’s expression of spiritual devastation is matched by her smoldering state, which burns a hole straight through your soul. “Promise” and “potential” don’t even begin to express her gifts as an actor. Turner’s star isn’t so much rising as it is shining bright for all to see.

Above all else, “Blues for an Alabama Sky” is a great black play, a work whose blackness is inseparable from its greatness. In its refusal to capitulate to generic (and predominantly white) narratives, “Blues” represents the dream of the Harlem Renaissance: an expression of specificity, rooted in the experiences of black Americans. The tragedy of this line of thinking, as articulated best by Langston Hughes and fully recognized in Cleage’s text, is that there is no level of artistic pluralism that can truly capture the multiplicity of any racial or ethnic group. For better and worse, in “Blues” as in life, difference, it seems, is what defines us. (Kevin Greene)