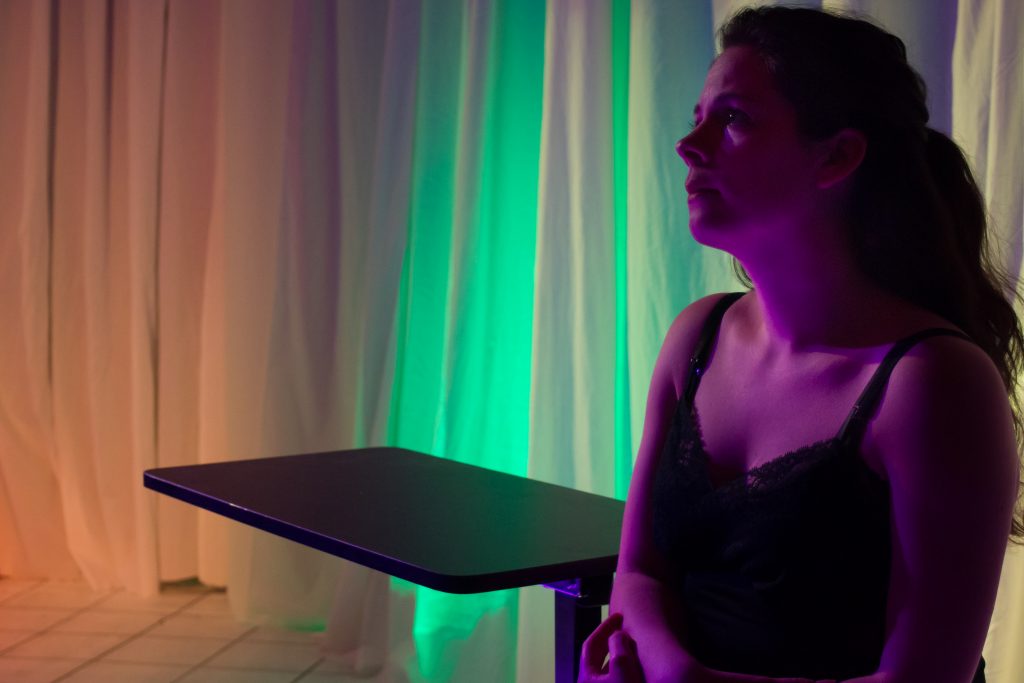 Paula Vogel’s “The Baltimore Waltz” is filled with grief. Following a terminal diagnosis of an ATD (Acquired Toilet Disease), Anna (Jenna Schoppe) decides to hop a plane to Europe to fuck her brains out. Alongside her brother Carl (Paul Michael Thomson) and his stuffed rabbit, the pair tap their way through France, Germany and the Netherlands while Anna absconds with every cute man who walks past. Meanwhile, the ever-present hope of a black-market cure persists.

Vogel’s play is loaded down with memory. While stories are a constant, “Waltz” places remembering in direct contrast to experience. After all, when Anna dies, what will she remember? Carl catalogues every monument and every historical plaque. Anna’s Third Man (Justin Harner) recounts stories of his own, connecting with her more than a two-hundred-year-old legacy could. The power of language looms, defining and redefining experience with tenses and moods while sometimes acknowledging that language will only make superficial changes.

The production is bumpy. The play’s airiness and poetry lend themselves to stylish, decisive directing choices which are largely absent here. The tile floor and matching drapes are sparse and white. There is a degree of anonymity, leaving some of the text’s richness drained: performers understand it on a line-by-line level but coherence suffers without a specific story being told. Carl has no long arc in the play and the Third Man’s role in tying the European fantasy together is lost, leaving the audience feeling unclear about what this story is exactly.

The production is not without charm. Schoppe’s dry-witted Anna is sweet and Harner is quite entertaining. But there’s a sense of stagnancy: none of them exist beyond the moment they’re living in, devoid of history and the potential to change.

It’s easy to appreciate the sentiment that went into the production. But choosing a great play means you have to stand shoulder-to-shoulder with it. Here, they needed more time to grow. (Jay Van Ort)