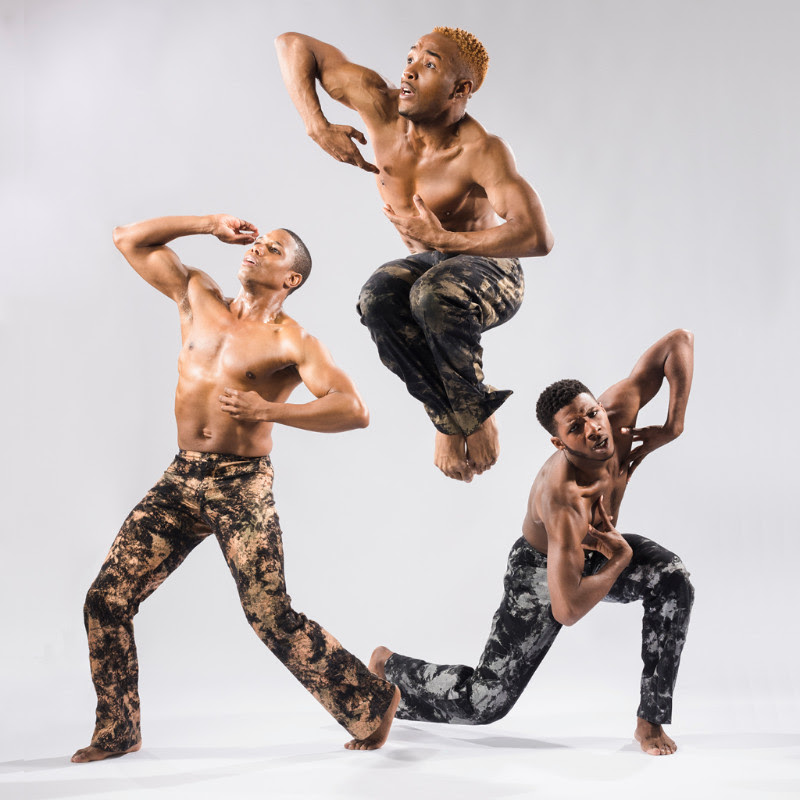 In December at the Hyde Park Arts Center, Deeply Rooted Dance Theater performed a program that was a balm for the soul. The company, which celebrates twenty years this season, danced powerful repertory pieces on themes of love, endurance, courage, spirituality and the strength of African-American communities. That program plays again February 4 at the North Shore Center for the Performing Arts in Skokie and features works by company co-founders Kevin Iega Jeff and Gary Abbott including “The March,” inspired by the Civil Rights movement, and an updated restating of “Jagged Ledges,” a 2004 commission about the struggles of people living with HIV/AIDS, as well as new works by company members Joshua L. Ishmon and Nicole Clarke-Springer that reflect on gender roles of men and women, respectively. Ishmon’s “When Men” features a camo-pants-clad trio, physically grappling with inner demons and angels both; it is a cry for strength in the face of pain and chaos. Clarke-Springer’s “Femme” contrasts from the first beat, a phalanx of women standing tall, eye trained out to the horizon, torsos moving in slow, ultra-controlled waves; the stage is aglow with strength. The program concludes with Jeff and Abbott’s “Heaven,” an inspired, hand-clapping, get-on-your-feet, all-company piece graced by the inclusion of mature dancers from the ensemble. Need to see the best in humanity this weekend? See this show.