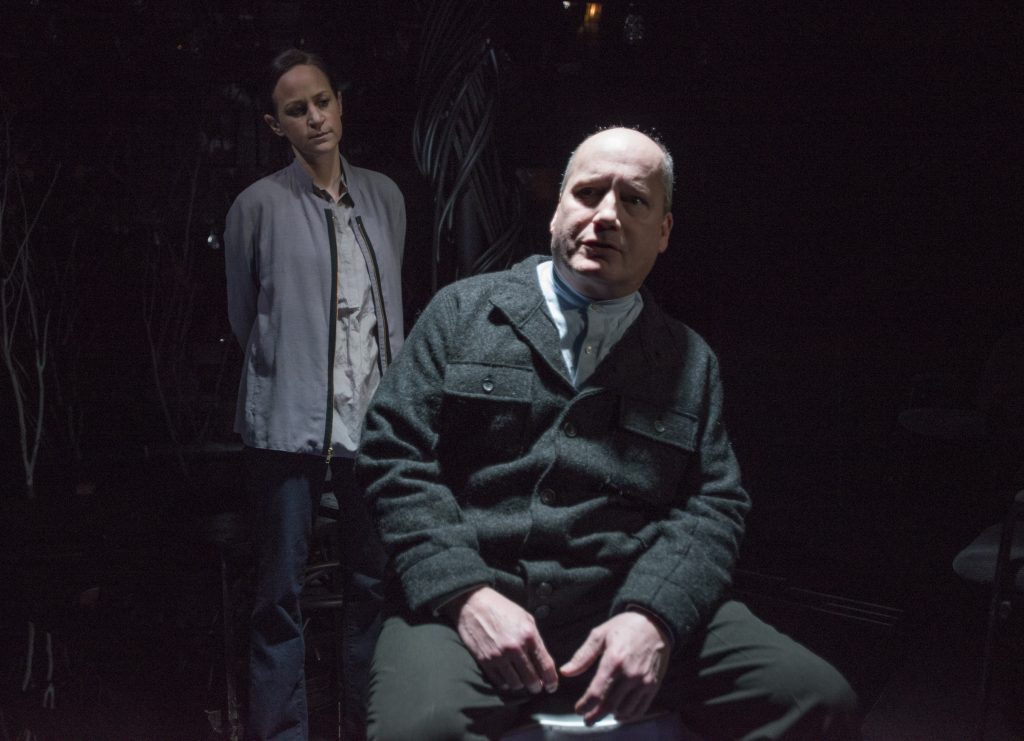 “These violent delights have violent ends,” wrote the Bard, noting the mortal consequences of our more extreme indulgences. And yet, fiction itself is a space to work out “delights” that would have negative or even disastrous results in reality. After all, the laws of the so-called civilized world are more puritanical than rational. Desire, on the other hand, is natural though frequently cast as despicable if it takes even one step outside the rigidly drawn bounds of decorum and into the realm of taboo.

Jennifer Haley’s “The Nether” engages in a moral argument about freedom that becomes less hypothetical with each passing year, as more of our world and identity moves online. Her play is equal parts moody procedural and deceptive pastoral, the contrast excellently characterized by John Musial’s set design—a forest of dark cables and twinkling lightbulbs. With “The Nether,” Haley draws a vivid and extensive world, which, with its “single school act” and ecological destruction, sounds not so much like fantasy but rather a reality that is rushing up to meet us.

Even as they game out the playwright’s increasingly complex dialectic, the cast never loses sight of the emotions that motivate her ideas. Following a similar ideology and narrative arc, through written years prior, Guy Van Swearingen’s Sims is to “The Nether” what Dr. Robert Ford is to “Westworld.” Ashley Neal’s Detective Morris, whose backstory puts a modern spin on a classic archetype, doggedly pursues Sims, a towering intellect with a possessive nature.

As Iris, Maya Lou Hlava is uncanny in the best possible sense and Steve Schine is convincing as a man with a higher purpose seduced by the possibilities of Sims’ paradise. Doug Vickers’ talents are mostly reserved for the final scene, which replays a pivotal moment with crushing emotional heft.

“The Nether” engages on several planes simultaneously, balancing itself like a finely tuned machine. A smart, edgy and essential play, it is a perfect fit for A Red Orchid, a company that is unafraid of ambiguity or artistic challenges. And we need that mentality now more than ever. For as this play proposes, we cannot know the world until we truly know ourselves. (Kevin Greene)