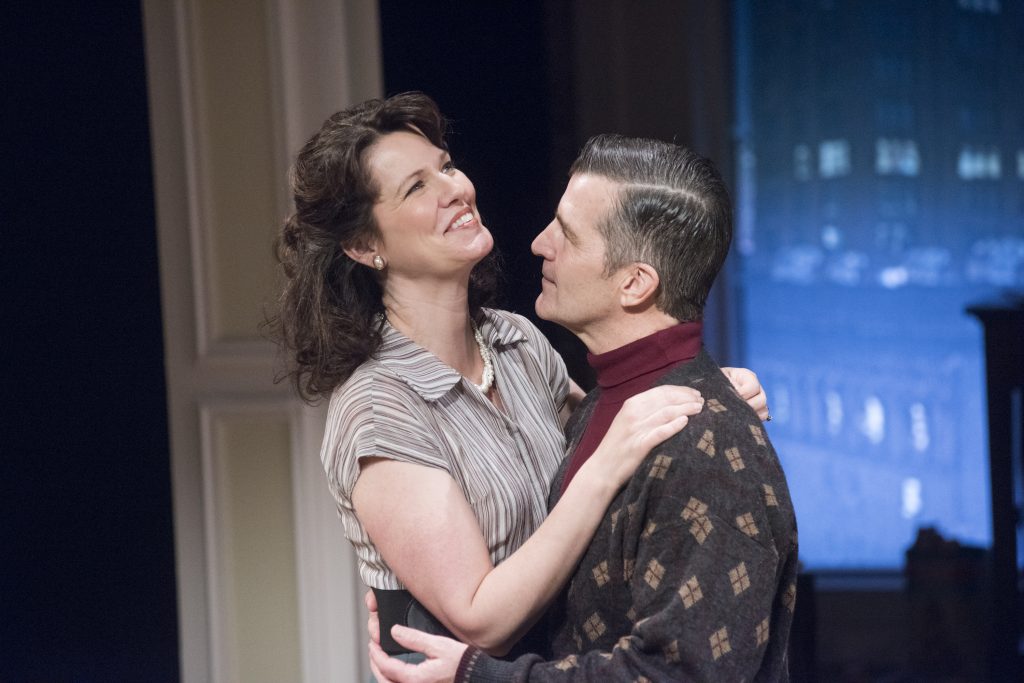 Any review of Raven Theatre’s Chicago premiere of Richard Greenberg’s “The Assembled Parties” should begin with a shoutout to Jeffrey D. Kmiec’s lavish set, a truer-than-life facsimile of a fourteen-room Manhattan apartment. The set is the real star of this unabashed paean to the joys of up-market real estate, conspicuous waste and internalized anti-Semitism.

Greenberg’s play, which according to the program was commissioned by a New York theater “with funds provided by U.S. Trust,” gives us a banker’s-eye view of the human condition. Much compassion is lavished on sensitive one-percenters, whose suffering can never be fully appreciated by the lower orders.

The play’s two acts take place at formal Christmas dinners set twenty years apart as a nouveau riche Jewish family, while trying to out-WASP the gentiles, discovers to its apparent shock that things change over time and some dreams never come true. There are two-and-a-half hours of conversation about a family heirloom and an eccentric girlfriend, neither of which is seen, and some soap-opera plot twists, which also occur offstage. Two of the main characters then resolve to continue enabling the advanced Martha Stewart complex of the third, as the curtain descends.

Raven’s topnotch acting ensemble—especially the impeccable JoAnn Montemurro as the caustic Aunt Faye—is wasted on this static, navel-gazing tale. Director Cody Estle milks the laugh lines of the contrived script but can do only so much with a work featuring nine glib characters and not one fleshed-out human being.

First produced in 2013, the play speaks to the moment. Protagonist Jeff (Christopher Peltier), an awkward, ambivalent corporate lawyer-in-training, evokes Jared Kushner as he rages at his first-generation parents for behaving too Jewishly. And there is a Trumpian tendency in the way that characters not wearing Ann Taylor or J. Crew outfits are portrayed as shambling subnormals. Aunt Faye’s ungifted daughter Shelley (Marika Mashburn) is so assailed by her viciously critical parents that one half expects her final appearance to involve an ax. Alas, that would have been a more interesting play than this one. (Hugh Iglarsh)