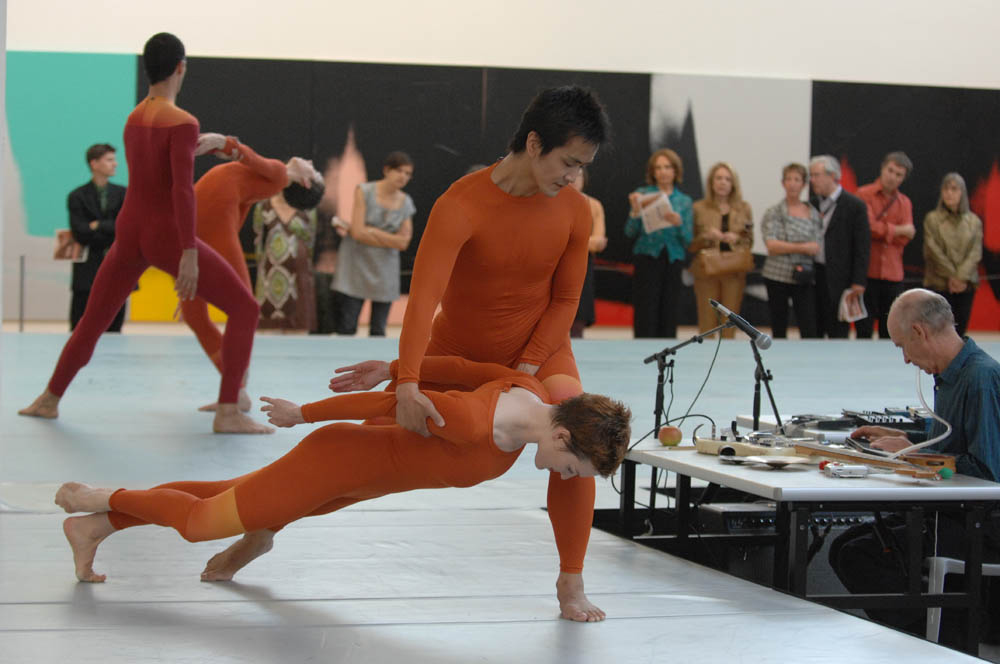 Dance, much as it has been in other art forms, is often divided between its purists and innovators, betraying underlying class, gender, race and other such divisions. Appearing simultaneously at the Walker Art Center and the Museum of Contemporary Art Chicago, “Common Time” is a retrospective look at the interdisciplinary focus in the work of dance’s renowned master. The show is organized by the Walker team of Fionn Meade, Philip Bither, with Joan Rothfuss and Mary Coyne, and curator Lynne Warren oversees the exhibition spread across the MCA’s fourth-floor Griffin Galleries. Cunningham famously collaborated with the likes of Jasper Johns, Robert Rauschenberg and, of course, his partner John Cage.

Not that it necessarily needs it, but they’ve also brought in a presentation of Andy Warhol’s “Rainforest;” more compelling is the inclusion of Charles Atlas’ “MC9,” with thirty-five years of clips from Cunningham pieces. It’s something of an odd choice to want to feature Cunningham now, given the vast advances in dance and performance, to want to look so far back at its early roots in the last century, and perhaps a much-needed reminder that the visual arts, performance, music and more, desperately rely on shared horizons.

At the same time, given the deep cultural divisions of our country, perhaps it’s apt timing for a loom at an approach to art, as Cunningham himself put it, “independent and interdependent, sharing a common time.” The retrospective opens with the “MCA Cunningham Event” on February 11 from 1:30pm-2pm, and February 12 from 4pm-4:30pm with a new performance of “Museum Event No. 1,” originally presented at Vienna’s Museum of the Twentieth Century. Other special events include new commissions with the Ballet de Lorraine on February 18 and 19, and “Music for Merce” February 25 and 26. MCA curator Lynne Warren will also give a talk on Cunningham on Tuesday, March 7, from noon-1pm. (Michael Workman)