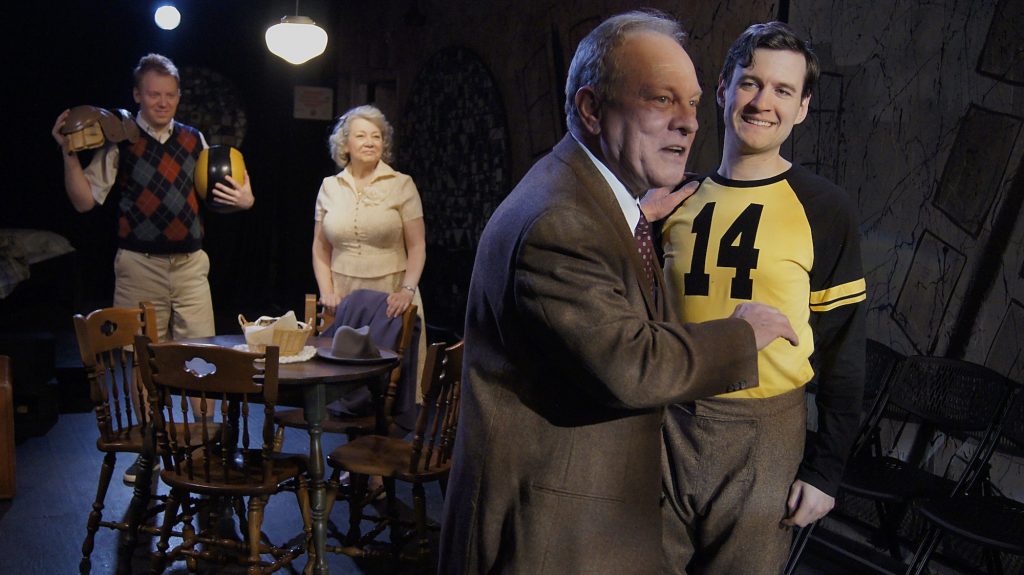 The American Dream—the belief that what fulfills life is prosperity, what determines prosperity is work and that work glazed over with a little sheen of popular appeal guarantees respect—has been languishing the length of its existence. Perhaps never more so than among the so-called millennials, who are said to disdain puritan ideals of toil, reject capitalist faith in private property and understand and participate in the mechanics of popularity with greater frequency and fervor than any generation before them.

Arthur Miller’s Pulitzer Prize-winning “Death of a Salesman,” a play that encapsulated a cultural moment more than half a century ago, serves as a grim reminder that America is not and has never been great, except in its determination to be something other than what it is. Redtwist Theatre’s production, directed by Steve Scott, plays it straight and spare on a set designed by Elyse Balogh—minimal enough to have been scavenged straight from a Depression-era scrapyard—to poignant effect.

As the delusional salesman Willy Loman, whose mediocre career has brought him neither fame nor wealth, Brian Parry pinballs between arrogance, bombastic rage, fatherly pedantry and childish entitlement, all hovering menacingly above the abyss of his failure as a man and his desperation not to know it. Matt Edmonds is heartbreakingly earnest as his elder son, Biff, the former football star who never went to college and can’t hold down a job. Benjamin Kirberger plays the playboy younger son, Happy, the overgrown child as imperceptive of his father’s woes as his father was to his. Jan Ellen Graves gives strength and weight to Willy’s wife, Linda, who holds the family together with equal parts of blindness and insight.

To watch a man intent upon blustering his way through a life that never adds up to be what he says it is ought to remind us of the terror marauding through our country. Instead, it reveals the way the anger of young men becomes the frustration of old ones. “Let’s hold onto the facts tonight, Pop,” Biff begs Willy. “We’re not going to get anywhere bulling around.” But he won’t and it’s fatal. (Irene Hsiao)