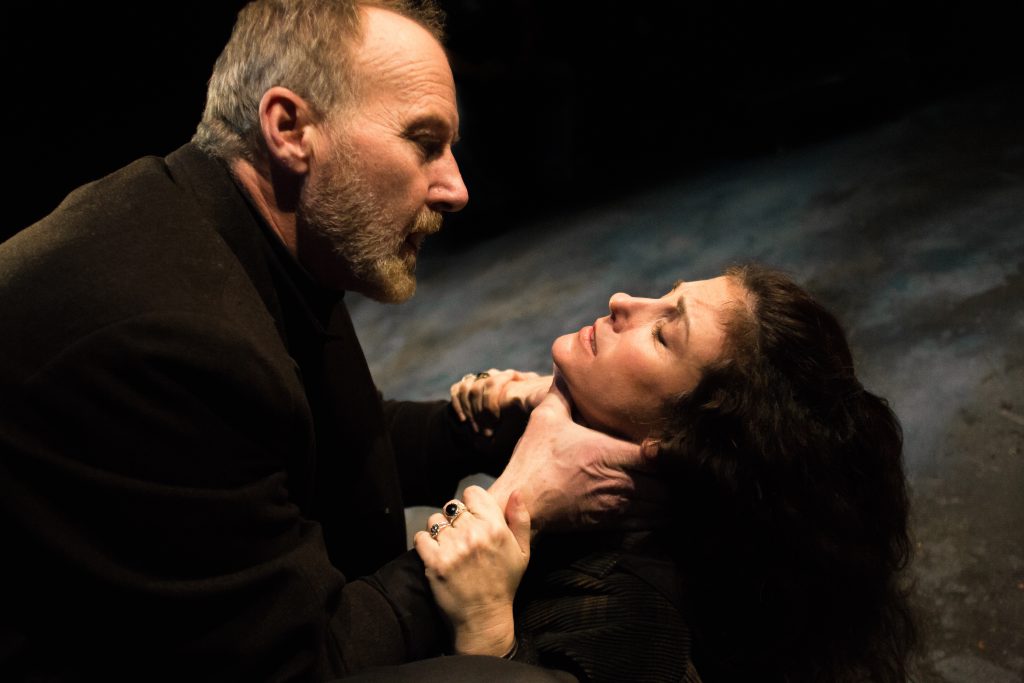 Context is a tricky thing for Greek tragedies performed in the present, when the pure fire of outsized emotion seems overwrought and the outrageous choices of their heroes border on irrationality. Played straight, they are curious artifacts from a past of milk-white, rock-hard bodies, more to be viewed than experienced. Appending modern elements only makes the effect more jarring for audiences that favor the complex justification of narrative to Dionysian catharsis.

Marina Carr’s 1998 play “By the Bog of Cats” addresses this problem by transposing Euripides’ “Medea” to an Irish bog, where Hester Swane (Kristin Collins) is the wild-haired, wronged mother from the tinker caste, who prowls the town erupting with fury sucked deep from the dark wet mist of a land both murderous and seductive.

Her doom is forewarned from her entrance, dragging a small body in a quilt. It’s the corpse of Blackwing, the swan whose nest she shared as an infant, chiseled out of the ice for a proper burial, an act as gruesome as it is loving. The danger intensifies when a teal-eyed Ghost Fancier (John LaFlamboy) tells her he awaits and rises to a bizarre pitch when the blind Catwoman (Caroline Dodge Latta) prophesies her death between bites of a mouse drawn from the drapes of the cat hide she sports.

It’s a wedding day—not hers. The ungrateful Carthage Kilbride (Tim Musachio), whom Hester has raised from a sixteen-year-old farmhand to a landowner and who is the father of her daughter Josie (angelically innocent, ferociously talented Elise Wolf), is determined to wed the younger, weaker Caroline (Kelsey Phillips), daughter of the tyrannous farmer Xavier Cassidy (Frank Nall), for money more than love. And Carthage’s mother (Jane DeLaubenfels) is a bitchy, penny-pinching, son-loving harpy. So there is spectacle too, if you have ever been curious to attend a feast more uncomfortable than your last family reunion.

Centering the play is the abandonment and alienation that pervades Hester’s life, from the mother who left when she was seven to the overt and hidden disdain for tinkers. Hester is clear-sighted but powerless in a society that has always rejected her, unable to transform suffering into love. (Irene Hsiao)