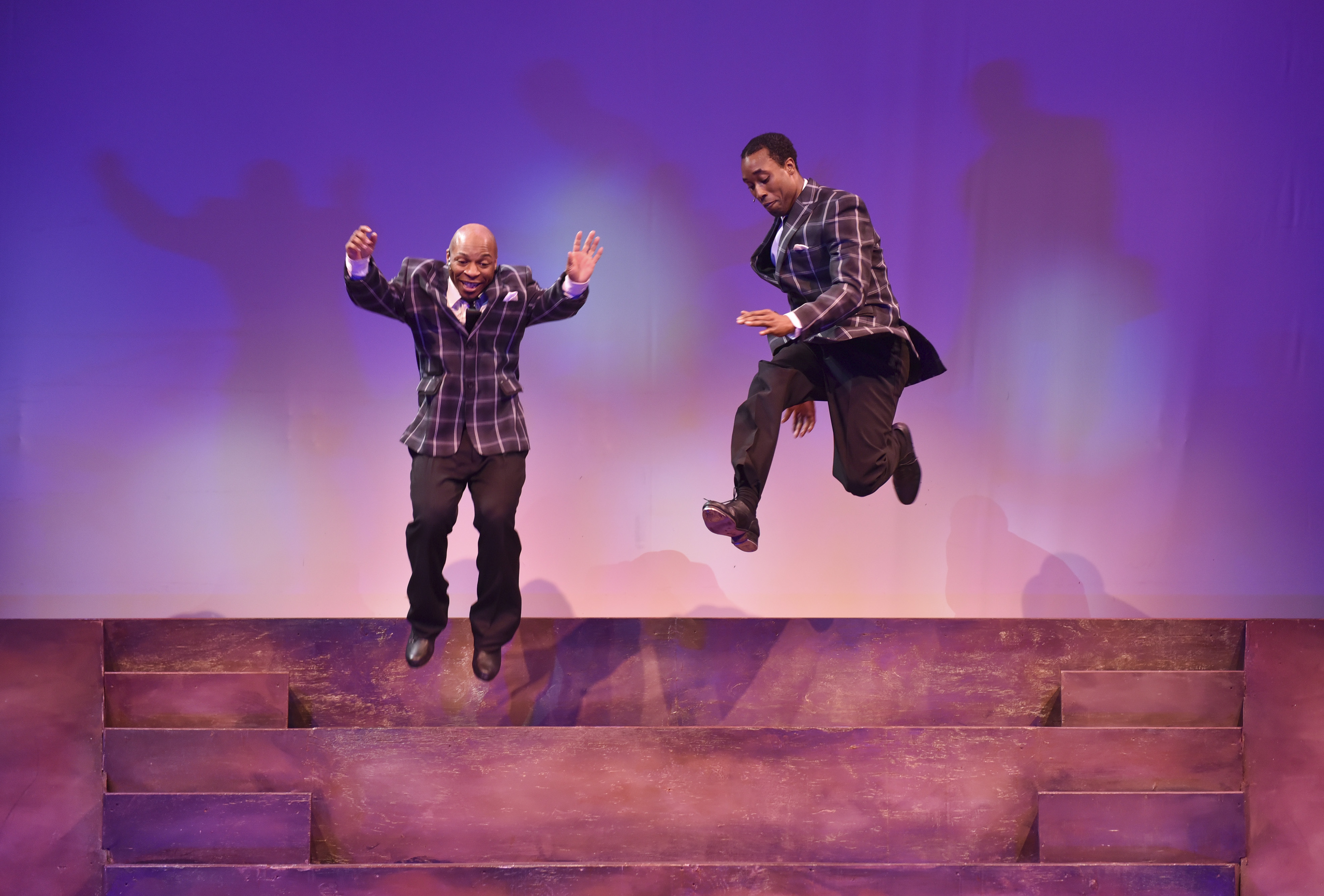 The conundrum of staging biographical tributes to great performers is that great artists can be imitated but presence, the essence of performance, cannot be reproduced. The Nicholas Brothers were an act never to follow in life and they remain so more than a decade after Fayard Nicholas, the self-taught performer who choreographed the heartstopping numbers he danced with his younger brother, passed away at the age of ninety-one.

Hoofer Gregory Hines declared that a film about the duo would require CGI dancers because no one else could do what they did. If you come to Black Ensemble Theater’s original production, “My Brother’s Keeper: The Story of the Nicholas Brothers” (written, directed, choreographed and costumed by Rueben Echoles, who also stars as younger brother Harold Nicholas), hoping to see the elegance, intricate footwork and madcap acrobatics that immortalized their work on stage and screen—in other words, if you come hoping to see them live again—you will be disappointed.

As a standalone musical revue, “My Brother’s Keeper” energetically delivers song and dance numbers galore. With familiar tunes by Gershwin, Cole Porter and others from the thirties and forties mixed with original compositions penned by Echoles and arranged by a team of musicians, there’s plenty of dazzling entertainment by an ensemble of strong singers, particularly Shari Addison, who plays mother Viola Nicholas with warmth and strength, Jessica Seals as Fayard’s no-nonsense first wife Geraldine Pate and Taylah Thomas as Harold’s first wife, the glamorous but fragile Dorothy Dandridge.

Yet the play substitutes didactic exposition for character and plot development between musical acts, frequently calling upon actors to narrate rather than portray the lives of these icons. The most successful moments are brief vignettes where dialogue does the work—Fayard (Rashawn Thompson) encouraging Harold after the death of their father and Dorothy and Geri sharing coffee after their respective divorces. Still other moments are anchored in song, especially Addison’s heartrending performance of “Master Give Me Strength.”

There’s sufficient talent and love in “My Brother’s Keeper” but the play requires editing to be more than a mere report on some of the greatest entertainers of the twentieth century. (Irene Hsiao)