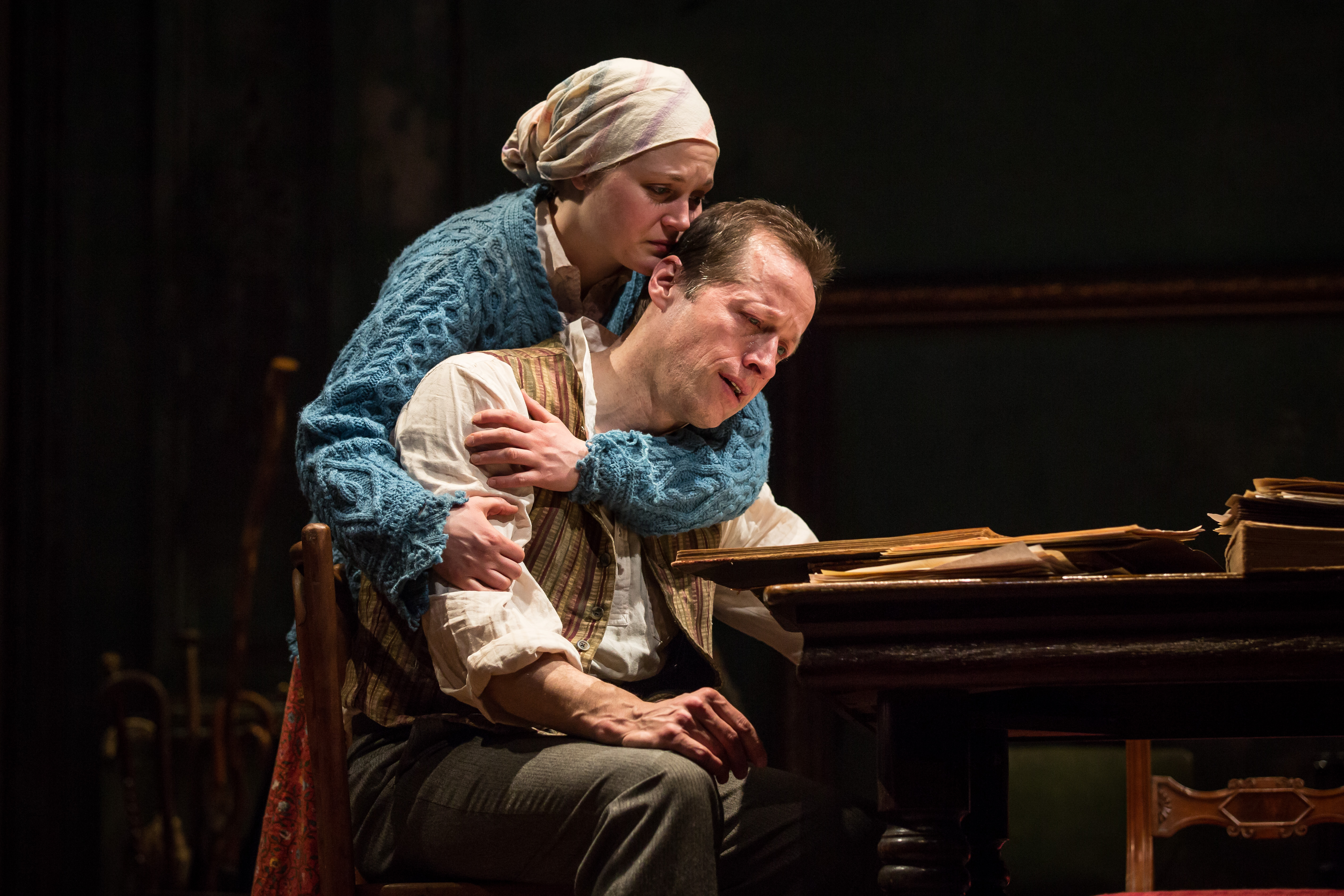 In the canon of great white playwrights, Anton Chekhov stands apart from the suburban introspection of Arthur Miller, the noble street savvy of Tennessee Williams or the insidious puritanism of Eugene O’Neill. Chekhov’s characters are simultaneously self-pitying and reverently repressive, flailing against the walls of a prison that they, by and large, have erected. Russian culture is one that seemingly abhors so-called degenerates and yet, if their art is any indication, also specializes in producing them. It is a paradox expressed perfectly by Dr. Astrov in the Goodman’s production of Annie Baker’s delicately straightforward interpretation of “Uncle Vanya,” where he points out that, in this world, to be a creep is to be normal.

Baker’s influence on this production is light but studious. Beyond the occasional deliberately selected word (“creep,” in particular, appears on several occasions), her influence can be felt, appropriately, in moments of silence: the family sharing morning tea or Sonya assembling pans on the floor to catch rain as it slips through the rotting ceiling. Falling somewhere between translation and adaptation, Baker’s “Vanya” feels natural and authentic, neither burdened by classical formalities or clogged with anachronisms. It is an unpretentious, affectionate tribute to a writer that has clearly had an influence on her and speaks to Baker’s well-deserved reputation for artistic and authorial maturity.

Robert Falls’ direction is noninvasive and embraces Baker’s tendencies toward the mundane. There are a variety of approaches to character here, each seemingly more perfectly suited to the actor embodying them than the next. Featuring Mary Ann Thebus’ tottering, warbling Marina and the breathless drawl of Marton Csokas’ Dr. Astrov, whose mid-show drunken monologue is worth the price of admission alone, the cast also includes two Steppenwolf ensemble members who turn in performances worthy of the praise they’ve accumulated.

As the titular uncle, Tim Hopper is at his animated, agitated best. He dances and twirls, throws himself over furniture, crawls across the dirty floor of the dilapidated estate (you can almost smell the mildew coming off of Todd Rosenthal’s set) before collapsing into a heap of wasted flesh. It has been some time since Chicago audiences have gotten to see Hopper this loose and his performance serves as a reminder of his underrated comic delivery.

As Sonya, Caroline Neff is wrenching in her lack of affectation. You may feel as though you’re watching Rose from “The Flick” only in head wraps instead of hoodies but Neff’s approach nevertheless works splendidly, especially in contrast to Hopper’s melancholy Vanya and Csokas’ morbid doctor both of whom are given to extreme emotional outbursts. In the end, “Uncle Vanya” feels like Neff’s show though the glory of this production is shared among its gifted participants. (Kevin Greene)