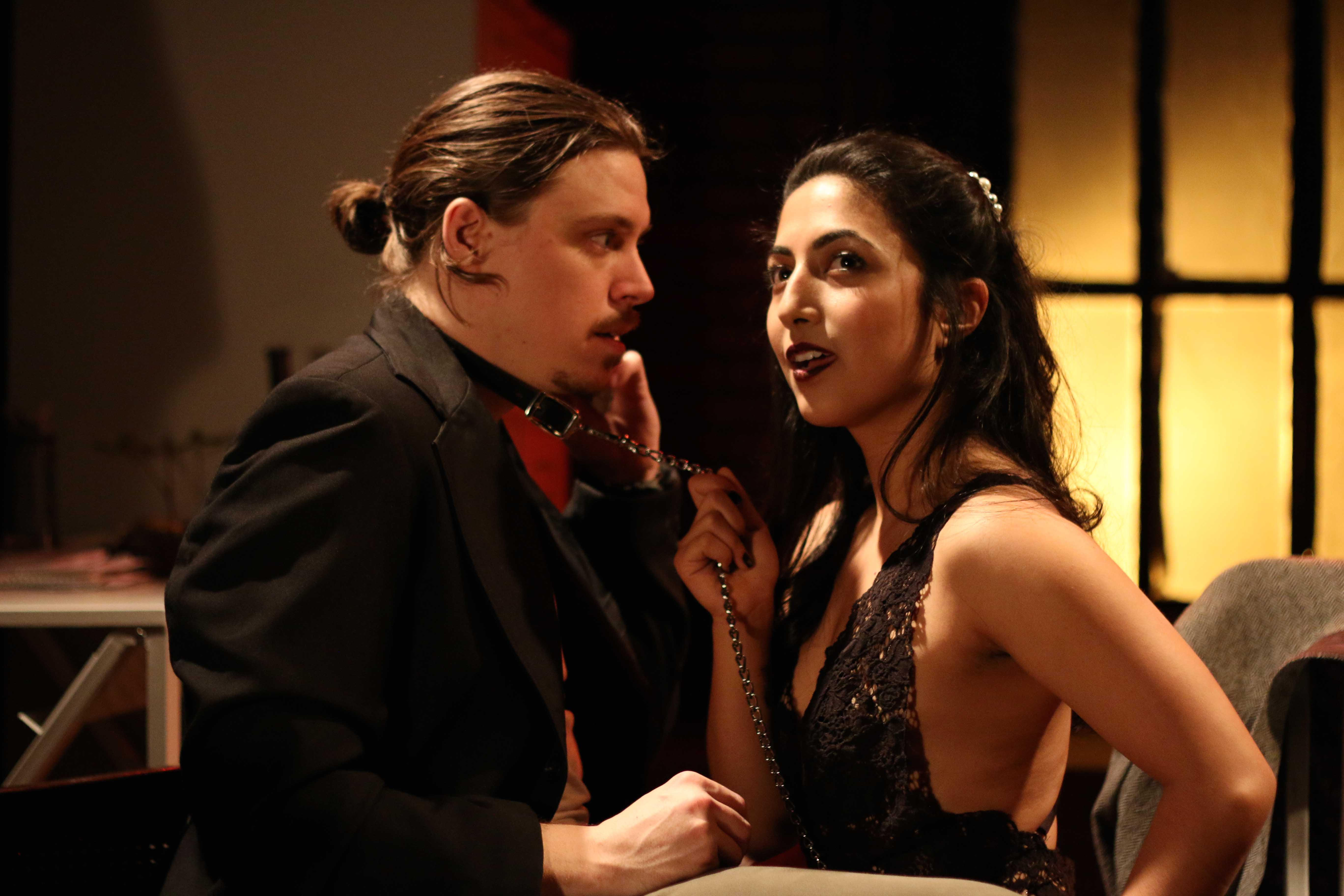 David Ives’ “Venus In Fur” is a potent piece of metatheatrics: a director holding the final audition for his adaptation of the nineteenth-century novel “Venus in Fur” reeks of a show made by and for theater folks. And it is: between the in-jokes and wild shifts of character and power dynamics, the ever-deepening layers of deception require powerful compasses for performers and audiences in order to not become disoriented.

Thomas Novachek (Zach Livingston) and Vanda (Arti Ishak) strafe and stride around each other during Vanda’s audition. She’s the last one in, an ostensibly bubblegum-dumb actress identical to the worst Thomas saw earlier. But as Vanda proves to be more than she appears, Thomas is faced with both his own complete mediocrity and a deep misogyny that comes with it.

Director Charlotte Drover preserves clarity within the action of the show. Despite the potential ambiguity of Vanda as a character, there’s an arrow running straight through the heart of the play that is true even as sensuality and misdirection take center stage.

Arti Ishak is incredible. She slides between the embodiment of power and the performance of everything that Thomas sees as “wrong” with women these days (“Idiots and dykes,” he says to his wife over the phone). Her tactics are precise at all moments and her long-game is, again, a straight line toward his humiliation even when she’s shoving him down on the divan or mispronouncing “Hedda Gabler.” Livingston plays his best vile in counter to her and presents a convincing portrait of a pitiful, obsolete auteur.

The irony is that, despite Thomas’ best efforts, “Venus In Fur” continues to be irritatingly topical as Drover puts her white cis male director under the gun (ahem, Profiles Theater). Art paid for with its performers’ dignity and identity isn’t art.

There is some stumbling toward the end: the dynamics shift only superficially and the physical action of the stage seems less profound and subversive than at the top. But really: Ishak never gets stuck for long and so, in her powerful sense of self, she empowers us to fight injustice. (Jay Van Ort)