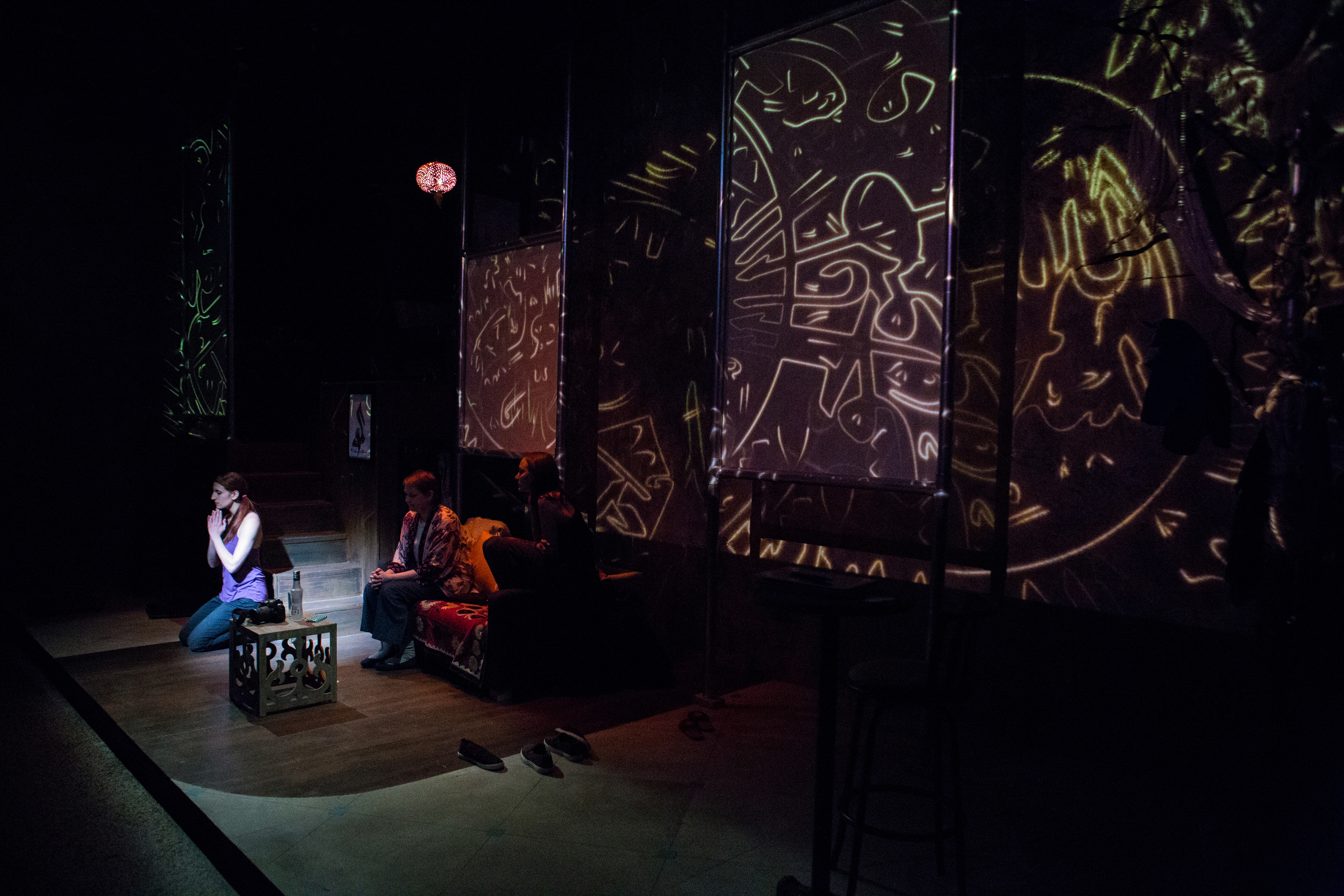 Mona Mansour’s “Unseen” is like Alfred Hitchcock’s “Rear Window” if L.B. Jefferies suffered from crippling post-traumatic stress disorder rather than the inconvenience of a broken leg. Unlike Hitchcock’s film, Mansour’s play is not interested in validating the suspicions—and by extension, the morally slippery actions—of its protagonist. Instead, Mansour writes Mia (Brittany Burch who performs with the kind of intensity that one finds so frequently at The Gift and so rarely elsewhere) as an insufferable brat with a chip the size of a cinder block on her shoulder. She is at once capable, confident and deeply conflicted while also being prone to bouts of juvenile sadism. While the subject of Mansour’s play—conflict photography, dubbed “disaster tourism” here—is fascinating, the characters in it don’t seem to know what they want from each other or the world around them.

As the play begins, Mia wakes up on the couch of her on-again-off-again Turkish girlfriend, Derya (Ashley Agbay), having been found unconscious after a massacre she was photographing. They are soon joined by Mia’s mother (Alexandra Main) and the three proceed to have variations on the same conversation: what happened to Mia before she passed out? The play is a slow burn but one that never quite reaches its potential zenith. The relationship between Mia and Derya, who appears to be a long-suffering martyr to a petulant womanchild, needs further exploration. Mia’s detestability rankles in just the right way but her catharsis feels unearned even if Burch seems to be draining her life force for the sake of it.

The technical elements of “Unseen” are unique and well deployed: a set (Sarah JHP Watkins) with three distinct “locations,” sound (Sarah Ramos) and light (John Kelly) design that convincingly recreate the experience of both mental disturbance and physical violence. There are projections (Brock Alter) though they tend toward the abstract even when characters reference concrete objects.

“Unseen” tackles many salient issues that will feel familiar to the world-weary and the well meaning: namely the privilege of being able to look away from horror and the lure of the self-flagellation Olympics, a competition that Mia seems bound and determined to win. As a world premiere, it’s a promising start. Were it to open its shutter a little wider, it may be able to capture a truly important way of looking at and being in the world. (Kevin Greene)