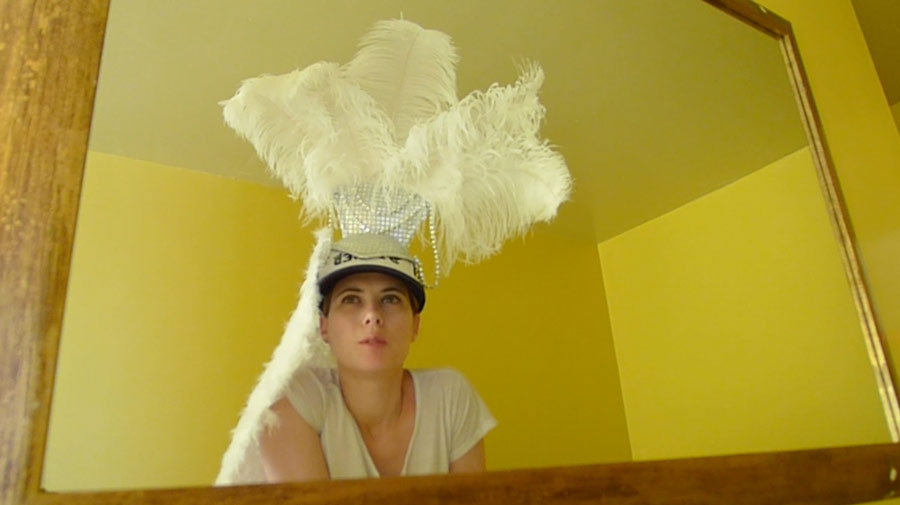 Photo courtesy of the artist

Chicago audiences are in for a treat this week: as part of OnEdge, the DCASE-sponsored experimental live performance series, Geneva-based artist Marie-Caroline Hominal will present her 2013 “Triumph of Fame” at Defibrillator Gallery. Trained as a dancer, Hominal shifts into a performance art mode in her most recent work and boils down notions of audience to its implied extremes of intimacy, presenting her work to a single person at a time. “This format gives me the possibility of working on a unique experience and there is no documentation, no onlookers,” explains Hominal. “I find it interesting to work on a mental space in this time of visual overload. This format goes against our current proactive needs. It’s like a pause in a space time.” The work takes its name from one in a series of poems by Petrarch called “I Trionfi” that analogizes the phases of life to forces of mythic symbolism, such as Life, Death and Eternity. It’s also an expansion of her one-on-one method that, Hominal hopes, will impel a deeper engagement with the mechanics of performance-making. “I needed to take a step toward the audience and be with them in the hidden side of the theater (so to say ‘behind the curtain’).” she says. “After Hotel Oloffson, my first one-on-one performance, in which the guest and I were lying next to each other watching a video projected on the ceiling, I felt the ‘Triumph of Fame’ need not focus on horizontality but on verticality, and to be face to face with a single audience member for a fifteen-minute encounter. In ‘The Triumph of Fame’ I try to evoke a space for projection that stimulates the audience member’s imagination and in the end the piece is as much created by him/her as by the artist. The audience member has to do everything by his mental availability, to receive and then to transform.”