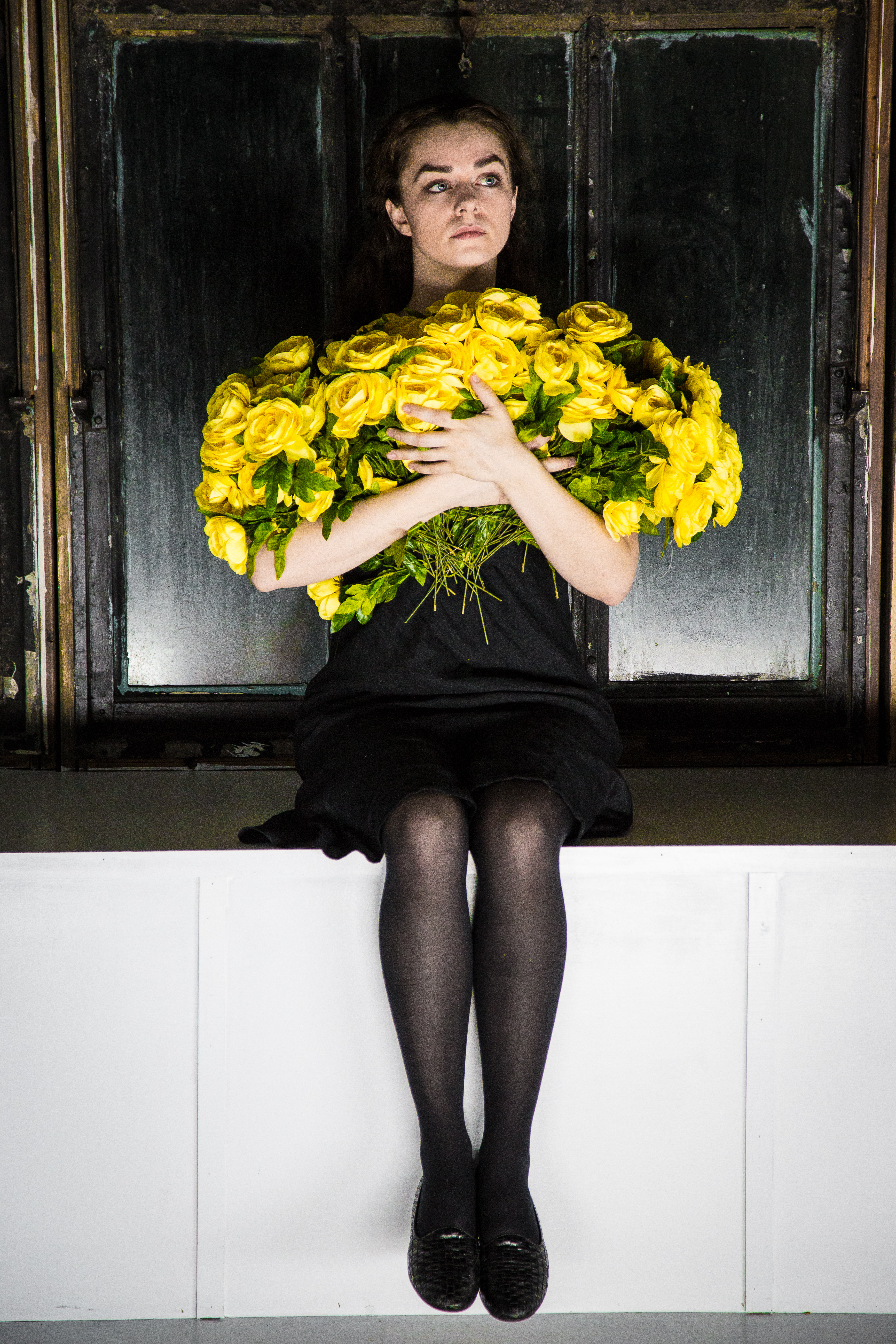 “Gentle,” adapted and directed by Zeljko Djukic, is striking. The bone-white set is stark and gridded sharply; any splash of color shocks. When the Pawnbroker (Tom Dacey Carr) walks on in a business black suit he is seen, a sterile arrival in a sterile shop. When the Girl (Danielle Tucker) is revealed, a splash of yellow fills the space. And maybe some sunshine.

The intrusion of spirit and life into the chamber is sharp and joyful. Music confounds the profound gloom that silences the space.

Apart from a scruffy non-beard, the Pawnbroker is as sterile as the shop he owns. A fair price on an heirloom is “warm” behavior for him and he only defines humans by their value. Even for the Girl, he has little sense of compassion; he readily hides his feelings in a box and responds to her gifts of story and love in silence, hoping to break her. She responds in action and affection. He responds in silence.

In one sense this is excellent: the script is beautiful with language and words as stunning as the images onstage. We follow the antihero through his looseness of thought and the justifications of his own decency (“What are you even saying?” Tucker asks in a moment of groupthink with the audience). Through it all, we’re tied to his loathsome self by a slippery wit. The same applies to the Girl and the housekeeper (Lauren Demerath), in their own ways.

In another sense it’s not the greatest news, Carr’s got a lot of text to work with and his handle on it is tenuous—when the cord frays, Carr can lose focus on the world within the black box frame. In these moments, his relationship with Tucker is lost.

Fortunately, Tucker and Demerath are effective storytellers, forming strong images in Djukic’s world (already a stable architecture) such that we’re able to maintain a grasp on the larger picture of “Gentle”: love in a capitalist society; the nature of wounds; how jealousy and want for an idea can erode a person. And at its core: what are the lies we tell ourselves to protect our hearts? (Jay Van Ort)