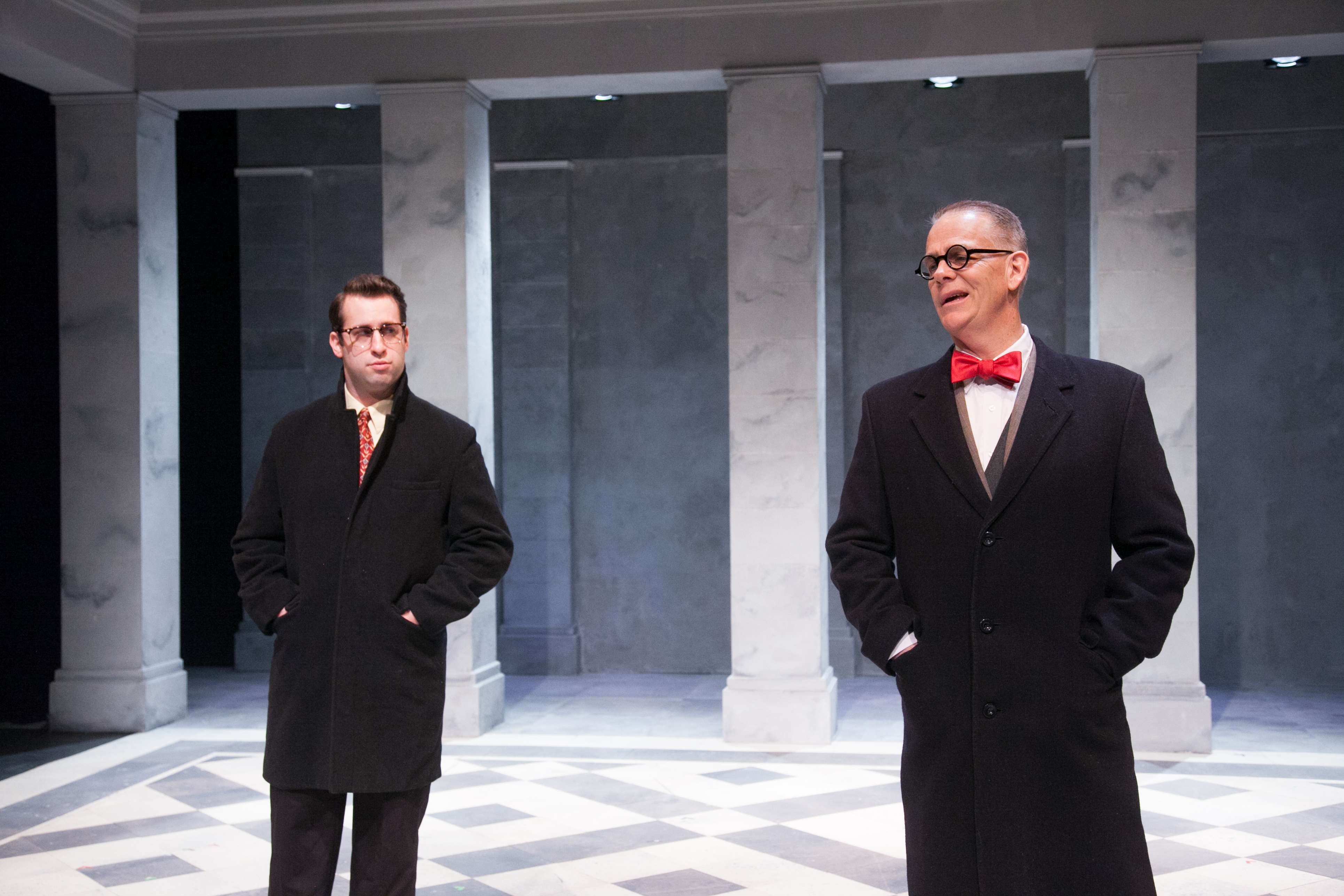 In a society accustomed to having—or believing it has—twenty-four-hour access to uncensored, to-the-minute information, the exclusion of the New York Times, CNN, LA Times, Politico and BuzzFeed from an off-camera White House press briefing on the twenty-fourth of February was a shocking rebuke to media outlets that do not mouth the pabulum of the current administration and a bullhorn in the ear of the masses that something is rotten in the United States of America.

David Auburn’s “The Columnist,” a 2012 biographical play on Joe Alsop, formidable journalist and erstwhile friend to senators and presidents of the forties and fifties, is thus a curious play for these times—a reminder of a moment not so long ago when news was not in the purview of anyone with a smartphone and a Twitter account but composed and interpreted by a social and intellectual elite. Harvard-educated Joe Alsop, along with his Yale-educated brother Stewart, relations of Eleanor Roosevelt and friends of JFK, were notorious in their day for their widely syndicated column, “Matter of Fact.”

“I’m not your comrade. I’m your superior,” sneers Joe (Philip Earl Johnson) in an insufferably smug mid-Atlantic dialect to a young Russian (Christopher Sheard) he’s just met in a bar. That he does so in dishabille but for a swaddling of white sheets atop a luxurious hotel bed from which said Russian, who claims to be a tour guide, has apparently recently emerged while investigating international affairs in Moscow, emphasizes the complexity of his power.

A top insider in Washington who entertains Kennedy the night of his inauguration and casually seats Robert McNamara next to his stepdaughter’s new boyfriend at dinner, Joe is an egotist honor-bound to serve his country, a tyrant to his accommodating wife Susan Mary (Kymberly Mellen) and a painstaking landscaper to his relentlessly blossoming stepdaughter Abigail (Tyler Meredith). He is also terribly vulnerable as a closeted homosexual in a socially conservative, pre-civil rights, pre-Stonewall era.

Admirably acted and seamlessly produced, “The Columnist” is a fascinating reminder of the fluctuating influence of the press within the narrative of the rise and fall of an individual in and as the public eye.  (Irene Hsiao)