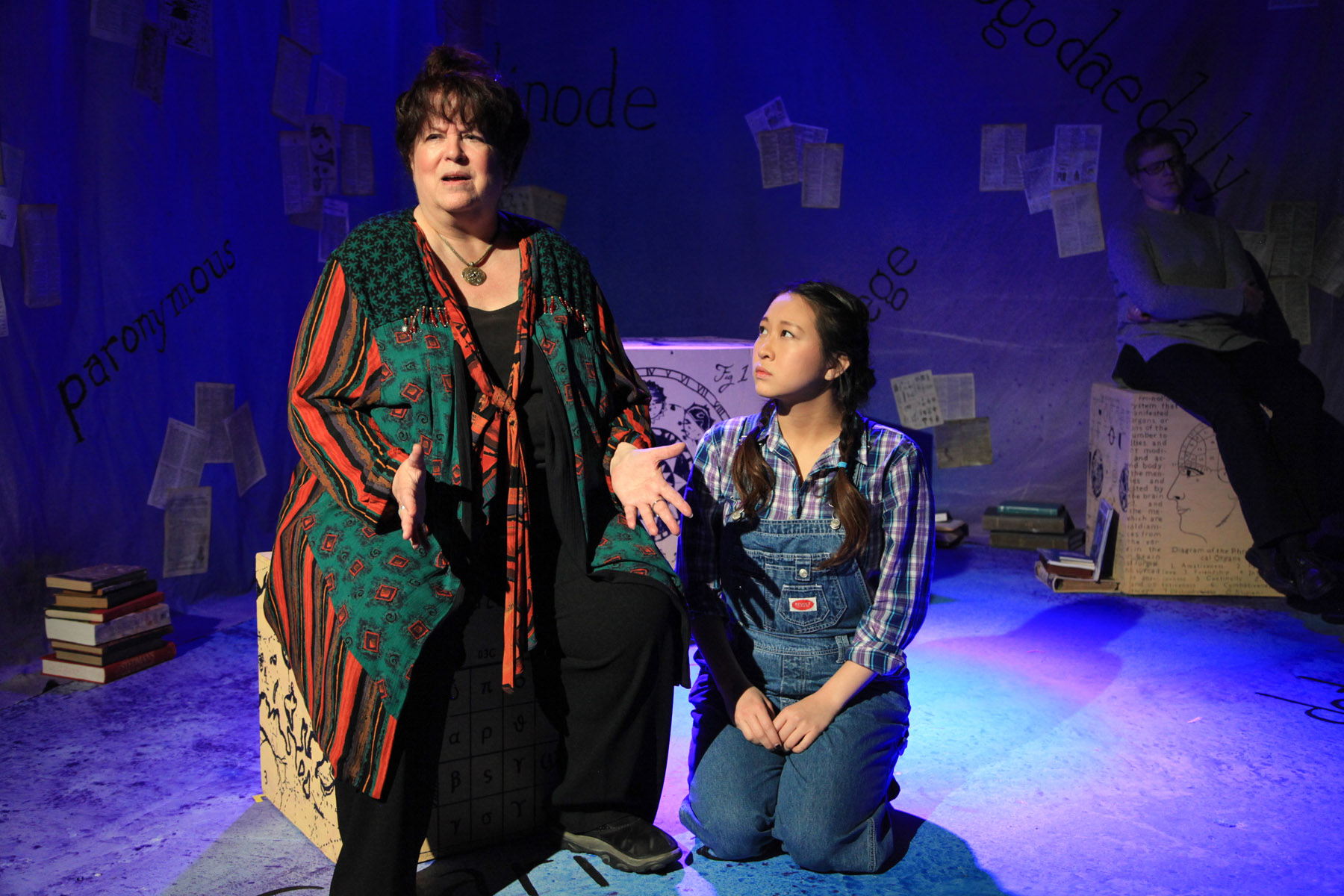 Life has never been easy for intelligent women. Relegated to a lifetime of frustration in subordination to men, the inspired have frequently had but two options: muse or eccentric. Is it any wonder that, consigned to an arranged marriage just weeks after her high school graduation, Dorothea Westbrook (Debra Rodkin), who had always hoped to go to college, decides to become an eccentric, an act as easy as “choosing to be a Lutheran,” her granddaughter Echo (Sarah Lo) explains.

Denied science, Dorothea chooses magic—astral projection, talking to spirits, experiments in flight unaided by anything more than paper wings she has sculpted herself (“there’s nothing a mind can’t bend,” she says later). Like Daedalus, she imposes her inventions on her child—her daughter, Artemis (Alexandra Bennett), whose perfect memory means she cannot forget a word of a book she’s read or any humiliation or danger her mother’s schemes have devised.

Lee Blessing’s “Eleemosynary” is a play that sweeps women out of the quilting bee and into the spelling bee, that gladiatorial sport for the linguistically inclined. If spelling bees call to mind nerds fixated on etymological conundrums that surpass the concerns of those desiring to order a burger and get on with life, it is that. And yet, “Eleemosynary” distills the exquisite allure that all philologists know: the color and texture of words, the mysteries and transformations hidden inside a lexicon that includes gun, blade and fuck but also esurient, logodaedaly and, of course, eleemosynary, Echo’s favorite word, meaning “of or pertaining to alms; charitable.”

“Never have a daughter. She won’t like you,” says Artie (as Artemis calls herself), who spends years fleeing her mother’s ambitions and studying biochemistry on the side. “The secret of flight is that we are worthy of flight,” says Dorothea, not hearing. And Echo says nothing, and everything, with love. On the tiny stage at The Frontier, three women tell their story with words that quiver and metamorphose themselves and us. It’s as delightful as it is true. (Irene Hsiao)