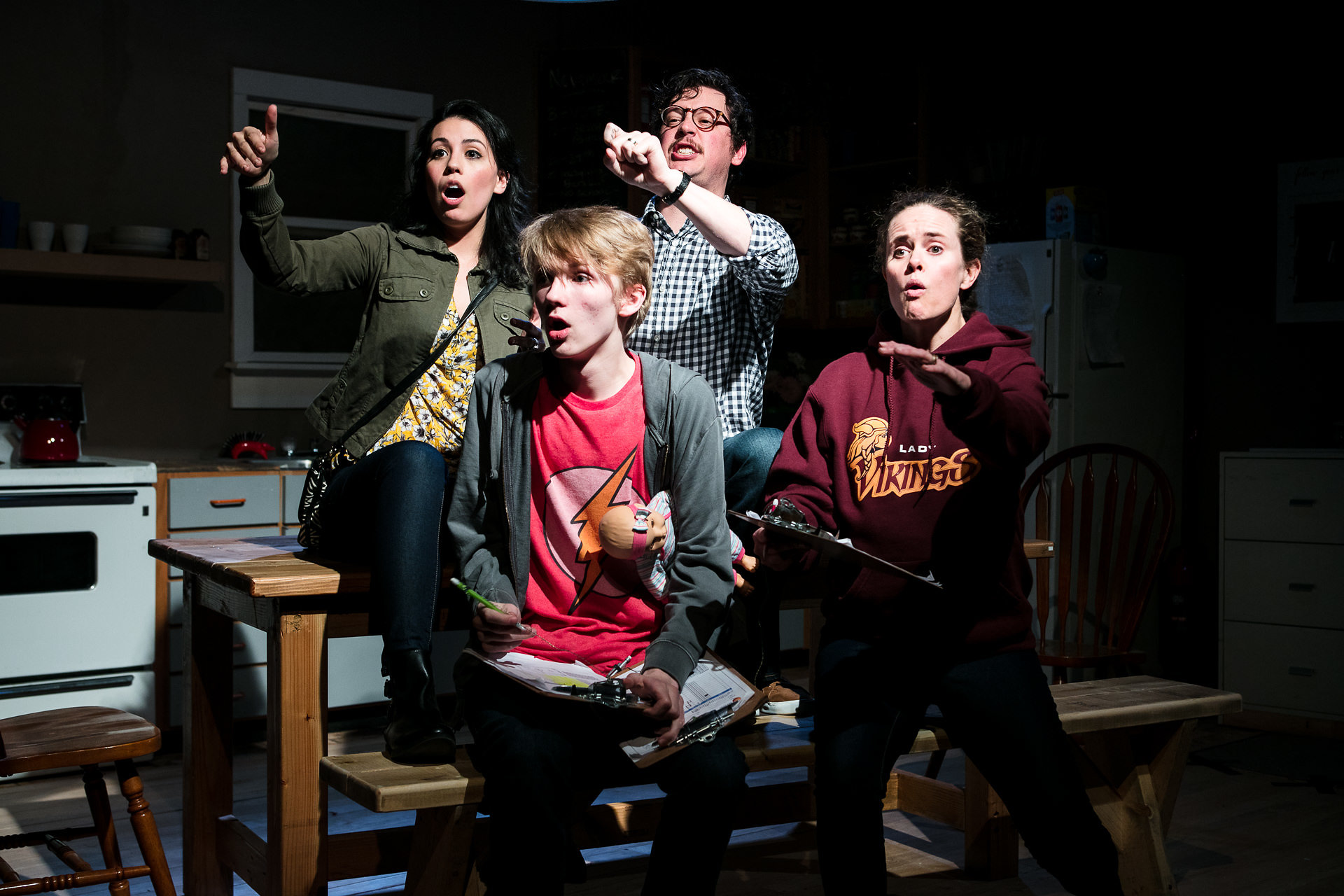 As a genre, horror is allegory at its most populist. From “Carrie” and “Repulsion” to “Teeth” and “The Following” it would seem that there is little more anxiety-provoking for the American subconscious than adolescent bodies, specifically female adolescent bodies. While the eighth-grade daughter of an affable Midwestern couple—and ultimate source of woe in Samantha Beach’s “The Snare”—who announces that she has been in correspondence with a figure of some familiarity to horror enthusiasts and good Christians alike isn’t as much on the precipice of sexuality identity as, say, her fifteen-year-old brother, she is nevertheless the embodiment of that gap between childhood and what follows, a period of time that, in its absence of dialog in broader culture, becomes so frequently defined by internalized shame, guilt and silence.

Which is what makes “The Snare,” ostensibly a feminist take on that ultimate patriarchy known as Christianity, such a curious document. Beach’s sympathies frequently block the potential for meaningful dialog between opposing parties: young and old, male and female, faithful and non-believer. “The Snare” is thoughtful and feels personal, hence perhaps the reason for a light approach to its subjects. Yet in an effort to not cut anyone or anything down, the play becomes lost in a fog of compassion that shrouds anything that might have been ugly and, by extension, of interest.

Ruth (Caroline Heffernan), the daughter in question, is going through a phase of seemingly bottomless putrescence that puts the patience of her well-meaning father, David (Joel Ewing), and perennially stressed mother, Abigail (Cyd Blakewell), to the test. While Beach’s observations on family dynamics—especially those between mothers and daughters—feels authentic, these characters lack a specificity that might have otherwise edged them away from their current state of palatability. They feel stitched together from archetypes drawn from vintage-television family dramas, each just one sincere apology away from absolute forgiveness.

The question of Ruth’s potential possession is never given the kind of weight it would need to justify its use as a framing device because the subject of religion itself is not treated seriously. Beach presents her characters with a “Look at these God-fearing Midwesterners, they’re just like us!” subtext that can feel patronizing in its exaggerated sensitivity. That Abigail’s crisis of faith has more to do with her congregation than with God further cements the play’s suburban theology: better to fit in than to assert one’s self. Even the singular voice of dissent and reason, the mantra spouting but secretly cynical babysitter (Paloma Nozicka), is eventually and disappointingly won over by the cushy draw of certain uncertainty.

The cast works well with what they have and are ultimately likable in their respective visages. This is a perfectly relatable world, albeit one where very little happens despite some heavy signposting of significance at the play’s conclusion. For the average theatergoer, whether you’re newly independent and reflecting on your adolescence or an overworked, under-rested parent looking for recognition, you will likely see yourself reflected. Yet what you won’t see is something that will keep you up at night. (Kevin Greene)