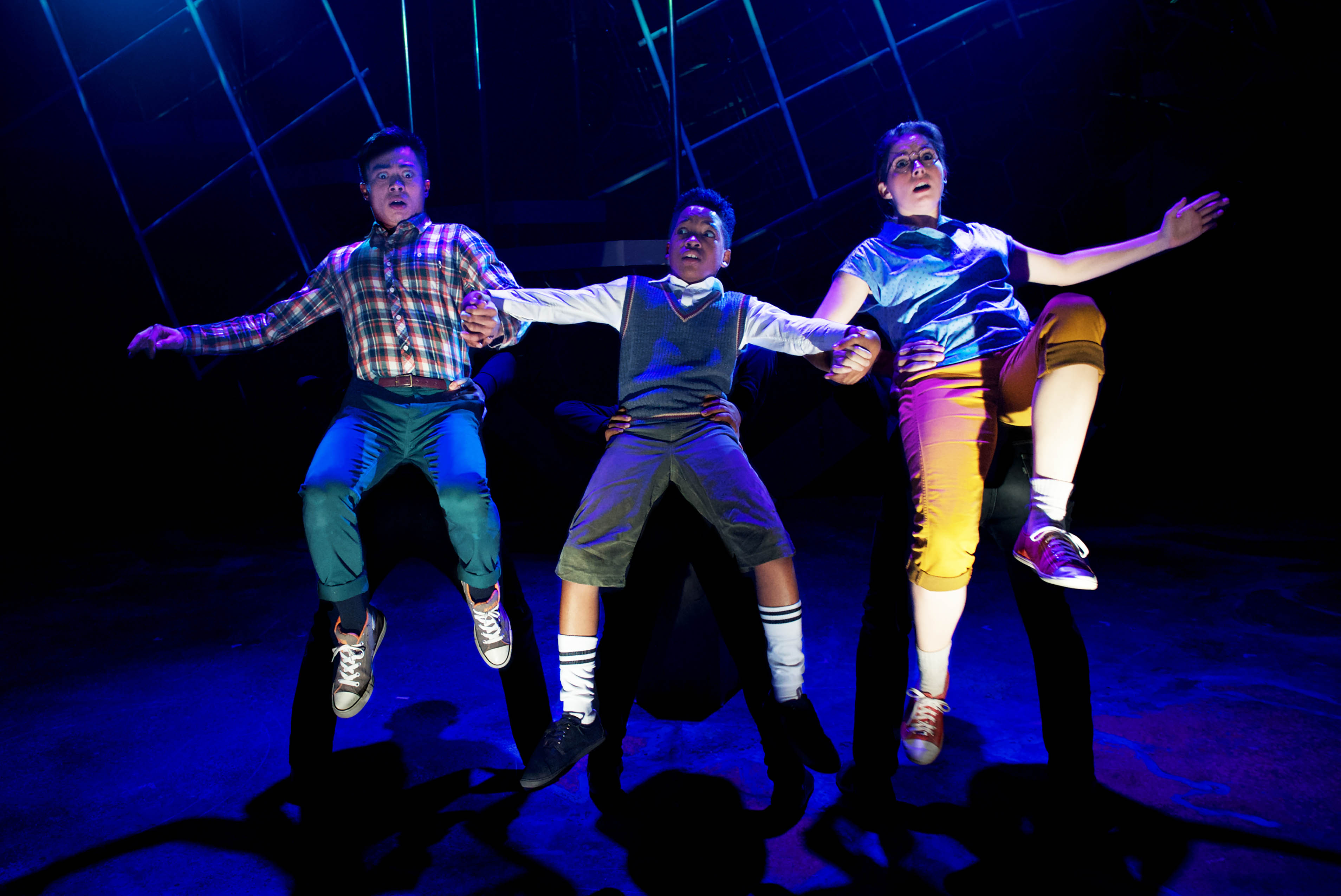 Lifeline loops back in time with this “Wrinkle,” which the company first mounted way back in 1999. It’s disturbingly clear why they’re reviving James Sie’s faithful, absorbing adaptation of Madeleine L’Engle’s 1963 Newbery Medal-winning science-fiction novel. Her classic tale of encroaching darkness and the need to take sides in the struggle against it could have been written yesterday.

“Wrinkle” blends the religion-tinged moralism of C.S. Lewis’ “Chronicles of Narnia” with Cold War anxieties about technology and social control. These are embodied in the CENTRAL Central Intelligence agency on Camazotz, a blandly evil, planet-scale Levittown where every child skips rope to the same beat. Pitted against the creepy conformity are the oddball young siblings Meg and Charles Wallace Murry and their outwardly more conventional friend, Calvin O’Keefe. Their goal is to rescue Meg and Charles Wallace’s father—a government physicist whose space-warping experiments have landed him in extraterrestrial prison—and to combat a nameless, shadowy enemy that threatens to blot out the stars, suck the love and joy out of existence and presumably make America great again.

Along the way, viewers of all ages meet the fussy but kindhearted Mrs. Whatsit, Mrs. Who and Mrs. Which, three updated Weird Sisters who support the heroes in their epic quest. We also learn about tesseracts, fifth-dimensional shortcuts that make traversing the galaxy as easy as crossing the street. Among the tale’s myriad mind-blowing places and creatures are some evergreen lessons, e.g., that one’s perceived flaws may be hidden strengths and that liberation is “a most exhilarating experience.”

As is this show, thanks to the taut, energized direction of Elise Kauzlaric; the sets of Alan Donahue and Andrew Hildner, whose scrims and projections turn the small stage into a panoply of exotic worlds; and the costumes of Izumi Inaba, which range from gray flannel suit uniformity to spectacular angelic and demonic manifestations. Not all the performances quite hit the mark (Jamie Cahill could profitably turn it down a notch or two as Meg) but overall this is a tight and well-balanced ensemble, which nails the novel’s tone of cosmic melodrama. Naïma Hebrail Kidjo shines darkly as the contemptuously superior spokes-alien for Camazotz’s deranged, torture-loving maximum leader. Good thing regimes like that exist only on other planets. (Hugh Iglarsh)