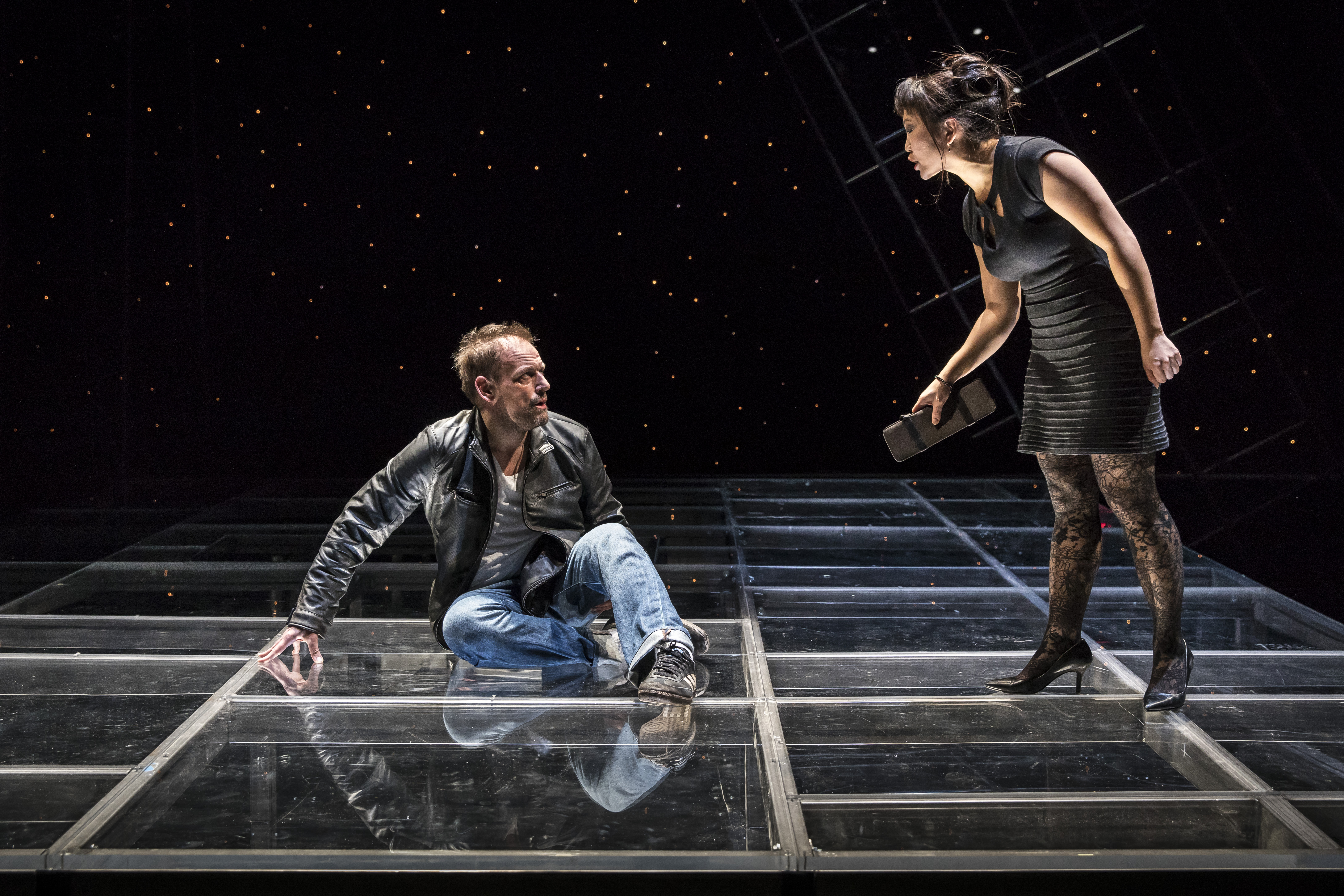 The program notes for Theresa Rebeck’s “The Scene” at Writers Theatre explore the idea of “enlightened feminism”: the notion that capitalism has twisted femininity into a revolving door in which women are encouraged to believe that they are liberated while simultaneously being manipulated into actively participating in their own subjugation.

In essence: “You have it all, so why not go shopping for some new bras?”

Yet neither of the women in Rebeck’s play fit neatly into this idea. They are on opposite coasts between which lie a landscape of gender identity. Clea (Deanna Myers) displays a startling and unflappable lack of interest in social norms. She will ironically insist on her own lack of judgment even as she labels another woman a “Nazi priestess” for participating with seriousness and professionalism in the folly of consumerism and celebrity culture.

That woman is Stella (Charin Alvarez), who, for her part, is portrayed as a variation on “the woman who has it all,” except, of course, for a mutually beneficial relationship with middle-aged, disenfranchised actor Charlie (Mark L. Montgomery). She is also, naturally, pined after by Charlie’s best friend Lewis (La Shawn Banks). If it all sounds a bit nineties sitcom-esque that’s because it is, albeit with a dark tinge.

Despite awarding the lion’s share of stage time—and the lens through which we view the play—to the men of “The Scene,” Rebeck’s intentions with the self-destructively pathetic Charlie and the chivalrously pathetic Lewis are pretty clear. Their tendencies to put women on pedestals and then resent them for it are straight out of the toxic masculinity playbook. Their emotional incompetence becomes redundant by the second act as the play spends a greater amount of time than necessary on Charlie’s downward spiral and Lewis’ crude attempts at asserting himself as a “good guy.”

What is far more painful than this vision of feckless masculinity is how Clea’s practiced vapidity is used against the very real struggles of modern feminism (“God forbid” is her reaction to being potentially labeled as a feminist). Her use of words like “triggering” and “reactive” in scenarios to which they do not really apply or, worse still, ought to be applied to the opposite subject, is damaging but also extra-narratively confusing. That Stella’s foremost need is for a manchild to support coupled with her inability to acknowledge how responsibility for a failed relationship is a group effort further blurs Rebeck’s intentions.

In this respect, it is difficult to pin down exactly where “The Scene” stands. Is it an embrace of a woman’s right to choose even if her choice is informed directly by patriarchal influences? Is it an emotionally distant, darkly comedic chiding about the grand impotence of men? Or perhaps a companion piece to the more insightful and emotionally astute “Gloria” in a theater season eager to solve the mysteries of millennials?

Art doesn’t necessarily need to serve as constructive social criticism but for a play resurrected after more than ten years under the auspices of contemporary relevance, some clarification regarding its objectives might have served to deepen its impact. (Kevin Greene)