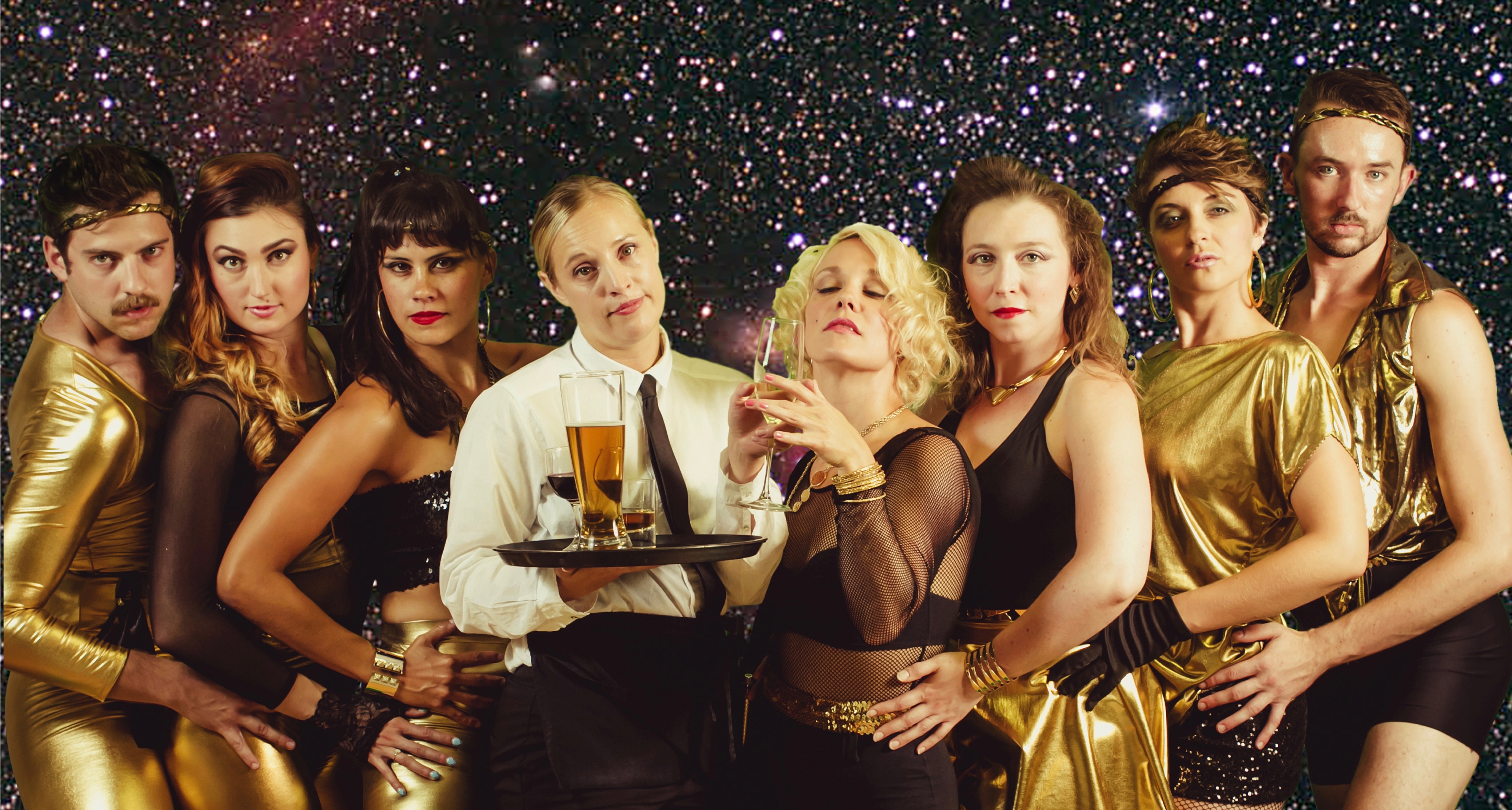 Every dancer knows the galling, near-eternal struggle with poverty that comes with the decision to pursue the art form, a poverty that defines a life of hardscrabble racing from rehearsal to rehearsal, often capped off with equally long, arduous nights on one’s feet serving tables. It’s punishing, thankless work that just as often as not leads nowhere. It’s a reality that, with a touch of humor, Kelly Anderson Dance Theatre company has embraced as a theme of their upcoming “Livin’ the Dream.” “I chose to create a company and it’s been an often exhausting choice. Without funding, I’m in this alone. I work multiple jobs and I’m still going for broke. Leading a company is not a sustainable lifestyle and it can be discouraging,” explains Anderson. “I asked myself, ‘What did I want to be when I was a child? Where am I now?’ Well, as a kid, I wanted to be a Solid Gold Dancer. Sadly, the show was cancelled in 1987. Where am I now? Well, regardless of my successes, I’m still waiting tables at thirty-eight and teaching art to smelly kids. There’s a nugget of humor in that.”

This performance comes out of a series of variety shows framed like skits that Anderson started crafting as early as 2001. She describes them as simultaneously “boozy” and “pop-culture inspired” and they have often served as fundraisers for the dance company that was inspired when she first moved to Chicago. “The Richard Simmons lip-synching Whitney Houston act finally made it out of a bar and into the theater,” Anderson quips and, for a few days this March, audiences will have a chance to laugh with her at the pain.