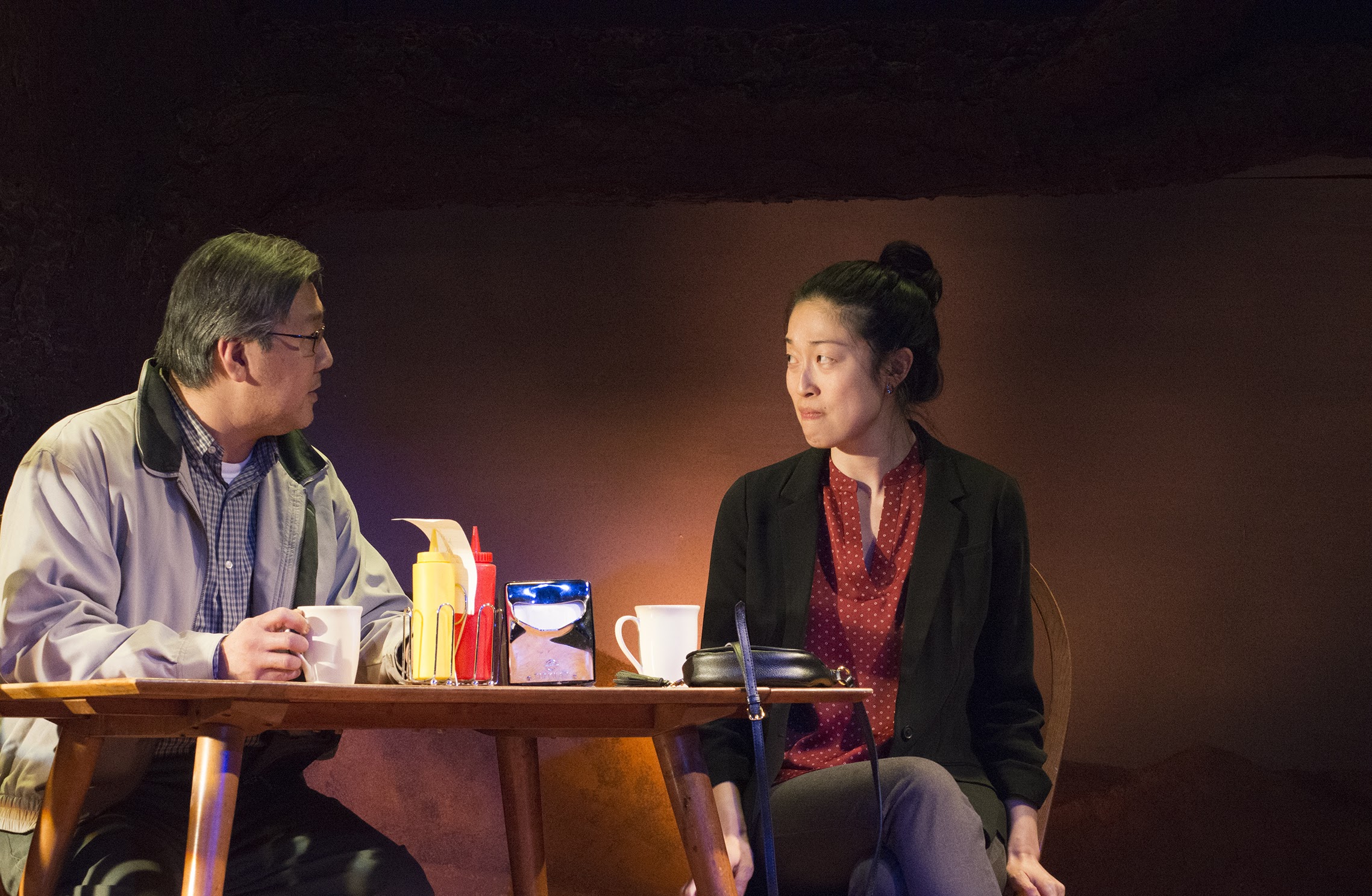 “I wrote a poem for you, Dad,” says his son Ralph, shifting his weight from side to side, twitching with nerves. He forgot the poem in his other trousers, though, and finishes his toast ad lib, lifting a Juicy Juice juice box instead of a glass because his anti-anxiety meds are contraindicated with alcohol.

It’s been a long time since Min Suk Chun (Joe Yau) came home. His wife, Mary (Cheryl Hamada), has paid off their house. His kids have grown up: elder son David (Gordon Chow) is a successful investment banker in New York, daughter Esther (Helen Joo Lee) is through two marriages and working on her fifth degree and Ralph (Jin Kim) has suffered a nervous breakdown and is living in his mother’s basement writing a rambling, allegorical sci-fi epic in iambic pentameter. In other words, all is not well with the Chuns in Lloyd Suh’s heartbreaking, darkly hilarious “American Hwangap,” directed by Helen Young.

Hwangap is a milestone, meant to celebrate the fullness of a life that has endured through a full zodiac cycle—twelve years in each of five elemental cycles. More than just a special birthday, it’s a celebration for a family, a community. But Min Suk gave up both when he left his family in Texas some decades ago, running back to Korea after losing his job as an engineer. In his absence, Mary has blossomed into a fearless, flamenco-dancing real estate agent, while the children have adapted, for better or for worse, to the pain of his abandonment.

“America wants to buy new, that’s it,” Min Suk complains, talking about broken stereos without recognizing the analogy. So he’s finally home for what David scathingly refers to as a “supplication congratulation situation,” aware he doesn’t deserve a hero’s welcome, yet unable to quite acknowledge his position as prodigal dad.

“American Hwangap” is funny because it’s true to both character and culture. Min Suk speaks the uncanny English of the immigrant, tossing off colloquialisms like “off the sauce” and “fuckwads” with his lapses in grammar, while Mary is the successful American struggling to reconcile with traditions from another place. How the children manage their losses also tells the story of any second-generation immigrant separated from a history and a culture they cannot quite recall. This is the truth of America. (Irene Hsiao)