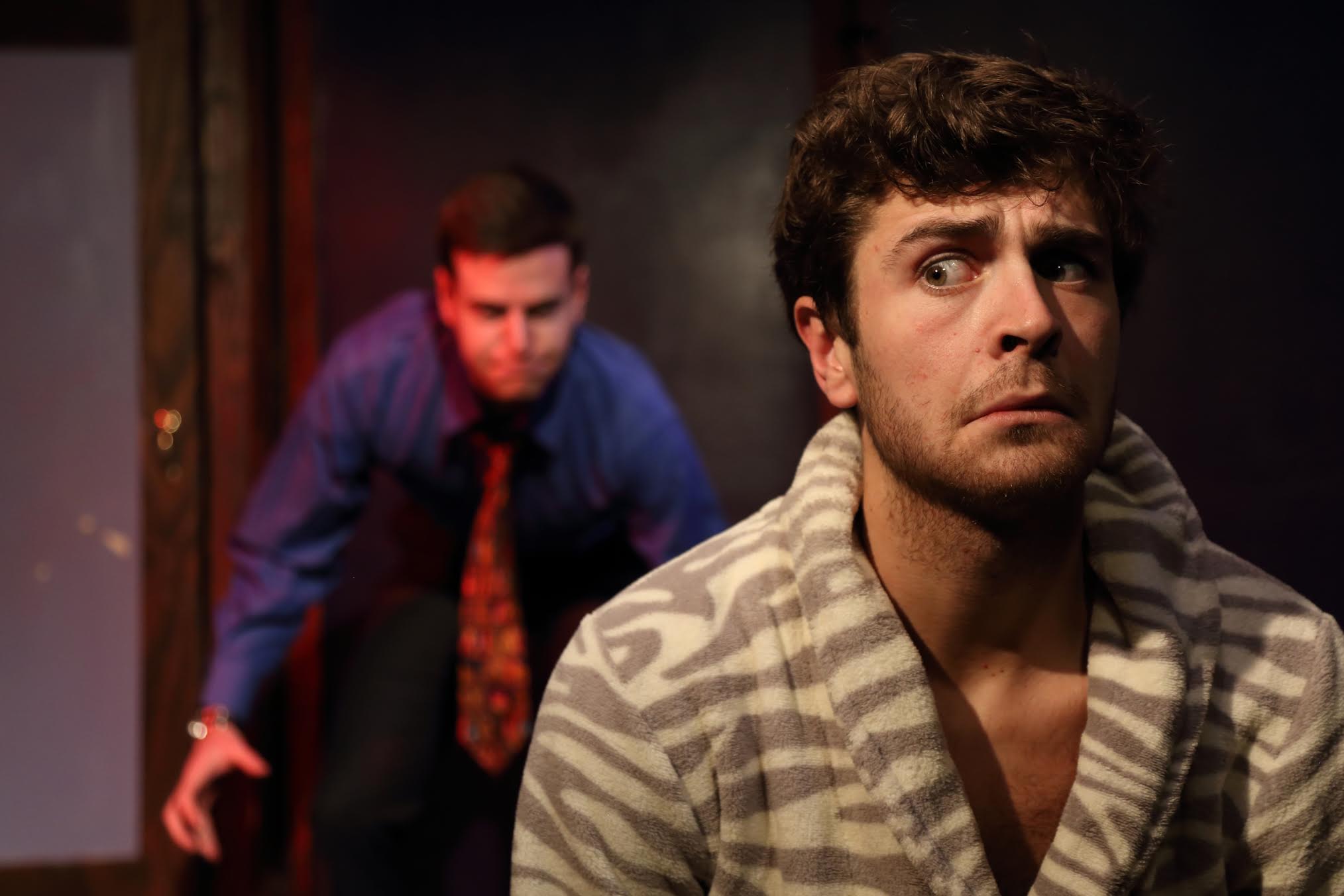 Eugene Ionesco, absurdist playwright and theater critic, wrote “Rhinoceros” in 1959 as a response to the rise of fascism that had been affecting the world over during the first half of the twentieth century. Here, the script is no less relevant but director Bryce Read’s storytelling could use some tidying up.

One morning after a night of binge and debauchery, alcoholic misanthrope Berenger (Alexander Baggett) finds that rhinoceroses are appearing all over town. They break some windows, they kill a cat: the sort of nuisance you would expect. Rather than figure out what to do, the townsfolk instead discuss the features of the rhinoceros: whether they are Asiatic or African in origin, whether there was one rhinoceros or two. In the meantime, more people begin to transform.

This is no spoiler since the play was first produced nearly sixty years ago. What works so well in Ionesco’s script is the off-the-cuff justifications that the townsfolk make based on hearsay and the local Logician’s syllogisms. The inaction seems to be wholly reasonable for a minute as everybody gets their bearings. Then it quickly slips off the deep end. While damages are done across town, nobody has the sense to take action.

Clearly, the analogue to liberal think pieces holds. However, the show, at two hours long, doesn’t. The cast is earnest; the problem lies in unpacking the script. Filled with linguistic detours and illogical logic, this is language that can fade into the background, becoming a layer of white noise, if there’s no work to move past the superficial.

Read and his cast understand what’s happening in the play on a level of plot and metaphor, but without having any of the intellectual meat (in addition to some stale staging), there’s a lot of plod and not a ton of laughs. The cast does work hard to keep a steady tempo but at the end of the night, without any big laughs, the play can’t descend into the oddball terror imagined by Ionesco. (Jay Van Ort)