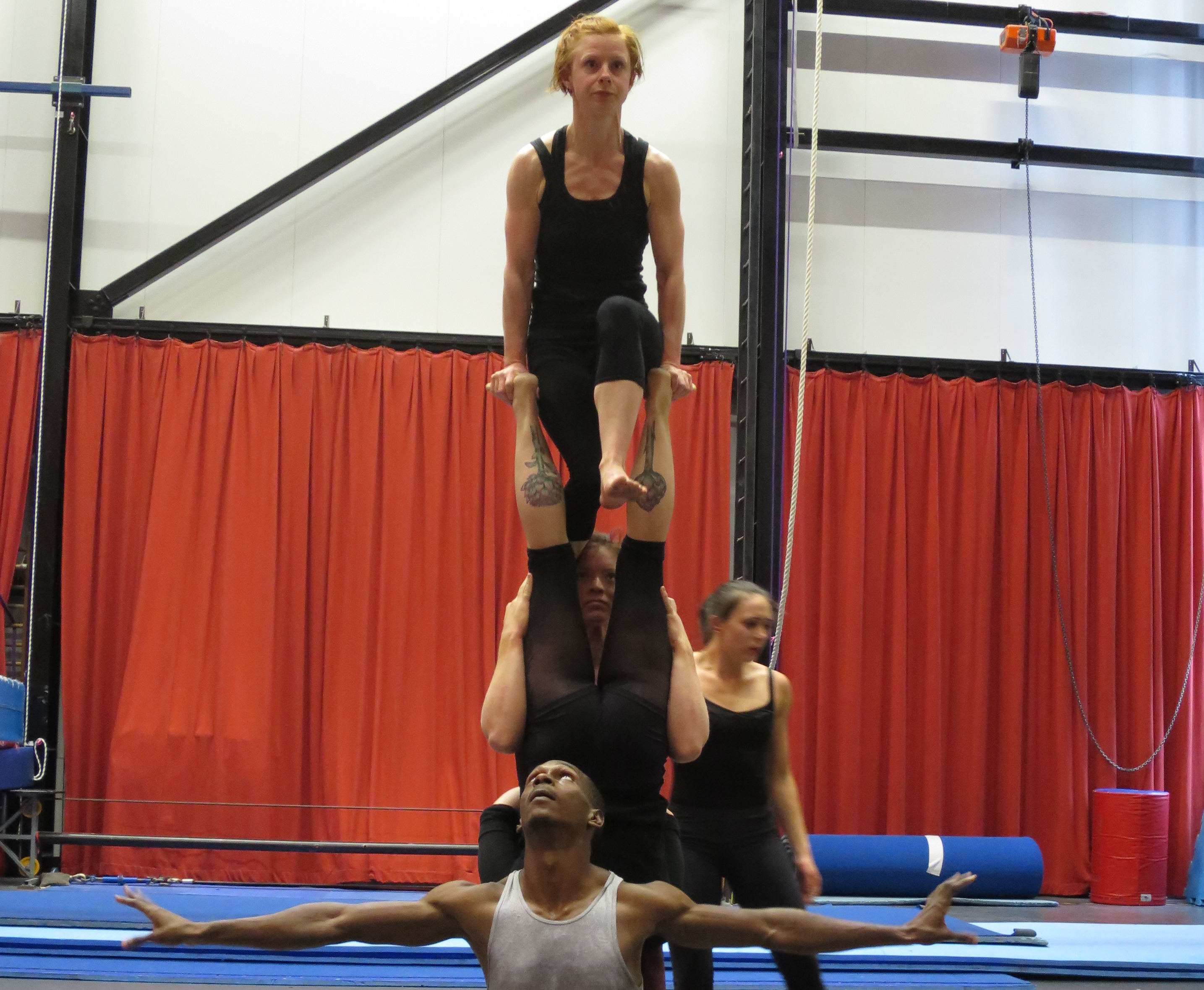 After a 2015 trip to Sydney, Australia to visit family, Winifred Haun was transported by a festival taking place right across from her hotel in Hyde Park. “I couldn’t believe what I was seeing. Australia is known for its outstanding circus artists. They are stretching and challenging the art form like no one else in the world. And what I saw at the Sydney Festival was circus being done with the intentions, heart and soul of modern dance, costumes and all. For me, what they were attempting was truly unique,” she recalls. “But, I felt they needed better choreography and a narrative arc, and that that’s where I thought I could be helpful.” Thus were the seeds of an idea planted and, with a little help from a MacArthur Foundation’s International Connections Fund, germinated into the potential for a crossover performance. But it’s when Haun connected physical theater performer Emma Serjeant that tinder met flame. “We both view the power of circus and movement in very similar ways. She arranged for our two companies to have a two week residency at Circus Oz of Melbourne, one of Australia’s most prestigious circus organizations,” enthuses Haun. “In September of 2016, I traveled with four dance artists from my company (Solomon Bowser, Zada Cheeks, Ariel Dorsey and Rebekah Kuczma) to Melbourne and we began our formal development of ‘Trashed.’” It will open with an evening also to include Haun’s “Don’t Linger Too Long,” and a work by Emma Serjeant, with performances by Solomon Bowser, Zada Cheeks, Ariel Dorsey, Michael Gee, Rebekah Kuczma, Katie McDonagh, Kaela Norwood and Catherine Wait. Shayna Swanson also served as a “circus consultant” on the development.

Haun’s story of the development of “Trashed” stands in almost diametric opposition to the themes and tropes of the performance itself, which looks to highlight the distractions and barriers built up by technology and the rigid, formalized interactions that disrupt or otherwise prevent true human connection from taking hold. In a sense, it could be read into as a turning point for a company actively looking to work in a meaningful way with circus artists through Haun’s vision of modern dance. “The first work I choreographed on aerial straps, ‘Promise,’ premiered in 2009,” she explains. “That dance started out as a duet for the straps and it was choreographed on Andrew Adams and Erika Gilfether, both circus artists. This will be the first time since then that actual circus artists will be performing in a work.” (Michael Workman)