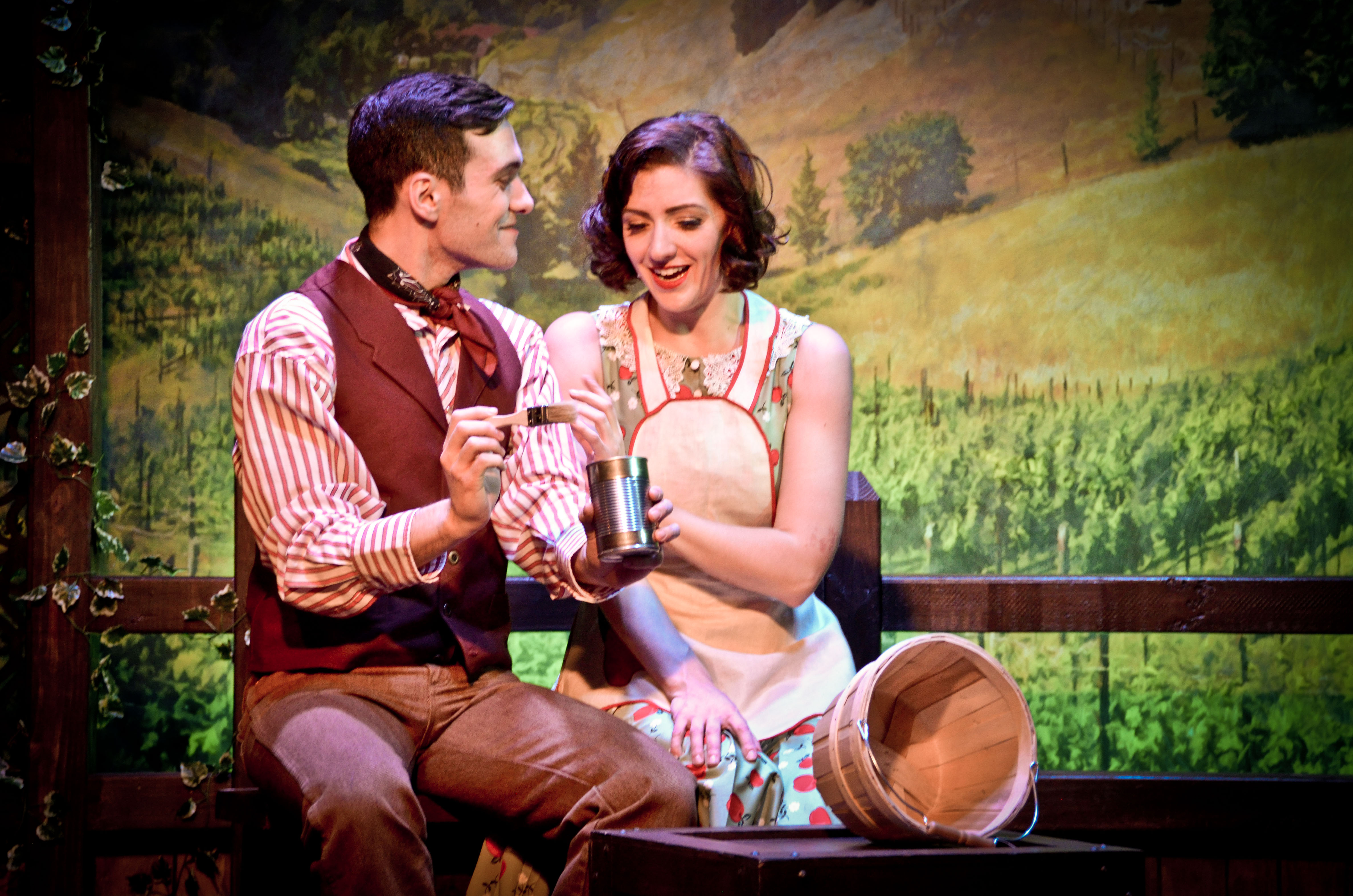 Sondheim insists that “Sweeney Todd” isn’t an opera. Frank Loesser insisted that “The Most Happy Fella” is a musical. Methinks they thought they’d make a lot more money producing musicals than operas and their adamant protestations are sufficient proof of their subterfuge. Loesser’s reworking of Sidney Howard’s “They Knew What They Wanted” strips the tale of its political and religious themes and focuses on the love story between an aging, socially marginal, lonely winegrower and a young, beautiful, lonely waitress. Bestowing lush melodies and harmonies on the unlikely mail-order romance, Loesser eschewed dialogue to the point that Sondheim must be jealously miffed.

The capital combination of director Fred Anzevino, musical director Jeremy Ramey and choreographer James Beaudry slims down the fulsome song-and-dance piece to perfectly suit No Exit’s intimate space. As always, Bill Morey gets the costumes just right. Sarah Simmons makes the desperately meddling sister Marie easy to hate, despite her pliant singing voice. The archetype second bananas of Herman and Cleo are played delightfully by Chicago newcomer Joe Giovannetti and Courtney Jones. Both of their bright, full voices carried easily over the orchestra.

Unfortunately this was not the case for all the principals. Ken Singleton is not currently possessed of the full lyric baritone required and seemed ill at ease in a role that requires a studly strut. His emotional transition from friendly farmhand to lustful lothario felt forced. It is difficult to understand this bit of casting when the triple-threat men’s chorus clearly sported singing actors more suited to the role.

As the love seekers, William Roberts (Tony) and Molly Hernandez (Rosabella) struggled with the score’s considerable vocal challenges. From my seat behind the orchestra, Hernandez’s budding young soprano frequently didn’t carry and Roberts’ bass baritone reached for high notes that failed to soar.

Loesser’s story succeeds on the believability of the growing emotional connection between Tony and Rosabella. On the night I saw it, it unhappily failed to spark. (Aaron Hunt)