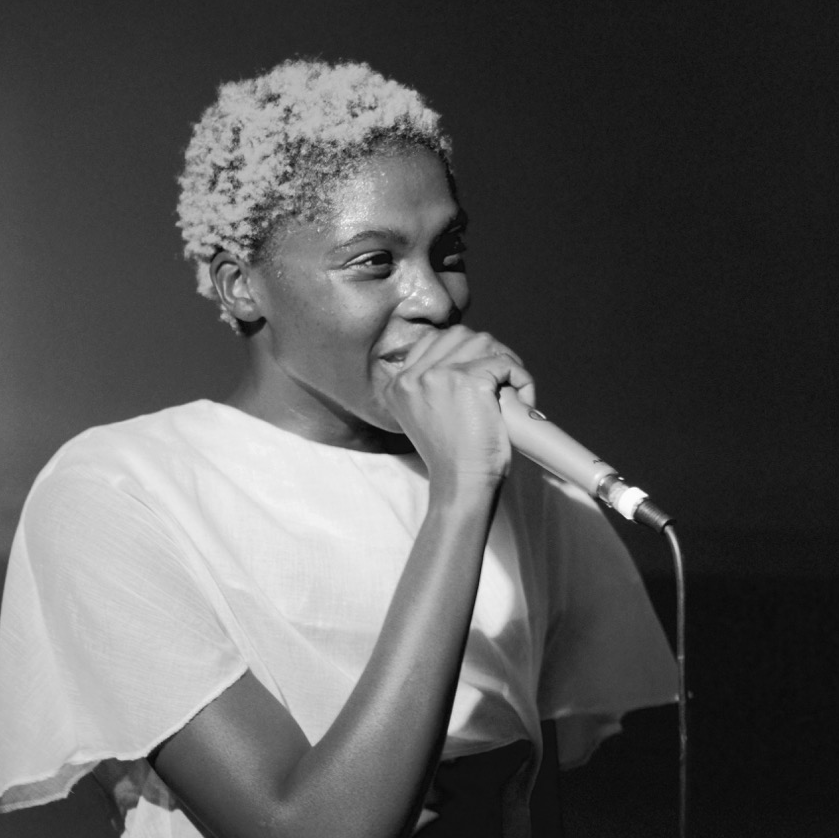 Premiered at Links Hall in 2015, “lil BLK” “is a solo performance inspired by my younger self’s desire to be seen and heard and the ways in which family, community and society at large attempted to make me small and tried to bring me down,” explains NIC Kay. “Mostly out of fear and wanting me to fit into the normative frame of things. But there is so much harm in this process of ‘care.’ This is what ‘lil BLK’ is about: the trying to break out of these oppressive boxes and paying homage to the journey.”

Through the performance, Kay attempts to reframe the raw material of experience as an array of radical visibility in a culture that shuns many of the categories Kay was attempting to come to grips with as a self-described “black queer weirdo.” Restaged a half dozen times and counting in Chicago and elsewhere, “lil BLK” is a reassertion of the agency of an artist who at one time would have been frozen out, but is now appearing as part of the DCASE-sponsored OnEdge series. “[DCASE curator] Shoshona Currier reached out to me in 2016 after seeing my work online and hearing about the showcase I did at Links [Hall],” explains Kay. “We met and the rest is history. The most exciting aspect of being a part of the OnEdge festival is that the program is completely free to the public, eliminating a huge barrier to getting many people in my community in the seats. This is super exciting!” Not only for the public but for Kay as well, who has been working more and more inside the margins than out: “Now I am getting substantial institutional support and this is career-defining, I have a voice.” And it’s one we should be listening to. (Michael Workman)

At Hamlin Park Fieldhouse, 3035 North Hoyne, (773)880-5402. March 16 & 17 at 7:30pm and March 18 at 2pm. Free, presented as a part of the fourth annual OnEdge program by the Department of Cultural Affairs and Special Events (DCASE). Performance takes place in the second floor theater of the building without an accessible elevator.