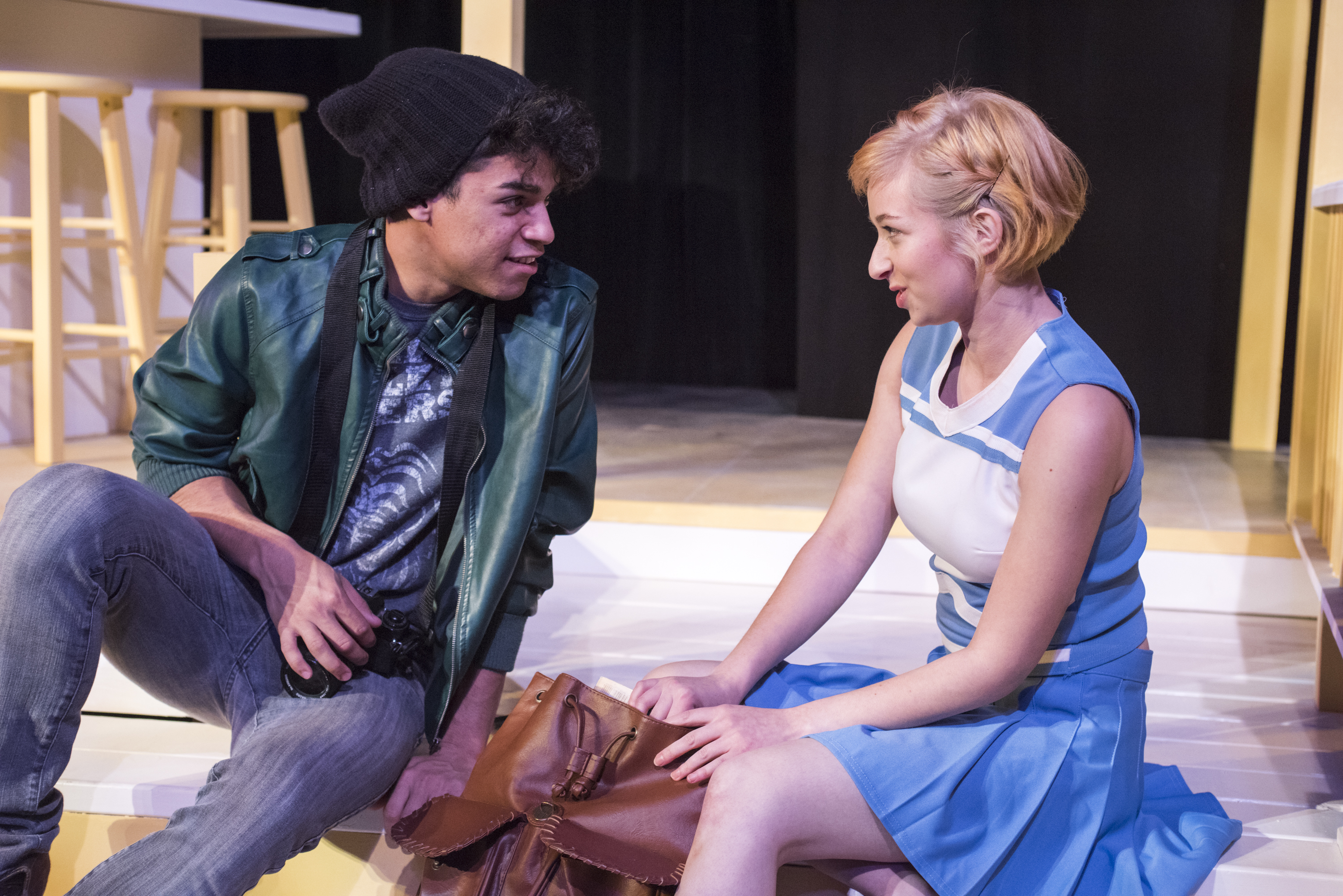 Raven Theatre’s world premiere of Sarah Sander’s “Sycamore” tells you nearly everything you need to know about it in the program’s title page under Time/Setting: Late September. Suburbs. Middle America. Following the minor vexations of a most atomically basic nuclear family, “Sycamore” marks yet another entry in the endless pathologizing of suburban whiteness in American theater.

Playing on Raven’s smaller West Stage, most of which is consumed by Jeffrey D. Kmiec’s cramped set, the action of “Sycamore” swings from soapy melodrama (“They don’t get me!” cries a teenaged boy at one point, irony nowhere in sight) to mundanity with little in the way of dramatic signposting. From the opening scene forward, stakes tend to go through the roof without context—though not without tedious exposition.

The need to explain is telling, since very little (and nothing of any real impact) happens in “Sycamore.” Sander’s characters are blandly relatable: a mother trying desperately to reach her daughter (Robyn Coffin), a father whose emotional radar has rusted over (Tom Hickey), their medicated, emotionally volatile son (Julian Larach) and self-obsessed, guilt-ridden daughter (Selina Fillinger). Throw into the mix a mysterious new neighbor (Johnathan Nieves) and his thrice-divorced mother (Jaslene Gonzalez), whose parenting style skews toward the laissez-faire, and you have a milieu straight out of primetime ABC Family.

Were that all that was wrong with “Sycamore” it would be easy enough to write this play off as a well-meaning, albeit failed, attempt at synthesizing the internal turmoil of adolescence with the very tangible responsibilities of adulthood. But into this whiteness, director Devon de Mayo has cast two characters of color: the aforementioned neighbor and his mother. While their ethnic identity is never referenced directly in the play, it makes the fetishization of the young neighbor as well as the characterization of his mother as an alcoholic gold digger troubling. Furthermore, that Fillinger’s character is seemingly unable to survive without the attention of just about any juvenile male (including her own brother) is all the more embarrassing in its caricature.

If “Sycamore” is to have legs beyond its run here, Sander needs to ask herself why this play matters. In its current state it is not only dramatically flat but, even more disappointingly, incurious, content to reinforce stigma and stereotype rather than investigate what lies beneath. (Kevin Greene)

I read all reviews before seeing SYCAMORE tonight and agree with you on some points. Play area is tight, and playwrighting style is equally cramped with often-heard lines and dramatic readings. However, the whiny, ‘White Priviledge’ play you describe in your notes (and header) is offensive and incorrect. It cheaply denounces the play’s author, its casting director, and talented cast. As an ensemble, all are onstage together to tell a story that rises above the racial scene you felt was inherent. And at time when auditors look to performers of any race to help share a story that they want… Read more »

Hi Dan! First off let me say that I appreciate your feedback. As per your observation about the review reflecting myself, I’d assert that reviews always reflect the reviewer in some way. Kind of impossible to get around that! However I don’t agree with your idea of rising above the “racial scene” because to me that sounds like a utopian, post-racial reality that does not exist. The story of “Sycamore” is viewed through a lens of whiteness and, by extension, privilege that the playwright, director and everyone involved (their respective talents notwithstanding) repeatedly drew attention to. There is legitimacy to… Read more »

I appreciate your response, Kevin. It inspired me to invite friends and family to the table to review and comment on our exchange. Most did not believe in the non-existent “utopian post-reality” you so eloquently describe either. One derived that humans’ first impressions of others are often based on race. Another intuited that personal reaction to any theatre piece, movie, or artistic work comes through a unique lens of world experiences. These are generally described, of course, but each conversation was valuable and I thank you for inspiring them. As a former performer, it holds that I prefer the utopian… Read more »