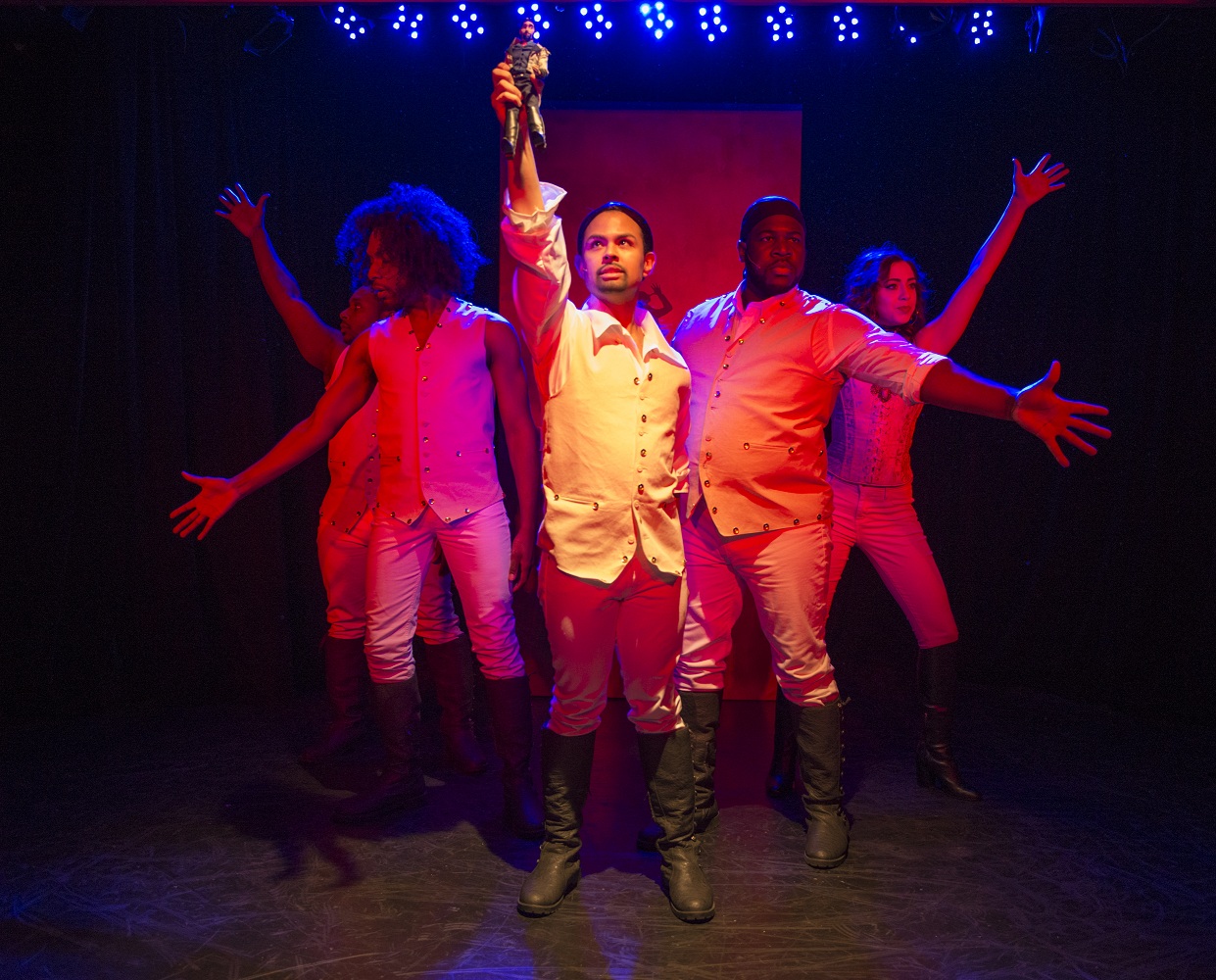 It makes sense that the biggest musical of all time (and by “all time” I mean until something else comes around) is being parodied by none other than “Forbidden Broadway” creator Gerard Alessandrini. Sure, it might be easy to update Hamilton’s opening number to the present time but not many can keep the jokes going for a solid eighty minutes. Enter Alessandrini, who has been doing parody since Lin-Manuel was in diapers.

The very loose plot here involves Lin-Manuel (Yando Lopez) on a mission to prevent Broadway from “going to rot!” (and yes, this is meant to rhyme with “my shot”). To do so he must not only write an award-winning musical (inspired here by someone asking him for change for a ten-dollar bill) but also visit a broad range of Broadway mainstays including “Phantom of the Opera,” “Book of Mormon” and “Wicked.” Along the way he is visited by Sondheim and a variety of divas (played well by Christine Pedi). Adding to the fun are the strong vocal talents of the cast members as well as the piano accompaniment (Adam LaSalle), which gives the production an intimate cabaret feel.

“Spamilton” is wittier and funnier than most comedies, let alone most parodies, due in part to Alessandrini’s depiction of Broadway in the most cynical of terms. Musical Broadway here is in definite need of saving. Case in point is his imagining of hideous musical mash ups like “Lion King and I.” Other trends poked fun at include theater’s recent tilt to heterosexuality (done to hilarious effect by Adam LaSalle’s falsetto musings to the tune “You’ll Be Back”). Alessandrini (who also serves as director) never takes his foot off the gas and the result is a lively, uptempo production that entertains as much as it amuses. While “Spamilton” is no substitute for its source material, it will more than do if you lack the cash flow for the real deal. (Noel Schecter)