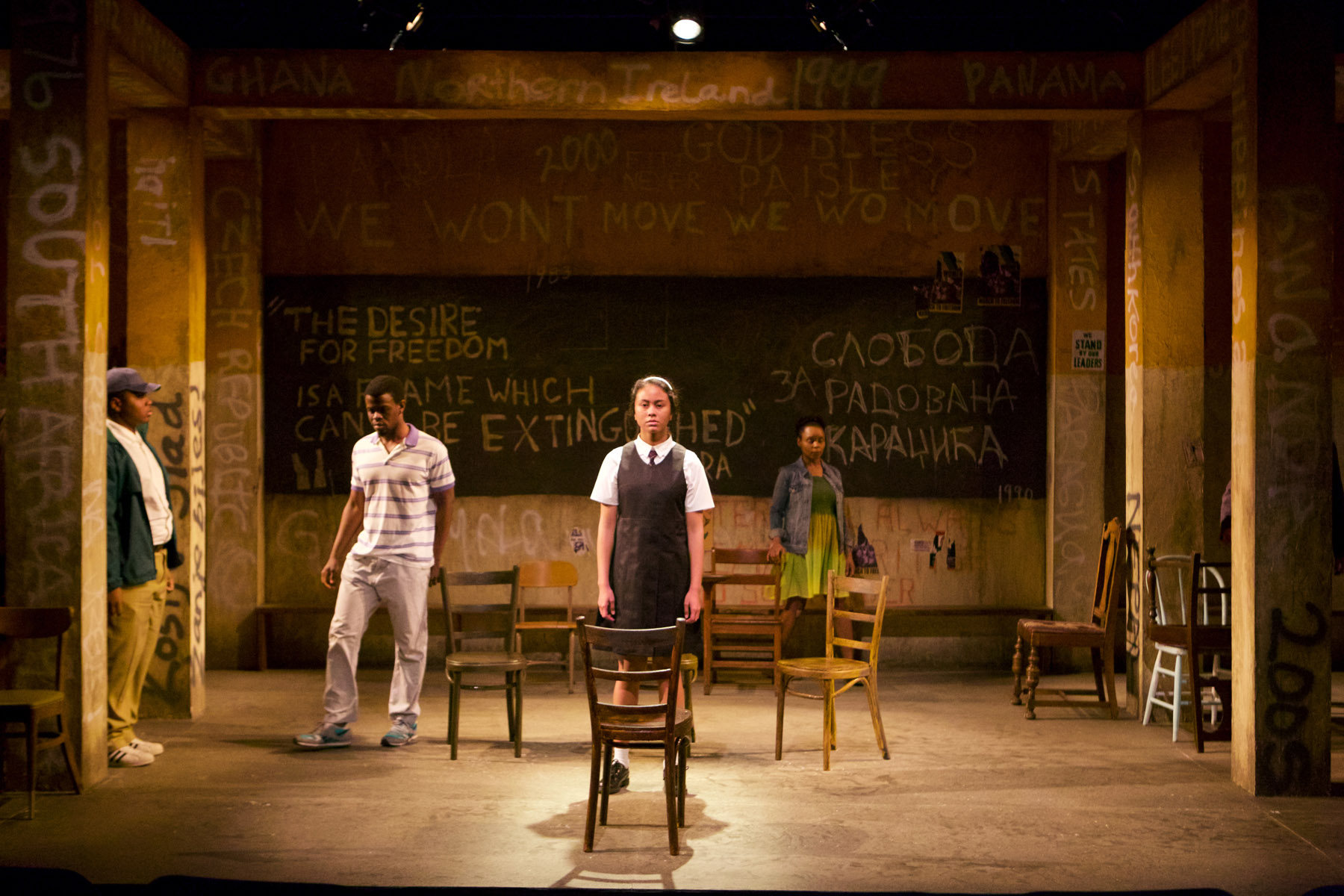 At sixty minutes and featuring twenty-two actors, Debbie Tucker Green’s “truth and reconciliation” is what you might call a big small work. Its US premiere indicates that Green’s drama, which more often alludes to truth rather than speak it out loud and does not offer much in the way of hope for reconciliation, is in more or less its final form and a curious one at that. Slow to begin and with little connective tissue, Green’s play (under the direction of Jonathan L. Green) requires a good deal of investment that may or may not pay off.

Hollywood adores war stories: good and bad drawn clearly with plenty of opportunity for noble sacrifice. Here the focus is on aftermath, in particular how human beings process trauma. Grief plays a significant part in the five interlocking scenes that span space and time from post-apartheid South Africa to Northern Ireland in the wake of the Troubles. These are the stories of those who survived and a few who did not. Their emotional weight is imparted psychically as the scenes themselves are intentionally repetitive before emerging into some kind of admission, which occasionally resembles catharsis. There is an underlying, simmering unease to each that requires mentally fleshing out circumstances that are drawn in the sparsest (though not the least bit insignificant) of details.

The quality of acting and dialects averages fine, if a little under-rehearsed even with Green’s minimal staging. Among the more memorable performances are turns from Ann James, Travis Delgado and newcomer Netta Walker, whose speech at the play’s conclusion—alternating between imploring and commanding—made me wish she was allotted more stage time.

Opening night got off to a delayed start due to a technical difficulty. Whether or not it was related to the musical cues, which carried over lengthily and distractingly into scenes, was not clear. Nevertheless their presence did not seem intentional. The dramatic underscoring lent these meditative and tense encounters an air of melodrama ill-suited to their nature.

Sideshow’s brand of inclusive, socially conscious and self-aware theater gives a good home to “truth and reconciliation,” a play not nearly as meta as “Heddatron,” “Antigonick” or “Give It All Back,” but nevertheless in possession of a kind of knowingness about its form. Yet it felt like a presentation of lovingly prepared appetizers meant to prepare the palate for a more satisfying dramatic main dish that, despite hints from the gracious hosts, never materialized. (Kevin Greene)