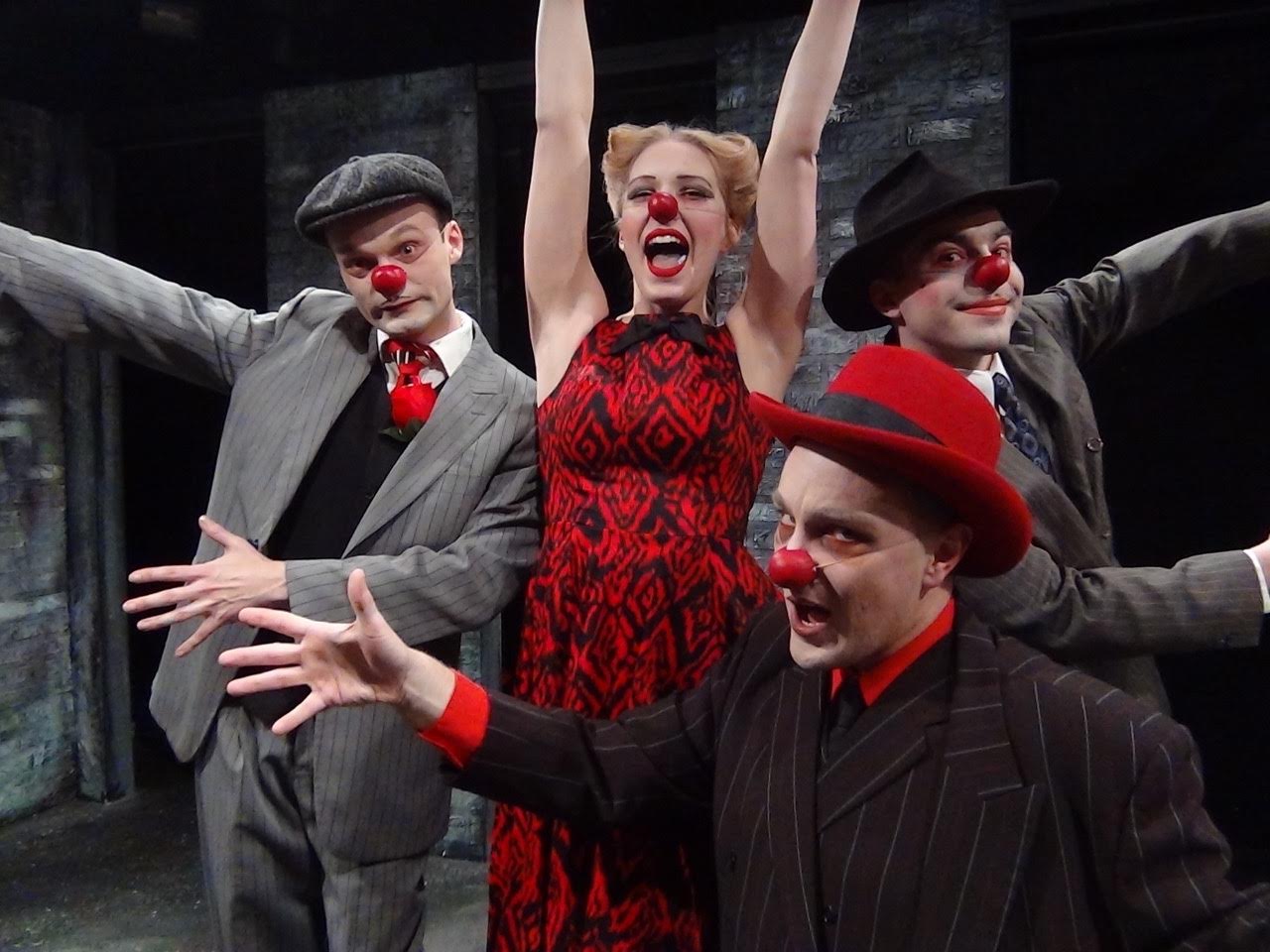 “The Resistible Rise of Arturo Ui” is not as funny as the red noses would have you think. Not the “ha-ha” sort of funny, anyway. Brecht’s 1941 Chicago mobster story of cauliflower rackets and murder was called a “parable play.” As the emcee (David Steiger) tells us from his box, Hitler came to power through small sins and oversights.

And when it begins, the crimes are indeed small, committed by the best and most mediocre of us. The only thing that precipitates Arturo Ui’s (Antonio Brunetti) rise to power is a minor financial scandal, which, instigated by a few cauliflower peddlers and accepted by an otherwise reputable business owner, shrouds itself in Chicago bureaucracy from the law and the day laborers. The political moves made are opaque even to the audience so when Ui arises from the muck, mire and bloodshed in a throne made of red noses and a crown of hats, you can’t kick the feeling you’ve been conned.

As usual with Trap Door, the cast is a tight ensemble. The story is the engine and they’re all here to tell it and engage us in it. Similarly, director Victor Quezada-Perez has a light touch here. In spite of the overt style filling the space, his work fades to the background, quietly pushing the story forward and allowing the clowns to do their job. Quezada-Perez’s power surfaces in the rituals, which reinforce the surreal terror of red nose clowns: they’re only a step removed from the rest of us.

This is where “Ui” really gets you. It indicts the audience in all of Ui’s killings, all the misdeeds and violence rest firmly on our shoulders. Yet, you will continue to spectate because your duty is to watch and observe, not participate. You will be shouted at in the beginning and have your hand shook at the end but in the middle you’ll sit patiently.

The show has some laughs but by and large this is a vicious tale, presented by clowns to guard us from the grim reality: this has happened before. It might be happening now. And it is all very resistible. (Jay Van Ort)