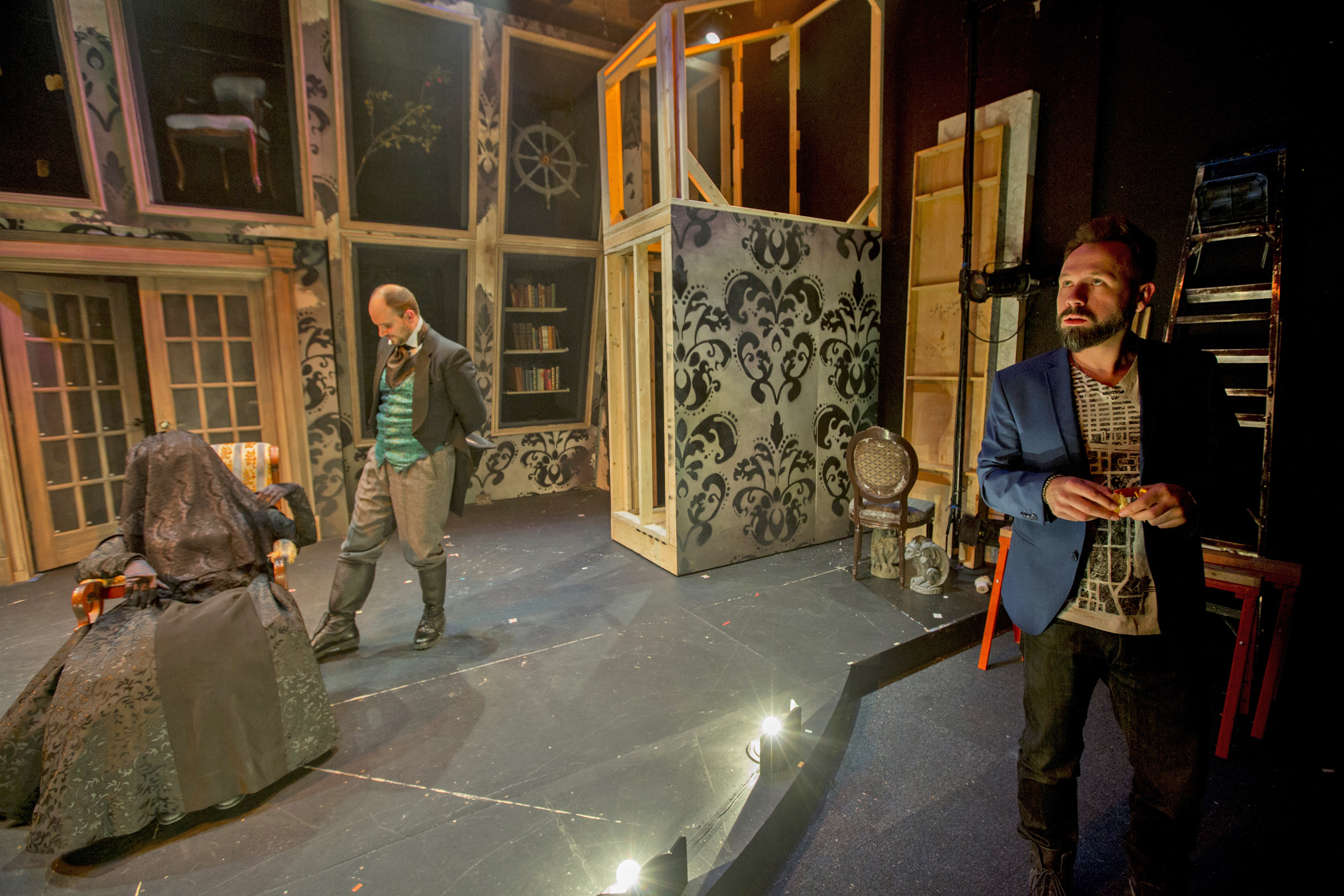 The title of Anne Washburn’s new play, currently receiving its very Chicago-y Chicago premiere at Theater Wit, refers to the number of working hours that Actors Equity Association allows for a company to rehearse during each of the seven days prior to an initial public performance.

In the parlance of theater artists this is simply known as “Tech.”

Anyone who’s had the privilege of enduring this experience (or their off-hours, non equity equivalents), especially with a Chicago-based company, will almost certainly find “10 Out of 12” an uncanny replication. Through the archetypal personalities (the equally self-loathing and egomaniacal director, the fussy yet literally unavailable playwright, the elder statesman whose indisputable professionalism and dedication to his craft makes him both an icon and an asshole) and the topics of their idle chatter (opportunities in LA, a potential budding romance, the makings of an ideal sandwich), Washburn proves a keen observer with an ear for humor. With its best bevy of in-jokes specially tailored to the locals (in addition to the remote inclusion of some well-known voices), “10 Out of 12” takes a meta-theatrical conceit and inflates into a sprawling two-and-a-half hour production that is somehow both overwrought and underdeveloped.

The “story” of the play is the process and it is a dull one, if at least in part intentionally. As a passive participant, the steady waves of boredom that wash over you are likely intended as re-creation of the boredom felt by those actually involved in a tech rehearsal: waiting backstage while lights are tweaked or a costume altered. And yet, without the option to whip out a phone or chat with the person next to you, the production obliges the audience to play by the rules of conventional theater even while it, at nearly every juncture, breaks them with relish. In its obsession with pushing its concept, “10 Out of 12” neglects character and plot at the detriment of experience for anyone who might’ve needed convincing that the story on stage was one worth telling.

From staging (actors move freely up and down the aisles; entire scenes play out behind the audience) to technical doodadery (the audience wears a headset that allows access to the “secret” world of the Electrics), this production, directed by Jeremy Wechsler, is nothing if not innovative. And yet for all its dazzling resources and the applaudable abilities of those involved, the play creates a world but forgets to fill it in. As both eulogy for and gentle chiding of, “10 Out Of 12” makes the Chicago brand of storefront theater look unappealingly self-involved. (Kevin Greene)