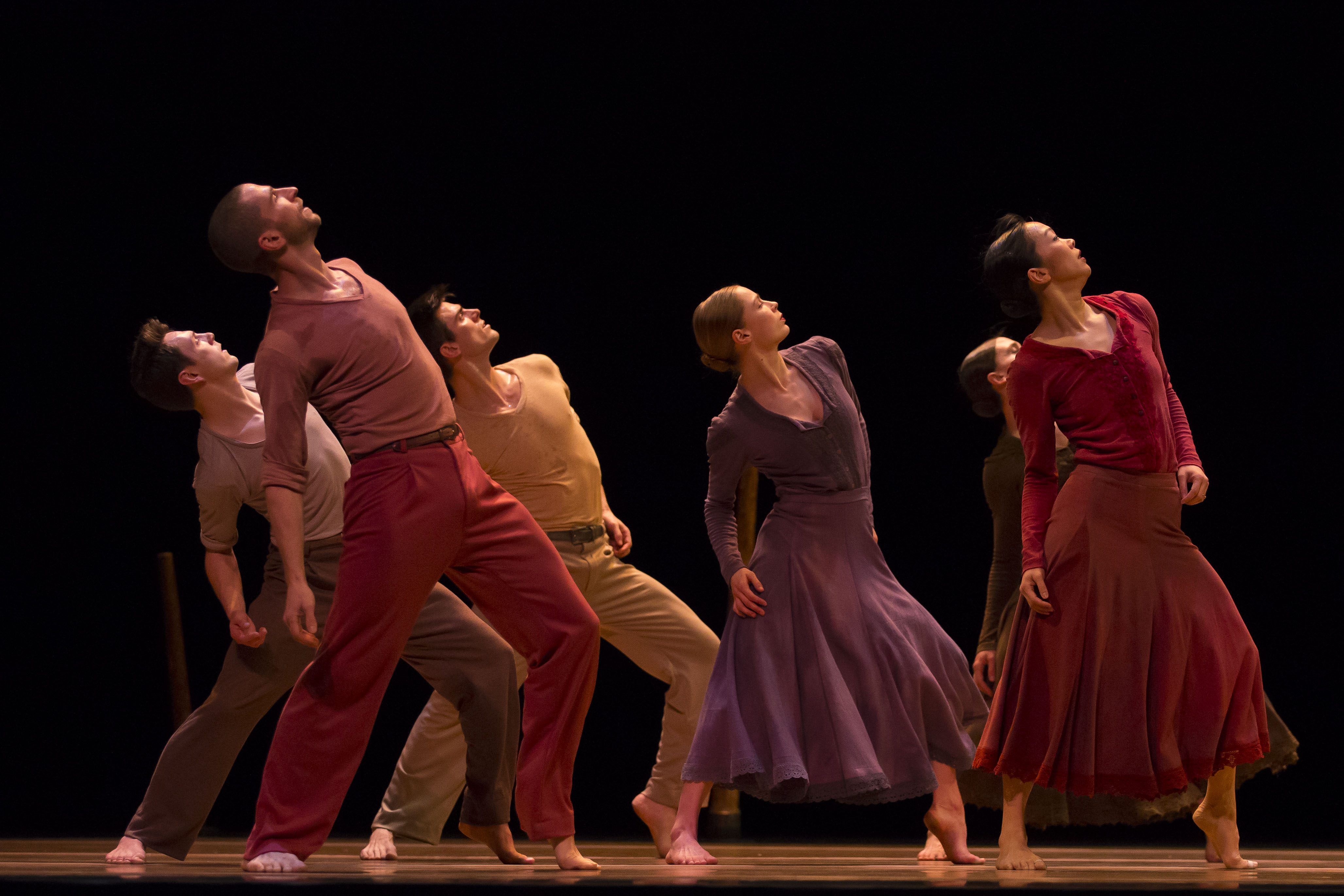 One week before the vernal equinox, Hubbard Street Dance performed a Spring Series at the Harris Theater of refreshing balance and symmetry. The program centered, literally, around two pieces by the brilliant Spanish-born choreographer Nacho Duato, bracketed by a reprise of Hubbard Street rehearsal director Lucas Crandall’s “Imprint” and Crystal Pite’s “Solo Echo.” The pacing and progression of these pieces, the complementary shifts of mood, along with the consistent excellence of execution of the Hubbard Street dancers added up to one of the most quietly successful mixed-rep programs in some time. Which really is saying something.

The first half of the show was characterized by wit, style and whimsy. Crandall’s “Imprint” brought the curtain up on a slick and sexy Matrix-esque scene: the full company striding across the stage in ankle-to-forehead black unitards and black boots—the women atop commanding four-inch heels. The only body parts visible were hair and hands and, on the men, arms. That is until the second section duet, in which two dancers—Emilie Leriche and Jesse Bechard opening night—reappear stripped down to nude-colored underwear to perform a duet to Bach that was an exploration of softness and fluidity. Leriche was particularly mesmerizing, each cell of her body participating in movements typically only observable in ocean waves and storm patterns. The closing section brought the full company back to move across the stage again, but this time reminiscent of flocking birds or herding antelope instead of strutting city dwellers, and accompanied on drum kit by company member David Schultz, who is not only a Princess Grace Award-winning dancer, but gifted musician as well.

Next came a gem from Duato: a duet (excerpted from his full-length ode to Bach) entitled “Violoncello,” a humorous and graceful riff on the age-old comparison of the cello and the female body, featuring some rather tongue-in-cheek costuming. The cellist—seated through the entire piece—bowed his living instrument, who moved almost every conceivable position to “Suite No. 1 in G major.” Silly, critical and elegant all at once.

The mood then shifted to poetry, with Duato’s “Jardi Tancat,” a piece for six couples dressed in earthy colors, the women in long, flowing skirts, whose movements evoked sowing and reaping of the earth. Sweeping and lyrical, inspired by the gorgeous songs of Maria del Mar Bonet, “Tancat” contained some of the subtlest standout moments of the program.

Pite’s “Solo Echo” closed the show, bringing the evening full circle with a group of dancers once again in all black. Pite was inspired by Mark Strand’s poem “Lines for Winter,” and a sparkling snowfall provides the backdrop for a refection on the many selves within each individual and, ultimately, a tender meditation on death. The closing lines of the poem read, “tell yourself/in that flowing of cold through your limbs/that you love what you are.” (Sharon Hoyer)