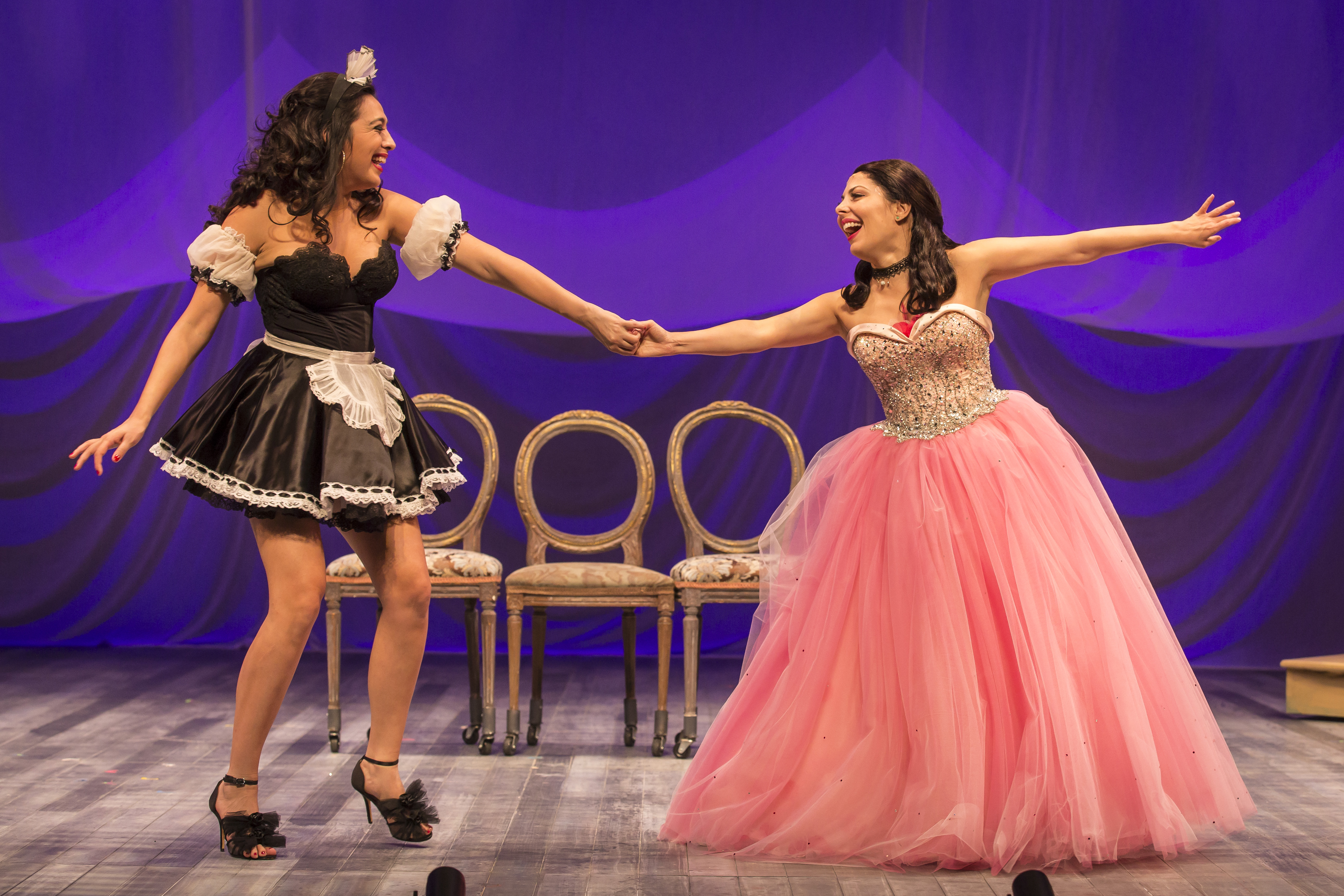 “Destiny of Desire,” Karen Zacarías’ whirlwind comedy and loving parody of telenovelas,  punctuates its onslaught of visual and verbal gags with sobering statistics that both contextualize and contrast the play’s over-the-top tone. Toward the end of the show, an actor steps forward to announce that it is estimated that telenovelas are viewed by two-billion people worldwide, making them one of, if not the most, widely consumed art form.

This may come as a surprise to the predominantly white American audience that Zacarías is aiming these informational interludes at. Given their soapy melodramatics, telenovelas frequently get a short shrift, even compared to their American equivalents. And yet by cutting directly from (for instance) a hammy stage death by rifle fire to a quiet reflection on the number of accidental shootings committed by minors in the United States, Zacarías defends her medium (and by extension the culture that birthed it) even as she gracefully teases its tendencies toward the ludicrous.

Under José Luis Valenzuela’s direction, “Destiny of Desire” is thrillingly paced, consistently hitting its narrative and comedic marks with ease. Each member of the ensemble is a master of timing from Ella Saldana North’s bubbly naivety and Ruth Livier’s Cruella de Vil-ian vanities to Mauricio Mendoza’s nimble acrobatics and Eduardo Enrikez’s syllabic inventions. They are dressed exquisitely (particularly the men) in Julie Weiss’ eye-popping costumes and move with lascivious grace through the show’s numerous song-and-dance numbers (per Rosino Serrano and Robert Barry Fleming, respectively).

The plot contains so many head-spinning twists that to recount them here would not only be a waste of time but a disservice to the internal logic of the show. Zacarías and the Goodman have given Chicago audiences what will surely be one of the year’s best comedies. “Destiny of Desire” is born from Latinx pop culture and does not so much cater to its intended audience as it illuminates the overwhelming dearth of non-white stories in both comedy and drama alike.

“We are here to change the social order,” the cast announces in unison at the beginning of the show. “Deal with it!” As a manifesto it seems like a prelude to the cheeky action to follow but upon closer inspection it speaks to the deeper aims of this production, namely: visibility. A deliriously enjoyable, addictively pleasurable show that acknowledges the dominant lens of Western culture by turning it back on itself, “Destiny of Desire” is an act of subversive trickery deserving of its subject. (Kevin Greene)