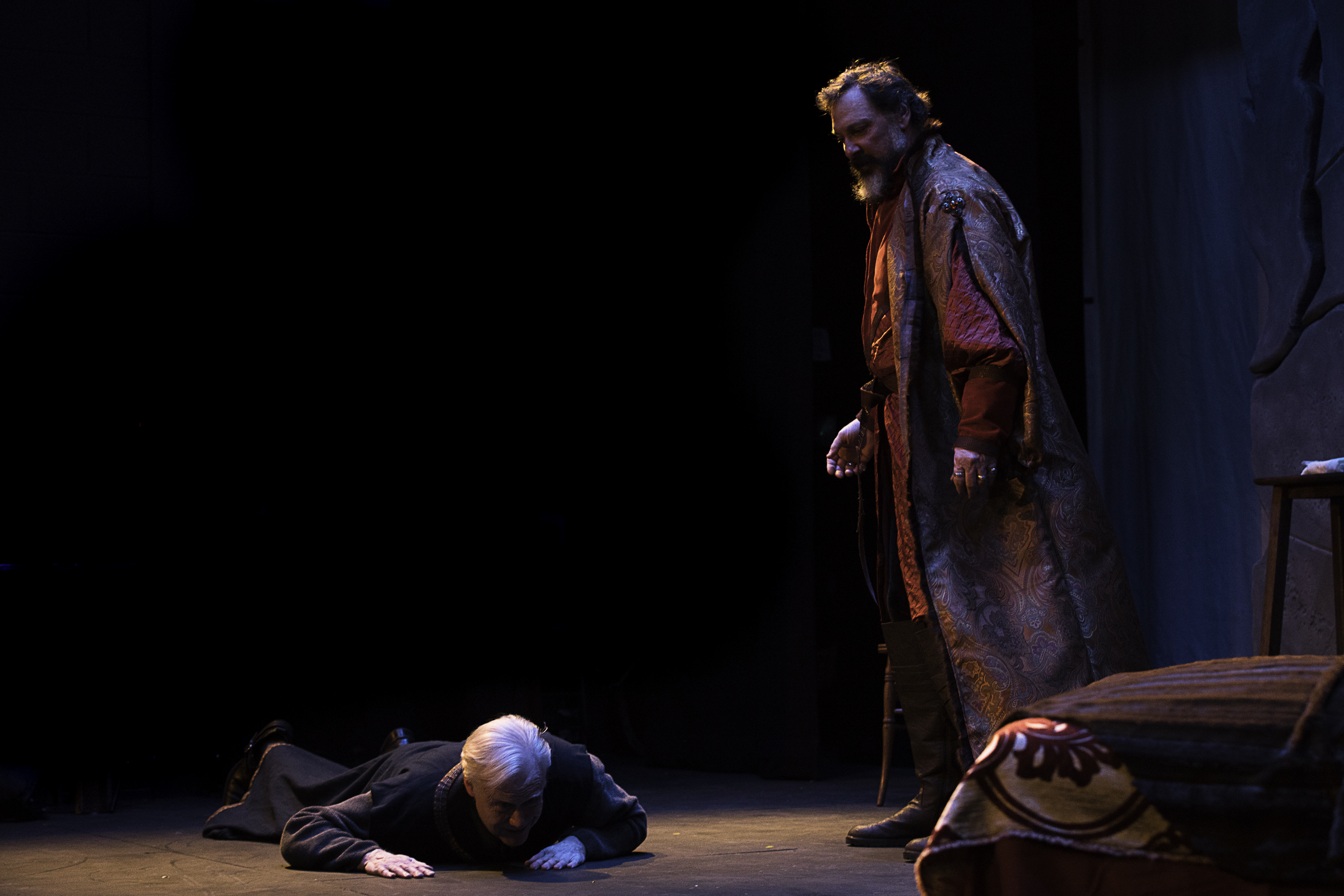 It’s set during a lull in the Hundred Years’ War, a bloody and pointless affair not without parallel to our own continuing adventures in the Middle East. The French king has just signed a treaty allowing him to keep the throne while leaving much of his realm in English hands. But as the court celebrates on this (yes) dark and stormy night in Nottingham Castle, a conspiracy to assassinate Edward is brewing downstairs, driven by old and not particularly convincing grievances.

Beneath the medieval trappings, this is a classic problem play, with mysteries planted during the exposition-heavy first act and resolved neatly after intermission. What’s lacking is a satisfying character arc for any of the major figures: Miriam, the Jewish serving maid (a puzzle, considering that the Jews were expelled from England seventy years earlier); Henri Pascal, the king’s French steward; and Edward himself, in all his war-loving, servant-bedding glory.

Ann Marie Lewis and Leslie Hull are solid as Miriam’s fellow castle staff. As the king, Dave Skvarla skillfully depicts an alpha-male type who is aggressive enough to get what he wants but too restless to enjoy what he has. Lydia Hiller, an appealing actress, here plays the one-note role of Miriam in a one-dimensional manner. The actors are not helped by director Evan Jackson’s failure to incorporate basic stagecraft, such as making a slapping sound when someone is struck.

There’s a fuzziness of purpose here. The show isn’t a history lesson, as the program includes no contextual commentary. Nor is it a moral fable, as nobody seems to learn anything, not even that killing for peace may not be the best idea. At a moment when we most need theater to speak truth to power, “The Scullery Maid” appears to endorse the message that power is truth and war is simply human nature and destiny. But if resistance to injustice is futile and hope is illusory, what’s the point of artistic endeavor? In this play, we see the creative imagination turn against itself, to dispiriting effect. (Hugh Iglarsh)