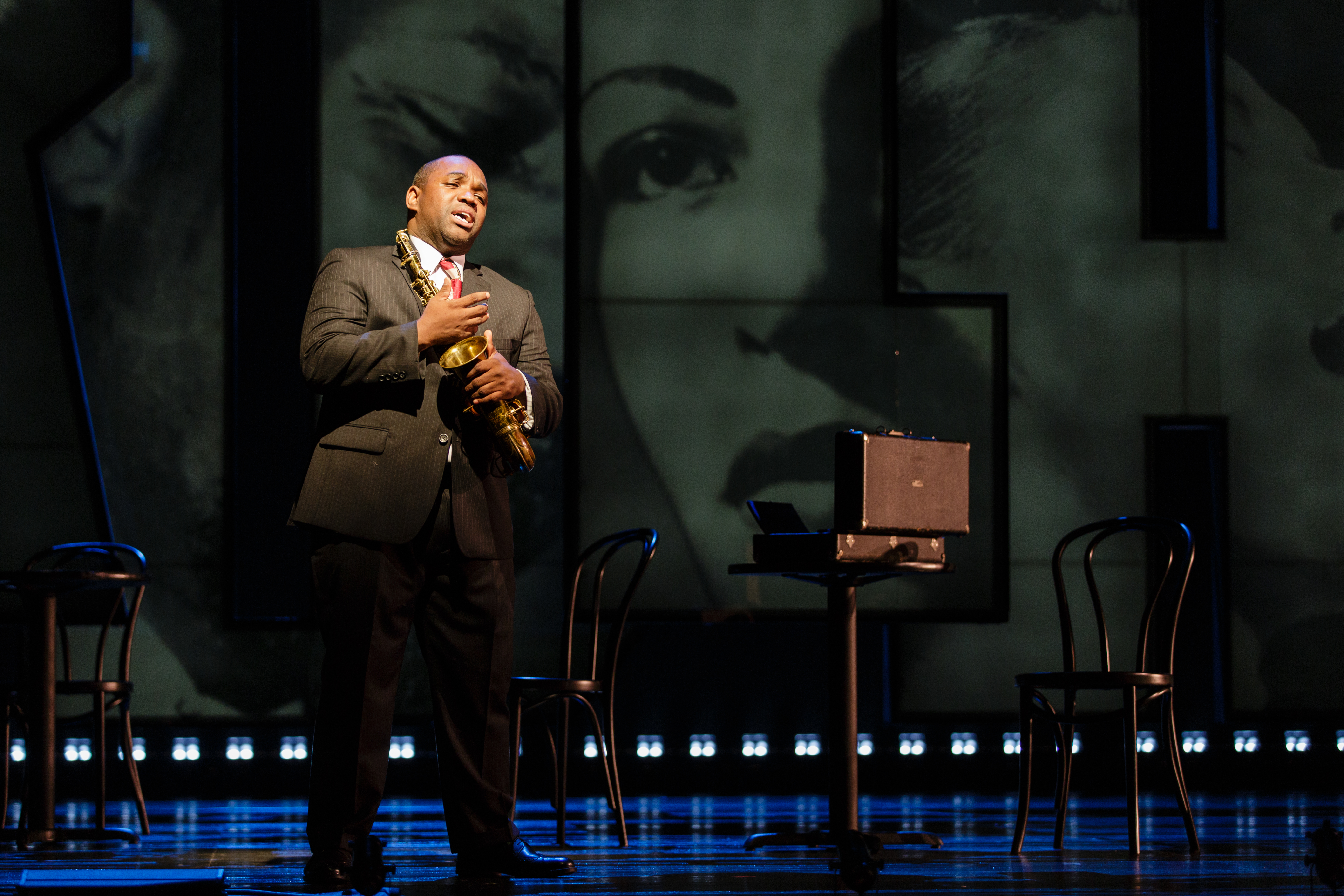 Jazz great Charlie Parker lived the operatic sort of life that stops a mother’s heart cold while creating some of his musical language’s greatest flourishes. Parker’s education at the hands of the musical pioneers who had taken up residence in St. Louis, Missouri in the early twentieth century sparked his single love affair that never went awry, as he tumbled from wife to lover and back again and from alcohol to heroin, an early grave claiming him at thirty-four. Parker’s music deserves an operatic treatment just as surely as his tragic life. Serving up a harmonic structure that readily borrowed chords from other keys and what might seem a disregard for meter that was actually a celebration of its potential, Parker is Brahms chasing Wagner, riding on a saxophone.

Composer Daniel Schnyder and librettist Bridgette A. Wimberly set out to tell a jazz story in an entirely jazz idiom. Wimberly’s poetry repeats itself again and again, sometimes with slight variation, and Schnyder’s music layers itself like the cloud that is always in motion even when it appears to be a painting. But without regular departures into other stylings, does jazz, so ably lulling the soul via miniscule surprises adrift in a sea of rich harmony, lend itself to storytelling?

There isn’t a weak link in the casting of this production. Angela Brown, Rachel Sterrenberg, Angela Mortellaro and Krysty Swann are all possessed of vibrant vocal talents. Will Liverman is terrific as Dizzy Gillespie.

We now have the ninety-minute opera, as we do the ninety-minute play. It is difficult for the creators to convince me that this construct is more than a ploy to make a one act into an evening. Such is the case with “Yardbird.” There would be no shame in the re-envisioning of this piece to make the plotting match the magic the music and characters spark with regularity.

Lawrence Brownlee reprises his original portrayal of Parker. His vocal and personal magnetism are not to be missed. If there’s a ticket left for Sunday, you better get your name on it. (Aaron Hunt)